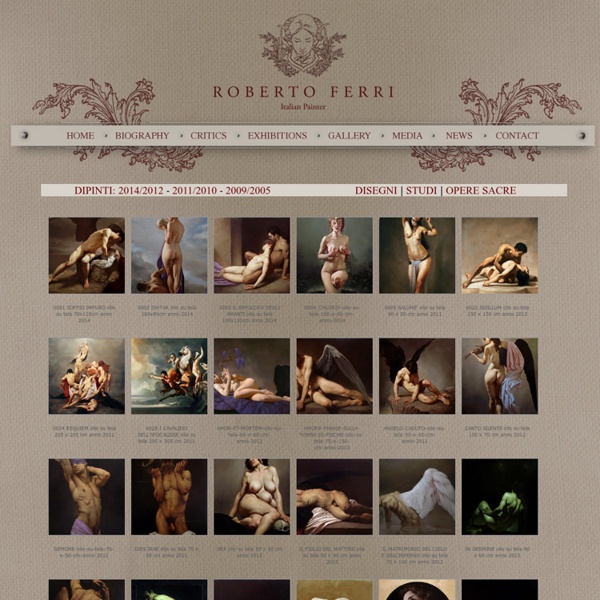 Technical Insights from “Not Far from Home” #20 « daniel gerhartz April 2, 2012 Warm, Cool, Warm… One of the key elements that I have taken away from years of painting from life is the heightened awareness of the warm /cool interplay on the subject as the form turns. I know I have mentioned this on previous posts, but its importance bears mentioning again. In these details, you can see the transitions from warm to cool inter-playing throughout the forms, but most specifically where noted with letters W (warm) C(cool). This study of warm and cool as it relates to light and form is discussed and demonstrated in great detail in our re-released Video “Her Mother’s Locket”. To purchase “Her Mother’s Locket” instruction, please click painting. Click image to see preview trailer…Thanks Enjoy! Like this: Like Loading...

Liz Clements Illustration somefield Photographer Turns his 91-Year Old Grandma into a Superhero to Cheer Her Up A few years ago photographer Sacha Goldberger found his 91-year-old Hungarian grandmother Frederika feeling lonely and depressed. So to cheer her up, and put a spark back into her life, he turned her into a superhero! He took a series of awesome photographs of her wearing costumes in unusual superhero type posses. Frederika isn't only a superhero in these photos, but she was a real hero during World War II. Frederika was born in Budapest 20 years before World War II. These photos are great, and they definitely put a smile on my face.

Choi Xooang (click images for detail) All at once delicate and nightmarish these painted polymer clay figures by Seoul-based artist Choi Xooang are nothing short of remarkable. Try as I might it’s hard to find a definitive, trustworthy article to source information from, and even the spelling of his name seems to change from site to site. However it seems generally accepted that Xooang is attempting to draw attention to human rights abuses in Korea, and seeing these somewhat macabre, stunted figures unable to see or speak, it’s hard to dispute that. You can see much more of his work at Mu Um and Slash, though be warned it’s somewhat graphic (generally nudity).