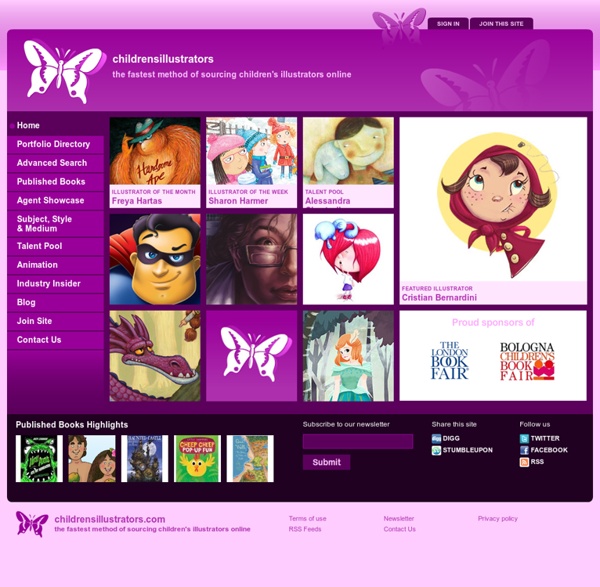 How do I become … an illustrator | Money Cliff Wright had spent years painting woodland animals for children's book's when the call came from publisher Bloomsbury. "They wanted me to illustrate the cover of a book called Harry Potter and the Chamber of Secrets," he says. "I'd never heard of Harry Potter at that point, so it was just another job for me." The first book in JK Rowling's series had been illustrated by a young graduate from art college and, following its success, the publisher had decided to recruit a more experienced illustrator for the sequel. "I didn't have time to read the whole manuscript so I went with their suggestion of the flying car," says Wright, 49. Wright was the first to depict Hogwarts Castle, Hedwig the owl, the flying Ford Anglia and the airborne Hippogriff, and those rough sketches are now collectors' items – the original artwork for Chamber of Secrets raised £85,000 at auction. "A lot of artists can't draw children because their energy is so difficult to capture," he says.

The Best American Cities for Artists and Designers In January of this year, Artbistro published a list of the 25 best cities in America for artists and designers to live in. The results might surprise you as it’s not just a roundup of the usual suspects and the list is notably heavy on smaller cities. In creating the list, Artbistro (which is a division of Monster.com, the ginormous job-hunting site) first narrowed the field down to cities with vibrant art and design scenes and then focused primarily on cost of living and other economic factors. So keep that in mind as you browse. Whether you’re looking for a new scene, hunting for work or just want to see how your city stacks up, click through for the full list. 25. Louisville is a charming southern belle of a city with a derby full of galloping job opportunities. 24.Hartford, CT Hartford boasts some of our nation’s oldest institutions — the oldest art museum, park and continuously published newspaper all hail from Hartford. 23. 22. 21. 20. 19. 18. 17. 16. 15 Nashville 14. 13. 12. 11. 9.

Publisher | Planeta Tangerina Publisher Out there – A guide to discovering nature Even if we live in a big city, there is always nature outside: clouds and stars, trees and flowers, rocks and beaches, birds, reptiles or mammals.What are we waiting for?Let’s jump off the couch and begin exploring! Latest... Planeta Tangerina: best european publisher Planeta Tangerina was elected Best Children's Publisher/ Europe in the last edition of Bologna Children's Book Fair. 9/4/2013 | ler mais... "The Island" selected in Bologna Awards The book The Island, by João Gomes de Abreu (texto) and Yara Kono (illustrations), won a Jury’s Mention in the Opera Prima category in 2013 Bologna Ragazzi Awards. 12/3/2013 | ler mais...

Dibupoly Will Terry - Children's Book Illustrator About Will Terry Will Terry Illustration About will@willterry.com Short bio: Will Terry has been a freelance illustrator for 23 years. The rest of the story... Now that we have to boring stuff out of the way - read on if you want to find out details like the fact that I’ve been hit by not one but two cars...I’m just not that easy to kill...or the fact that I can state all 44 prepositions in alphabetical order in 20 seconds from memory - a bet I had with my father when I was in 7th grade that I can’t seem to shake...or that my mom taught John Lithgow in the third grade and she used to tell us that he was “very quiet” and “not at all like an actor”...or how I saved our family of seven from drowning in the dismal swamp in North Carolina when I was 14 - true story. I used to pretend to read when I was in elementary school because I hated reading so much. I love to blog! I love to vlog! I love to teach. I love to illustrate. I love to work on my own projects. I love my family. Guest Speaking: BYU Idaho SCBWI Utah

Bobby Chiu | Imaginism Studios Inc. Bobby Chiu is our Founder and Creative Director Bobby’s art career started at the age of two with a box of crayons and his family’s white living room walls. He got his first professional art job at the age of seventeen, designing Disney, Warner Bros., and Star Wars toys. Bobby has since won a number of awards for his independent work and is featured perennially in various juried art annuals and magazines. What Bobby loves most about being an independent artist: "I’m in full control over what I do. Bobby currently lives and works in Toronto, Canada.

Peter de Sève © 2015 Peter de Sève :: site design by bKd untitled Yes, there are Arthur Rackham images on this page! I probably have more Arthur Rackham art online than anywhere else on the net ("puffs up chest proudly"). However, this page came to load so slowly that many people experience incomplete page load. To remedy that, I've created links to subpages. All the images are still there and I have more yet to scan and post. About Arthur Rackham Arthur Rackham's (1867-1939) haunting and dreamlike style has added to the enchantment and fantasy of the children's literature and his imitators are many. Arthur Rackham began his career as a prolific English illustrator at the end of the 19th century. Arthur Rackham married Edyth Starkie in 1903. Rackham was made a full member of the Royal Institute of Painters in Watercolour in 1908. He studied drawing at evening classes at Lambeth School of Art (1884) for 7 years, at the same time that he was working full-time in insurance. Rackham Art Images at Art Passions Recent Additions and Changes Girl Beside a Stream