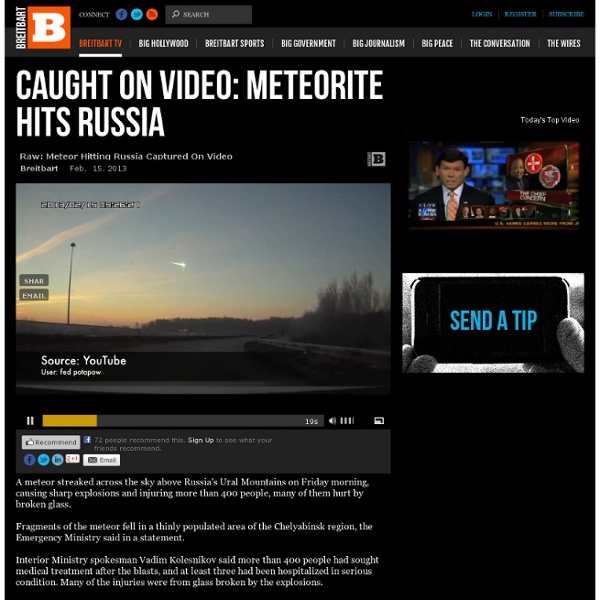 Mitt Romney, Newt Gingrich trade blows in Florida And Gingrich, desperate to avoid a rout in the biggest primary contest so far, called the former Massachusetts governor both a liar and a liberal. “I am, in fact, the heir to the Reagan movement, not some liberal from Massachusetts,” Gingrich told a crowd of thousands here at The Villages retirement community. But it was Romney who claimed momentum as the two leading contenders set off on a final campaign sprint across Florida. An NBC News-Marist poll showed Romney leading Gingrich 42 percent to 27 percent, and a Miami Herald-Tampa Bay Times-El Nuevo Herald poll had Romney with a similar lead, 42 percent to 31 percent. The poll by the Florida newspapers showed Romney — who lost the primary four years ago to the eventual nominee, Sen. John McCain (Ariz.) — ahead in every region of this vast state, though the race appears closest in conservative northern Florida.

Behind the numbers: Romney's Tuesday disaster As good as Rick Santorum’s night was Tuesday in Colorado, Minnesota and Missouri, Mitt Romney’s was that bad, and worse. In all three states Mr. Romney, a former Massachusetts governor, won fewer voters than he did in 2008, signaling that he hasn’t been able to hold onto those who turned out to pull the lever for him last time. In Minnesota in 2008 he won nearly 26,000 voters in the caucuses, while on Tuesday he won fewer than 10,000. In Missouri’s primary his take dropped from 172,329 votes to just 63,826. And in Colorado’s caucuses he won more than 33,000 votes last time but fell 10,000 votes shy of that this year.

Mitt Romney says Newt Gingrich is 'like Goldilocks' Mitt Romney delivered a new zinger against Newt Gingrich in an event in Orlando just now, mocking him over his complaints about this week's debates. "I had fun last night, I gotta tell you," Romney said. "Now Speaker Gingrich said after the debate before last night that the crowd wasnt allowed to cheer so he couldn't do so well because the crowd was too quiet. "Then last night he said the crowd was too loud, he couldn't deal with it. It's like Goldilocks, you know - the porridge is too hot, the porridge is too cold. Look, I'm looking forward to debating Barack Obama.

Santorum stunner: Sweeps 3 GOP contests DENVER -- It took one night for Rick Santorum to become a player again in the Republican presidential race. The former Pennsylvania senator came out on top in the voting in all three contests Tuesday night, including an unexpected five-point victory in Colorado's caucuses. Santorum also won the Minnesota caucuses, by an 18-point margin, and he won by 30 points in the Missouri primary. Santorum moves on without any new delegates, but with plenty of momentum. Gingrich struggles to nip perceptions that his campaign is stalling In an interview with The Washington Post, Gingrich said he was stunned by Romney’s debate performance the previous evening, which he characterized as “the most blatantly dishonest performance by a presidential candidate I’ve ever seen.” Gingrich’s campaign is at a crucial juncture in Florida, where he has seen his fortunes reversed just days before Tuesday’s primary. Gingrich arrived here with momentum after his huge win in South Carolina, but a Quinnipiac poll released Friday showed that Romney had regained a solid lead. The Quinnipiac poll, conducted Jan. 24 to 26, shows Romney leading Gingrich 38 percent to 29 percent among likely GOP voters in Florida.

Romney’s wife wows crowd at Hispanic conference DORAL – Before Feliciano Ramirez heard Mitt Romney speak today, he was all-but certain he was going to vote for Newt Gingrich. “He can really debate Obama on all of the issues because he’s a Washington insider,” Ramirez said, echoing the sentiments of many recent converts to the Gingrich camp. However, after hearing the two candidates deliver back-to-back speeches at the Hispanic Leadership Network, Ramirez’s vote in Tuesday’s GOP primary wasn’t so certain.

Rubio: Florida Primary Winner ‘To Be Nominee Of Our Party’ News Get Breaking News First Receive News, Politics, and Entertainment Headlines Each Morning. Ron Paul calls for diplomatic relations with Cuba - latimes.com Mitt Romney, left, and Rep. Ron Paul of Texas participate in a debate sponsored… (Joe Raedle / Getty Images ) Ron Paul took a risky position in Florida in Thursday’s debate, calling for communication and diplomatic relations with Cuba, saying that people's positions have changed dramatically over the last few years. Paul said that Cuba isn’t going to invade the U.S. any time soon, and that Americans weren’t looking under their beds anymore, worried. Mitt Romney and Newt Gingrich followed by pledging to continue the economic embargo on Cuba and to take any action short of military invasion to upend the government of Raul Castro. Paul’s position is a potentially dangerous one in Florida, a state with a influential voting bloc of conservative Republicans from Cuba who have long favored aggressive policies toward Havana.

Gingrich, Romney clash over immigration, Freddie Mac, moon Front-runners Mitt Romney and Newt Gingrich spar in the final Florida debateRomney forcefully defends his personal wealth as good for AmericaRick Santorum attacks Romney on his Massachusetts health care reform planThe candidates also argue over immigration and going to the moon What did you think of the debate? Share your thoughts in a short video. Jacksonville, Florida (CNN) -- Republican presidential hopefuls headed into the homestretch of the critical Florida primary campaign Friday after a riveting debate that analysts believe gave Mitt Romney a boost over fellow front-runner Newt Gingrich. Florida voters will decide Tuesday who gets the biggest delegate haul so far of the GOP presidential race, and the CNN/Republican Party of Florida debate provided the four candidates with their final chance to face one another on the same stage in the increasingly vitriolic contest. Debate was Newt's 'last chance'

Liberal Groups Target Romney in Florida - Niraj Chokshi A handful of liberal groups are planning a Florida assault on Mitt Romney, including an at least $1 million ad buy, The Washington Post reports. The ad buy from the American Federation of State, County and Municipal Employees, the largest public employee union in the U.S., will focus on Romney's stewardship of Bain Capital, the private-equity firm he co-founded. A Spanish-language radio campaign criticizing Romney's immigration stance has also been launched by the Service Employees International Union and the pro-Obama super PAC, Priorities USA Action. The ad buys suggest that Democrats think they can derail Romney's campaign, The Post reports. Unions and other groups normally run political ads in general elections, but weighing in on a primary race is unusual, strategists told The Post. A Romney spokeswoman assailed the push as a Democratic stategy to "kill Romney" and likened it to the way the Obama campaign targeted Hillary Rodham Clinton in 2008.

Politics - Jan 25, 2012 - Castro lambasts US Republican primary as idiotic January 25, 2012Paul Haven Fidel Castro lambasted the Republican presidential race as the greatest competition of "idiocy and ignorance" the world has ever seen in a column published Wednesday, and also took shots at the news media and foreign governments for seizing on the death of a Cuban prisoner to demand greater respect for human rights. Castro's comments came in a long opinion piece carried by official media two days after Republican presidential hopefuls at a debate in Florida presented mostly hard-line stances on what to do about the Communist-run island, and even speculated as to what would happen to the 85-year-old revolutionary leader's soul when he dies. Cuba has become an important issue as the candidates court Florida's influential Cuban-American community in an effort to win the biggest electoral prize so far in the primary season.

Time Poll: Dead heat in Florida ahead of debate Jacksonville, Florida (CNN) - One day before the final GOP presidential debate in Florida, it's all tied up between Mitt Romney and Newt Gingrich, according to a new survey. A CNN/Time/ORC International Poll also indicates that while Gingrich surged following his 12-point victory in Saturday's South Carolina primary, his momentum appears to be quickly cooling off. CNN LIVE: Tune in Thursday at 8 p.m. ET for the CNN/Republican Party of Florida Debate hosted by Wolf Blitzer and follow it on Twitter at #CNNDebate.

New GOP Contender TAMPA, Fla. — Former Republican National Committee Chair Michael Steele said the idea that another GOP presidential contender could enter the race in February is “just outright stupid.” “There are 13 states after Florida that still have deadlines that are open, that haven’t been reached yet and anyone can jump in — but that means you’re only on the ballot in 13 states,” Steele told The Daily Caller in the spin room after Monday night’s GOP debate in Tampa. “I think any conversation about having someone else come into this race at this point is not even feasible, it’s just outright stupid.” Unhappy with the current crop of Republican presidential contenders, some conservative opinion leaders and Republican activists, including Weekly Standard editor Bill Kristol, have argued that it is still not too late for another big-name candidate — like former Florida Gov. Jeb Bush or Indiana Gov.