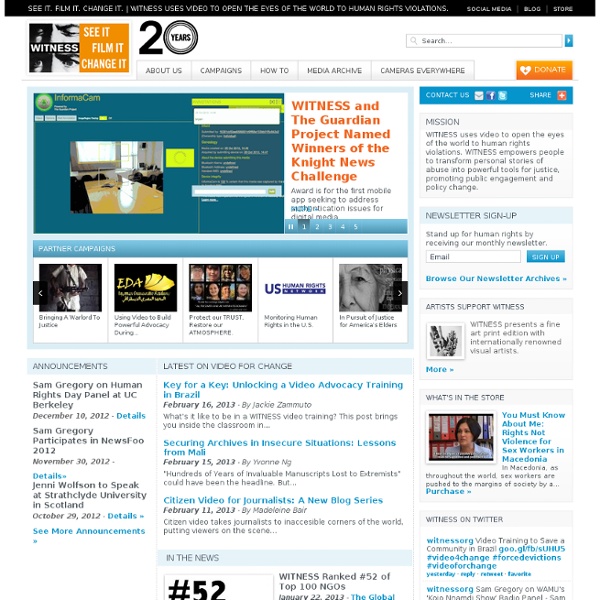 Paul Virilio Two attitudes are possible with respect to these new technologies: one declares them a miracle; the other—mine—recognizes that they are interesting while maintaining a critical attitude. The imminent home installation of domestic simulators and virtual space rooms for game-playing, poses many questions, and in particular this one: "What is a game once the virtual invades reality?" There are two ways of understanding the notion of play: playing cards, dominos, checkers; or the play of a mechanical part when it is loose in its housing. I think, in fact, that the second is the angle from which we should envision play today. What is at play in this case is an illness different from that associated with traditional games and provoked by chance. I am not a big player. The actor Louis Jouvet wrote, "Everything is suspect, except the body and its sensations." PAUL VIRILIO: Yes, but it's a narcissism that is expanding. PAUL VIRILIO: Those are the thaumaturgists, the miracle-criers.

GovTrack.us: Tracking the U.S. Congress "Interactive Cinema" Is an Oxymoron, but May Not Always Be by Kevin Veale Abstract "Interactive Cinema" is a term that has been associated with videogames within historical media discourse, particularly since the early nineties due to the proliferation of CD-ROM technology. It is also a fundamental misnomer, since the processes of experiential engagement presented by the textual structures of videogames and cinema are mutually exclusive. The experience of cinematic texts is defined, in part, by the audience's lack of ability to alter events unfolding within the film's diegesis. However, there has been a recent development that suggests a bridge between these two structures: texts which are less defined by their ludic qualities than by a set structure - but where the affective qualities of the experience rely entirely on the direct involvement of the person engaging with the text. Key Words: Affect, alterbiography, ergodicity, interactive cinema, phenomenology, responsibility, tmesis, textual structure, world-of-concern Introduction

Data.gov Games as transformative works | Carlson 1. A deceptively simple question [1.1] With the U.S. release of the Nintendo Wii in 2007, a series of commercials were launched that depicted two Japanese salarymen—clad in suits and driving a tiny car—knocking on the doors of Americans. "Wii would like to play," they said offering up the Wii Remote as they bowed. In one version, the two men ring the door of a white suburban family and proceed to play virtual tennis with them, pausing only to sample the family's lemonade. [1.2] The light-hearted tone of these commercials—and the seeming techno virginity of the people approached by the salarymen (most don't conform to the prevalent image of a gamer; instead, they are grandparents, mothers, families)—reflects Nintendo's intentions to target a new gaming audience with the Wii. [1.5] The massive success of the Nintendo DS (and so-far seemingly similar success of the Wii) has given rise to a new debate: What constitutes a "videogame?" 2. 3. 4.

untitled The right to free speech faces the strongest challenges during times of crisis. Whether or not any of us agree about each particular decision made to prevent public access to sensitive information, it is the Electronic Frontier Foundation's responsibility to chart any such efforts so that we as a society are at least aware of what is no longer available to us. This page attempts to convey the chilling effect that responses to the terrorist attacks of September 11, 2001, have had on information availability on the Internet as well as some sense of the effect on people trying to provide this information. Currently, this page tracks the following: If you know of a anti-terrorism chilling effect that should be listed here, please use our contact form Feel free to mirror this page on other websites, just please link back to the original on this page. Websites Shut Down by US Government DEA to Redirect Seized Websites The U.S. ATF Fails to Poindexcise Bomb Threat Info No URL Left Behind? U.S.

Douglas Engelbart’s Unfinished Revolution Doug Engelbart knew that his obituaries would laud him as “Inventor of the Mouse.” I can see him smiling wistfully, ironically, at the thought. The mouse was such a small part of what Engelbart invented. We now live in a world where people edit text on screens, command computers by pointing and clicking, communicate via audio-video and screen-sharing, and use hyperlinks to navigate through knowledge—all ideas that Engelbart’s Augmentation Research Center at Stanford Research Institute (SRI) invented in the 1960s. But Engelbart never got support for the larger part of what he wanted to build, even decades later when he finally got recognition for his achievements. To Engelbart, computers, interfaces, and networks were means to a more important end—amplifying human intelligence to help us survive in the world we’ve created. That inspired Engelbart, a young electrical engineer, to come up with the idea of people using screens and computers to collaboratively solve problems.

Code to Joy: The School for Poetic Computation Opens Taeyoon Choi, one of the school’s instructors, will teach “The Poetics of Circuitry.” These notes are from a similar course he teaches on how to control a physical pixel using electronics. New computer science graduates jumped by nearly 30 percent last year, and a bevy of professionally oriented programming courses have erupted to teach start-up ready skills like, “How to Build a Mobile App.” So it makes sense that programming is widely considered to be this generation’s “Plastics” — a surefire professional skill that can bring success, security and maybe even stock options. But fewer people talk about how programming and engineering can be used for pleasure, beauty or surprise. Now, four people with a variety of backgrounds — in computer science, art, math and design — have banded together in Brooklyn to rethink how programming is taught. In contrast, the School for Poetic Computation is taking a different approach. The school’s motto? Their first class begins on Sept. 16th.

You Played That? Game Studies Meets Game Criticism At the 2009 Digital Games Research Association conference, I participated in a panel organized by David Thomas, "You Played That? Game Studies Meets Game Criticism." The other panelists were William Huber, Margaret Robertson, and José Zagal. What is game criticism? What follows is my position paper on the topic, as it appeared in the conference proceedings. Even though Marshall McLuhan devotes a few pages to games in Understanding Media (covering the way games extend man the social animal), he doesn't account for either the computer or the videogame, neither of which had gained popular adoption when he was writing in the early 1960s. Might we conclude: videogames are the first creative medium to fully emerge after Marshall McLuhan. By the time videogame studies became a going concern, McLuhan was gospel. McLuhan doesn't care about "content"; such is the core premise of his famous aphorism, "the medium is the message." The problem is, McLuhan gets it wrong, wrong in part anyway.

This Man Has a Train, an Army of Artists, and an Entire Nation for a Gallery | Underwire Prosthetic Knowledge Picks: Net Artist Music Videos The latest in an ongoing series of themed collections of creative projects assembled by Prosthetic Knowledge. This edition brings together music videos by artists for whom the internet is a primary medium. Rosa Menkman, ‪03: Karate aka ☵ ☲ // 010 101 // kǎn lí‬. GIF extract from music video for Little Scale. The terms "net art" and "music video" are, while useful, close to becoming retronyms. With electronic technology becoming more easily available and ubiquitous, we are in a time where "new media" is not necessarily "new". Music videos (or at least, how music is promoted and delivered) are also changing—we are seeing more and more examples which are not necessarily traditional viewing experiences. Despite these shifts, though, both are still enjoyable cultural forms with plenty of creative possibilities still to be explored. Rosa Menkman, ‪03: Karate aka ☵ ☲ // 010 101 // kǎn lí‬ Lorna Mills, Money 2 Money 2 is a collaboration with Yoshi Sodeoka who created the music.

Opinion: Let's Play crackdown is an attack on game culture Gamasutra news editor Kris Ligman believes more will be lost than a few silly videos if game studios like Nintendo continue to crack down on Let's Play videos of their work. Let's Plays: They're videos of captured game footage, usually with voice commentary. Occasionally interesting, often terrible. What more needs to be said? A lot, actually. Recently, Nintendo claimed the rights to an untold number of Let's Play videos on YouTube, taking over ad revenue which previously went to uploaders. What I most worry about is the precedent it sets. A bit of a history lesson. "I wanted to show people outside the game community how lovingly detailed the world of GTA was, considering it could have been (for the purposes of the game) a caricaturish sketch of urban blight," Munroe told me. "Let's Plays have moved on from exclusively showing off a game just for people who haven't played it," Baldur Karlsson, administrator of the Archive, said in a 2011 interview. I don't want to end on a sour note.

Artists Re:Thinking Games Editors Ruth Catlow, Marc Garrett, Corrado Morgana. Digital games are important not only because of their cultural ubiquity or their sales figures but for what they can offer as a space for creative practice. Games are significant for what they embody; human computer interface, notions of agency, sociality, visualisation, cybernetics, representation, embodiment, activism, narrative and play. Over the last decade artists have taken the engines and culture of digital games as their tools and materials. This publication looks at how a selection of leading artists, designers and commentators have challenged the norms and expectations of both game and art worlds with both criticality and popular appeal. In collaboration with FACT - Publisher: Liverpool University Press (31 Mar 2010) Language English ISBN-10: 1846312477 ISBN-13: 978-1846312472