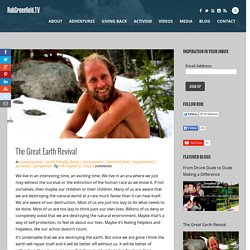 Lucent. The mother pigs are rigidly confined within a cage so constrictive that it only allows for the faintest of single steps. 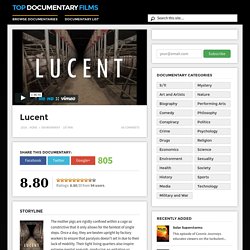 Once a day, they are beaten upright by factory workers to ensure that paralysis doesn't set in due to their lack of mobility. Their tight living quarters also inspire extreme mental anguish, producing an agitation so profound that many sows have resorted to furiously biting the bars that enslave them, perpetuating further injury upon themselves in the process. They endure a constant cycle of impregnation, and due to malnourishment and lack of proper care, they are often forced to watch their babies die and decompose before them.

Their bodies are streaked with the scars and open festers of neglect, and their screams echo and multiply down every corridor of these chambers of horror. Paul and the Word. The Lightning-Scarred Planet Mars. Few planets have been the subject of more intense study than Mars. 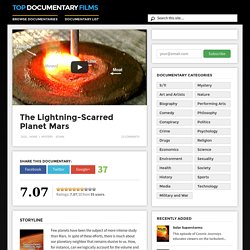 In spite of these efforts, there is much about our planetary neighbor that remains elusive to us. How, for instance, can we logically account for the volume and depth of various craters and ridges that scar the surface of Mars? So begins the journey of The Lightning-Scarred Planet Mars (second episode from the Symbols of an Alien Sky), a riveting dissection of each prominent formation present on the planet's surface, and theories which propose answers for how they originated. Once considered a barren wasteland void of any measure of activity, our understanding of the planet Mars has evolved significantly over time. Yet, modern cosmology frequently falls back on antiquated theories when trying to explain the planet's endless grooves, indentations, carvings and gouges. The Cove. The Cove begins in Taiji, Japan, where former dolphin trainer Ric O’Barry has come to set things right after a long search for redemption. 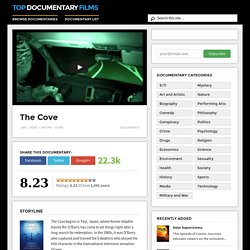 In the 1960s, it was O'Barry who captured and trained the 5 dolphins who played the title character in the international television sensation Flipper. But his close relationship with those dolphins – the very dolphins who sparked a global fascination with trained sea mammals that continues to this day - led O’Barry to a radical change of heart. One fateful day, a heartbroken Barry came to realize that these deeply sensitive, highly intelligent and self-aware creatures so beautifully adapted to life in the open ocean must never be subjected to human captivity again.

This mission has brought him to Taiji, a town that appears to be devoted to the wonders and mysteries of the sleek, playful dolphins and whales that swim off their coast. But in a remote, glistening cove, surrounded by barbed wire and “Keep Out” signs, lies a dark reality. Evolution Vs. God (2013) Evolution Vs. 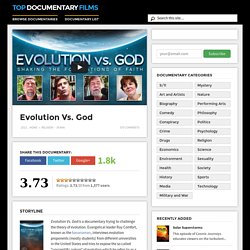 God is a documentary trying to challenge the theory of evolution. Evangelical leader Ray Comfort, known as the bananaman, interviews evolution proponents (mostly students) from different universities in the United States and tries to expose the so called "unscientific nature" of evolution which he refers to as a "blind faith", not science. The film tries to show intelligent design as a competing theory and suggests that the academe continues to bully intelligent design as an option. The film also aims to get some evidence for Macroevolution. Ray Comfort uses cheap tactics to achieve his goals. Stunningly, Ray argues about two vestigial organs, found in humans, in order to "debunk" the theory of evolution.

SHADE the Motion Picture (2013) The intention of this film is to provide the viewer with a wealth of factual information that he or she may not have been aware of, or have disregarded in the past as not having merit. 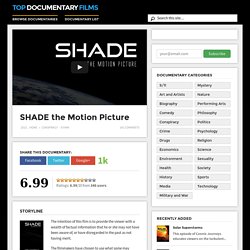 This is the third installment from the series The Collective Evolution in which the authors claim that there's a rebellious fluctuation stirring every aspect of our planet. 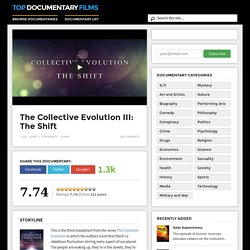 The people are waking up, they're in the streets, they're educating themselves, and they're demanding change. It seems the days of the quiet citizen are becoming numbered as more and more grow tired of our current ways. In 2011, Time magazine gave person of the year to the "protester. " As they stated in the cover story themselves, "massive and effective street protest" was a global oxymoron until - suddenly, shockingly - starting exactly year ago, it became the defining trope of our times.