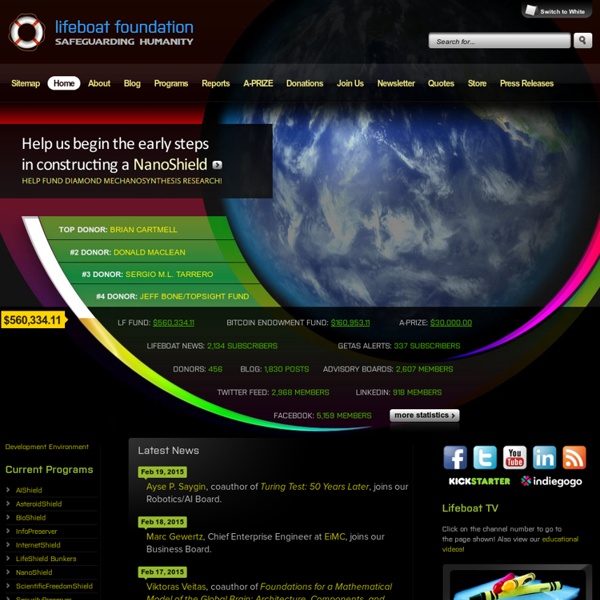 New Quasiparticles Found Scientists from the Weizmann Institute of Science in Israel have demonstrated, for the first time, the existence of quasiparticles with one quarter the charge of an electron. Quasiparticles are formed from the interactions of multi-particle systems, and act effectively as independent particles. Quasiparticles are known for having a fraction of the charge of an electron, but until now all the quasiparticles that were discovered had an odd denominator. The special attribute of an even denominator in the recently discovered quasiparticles may be the first step towards powerful and stable quantum computers. In order to create quasiparticles the researchers had to confine electrons to a two-dimensional layer inside a semiconductor which in turn was cooled to a fraction of a degree above absolute zero, then exposed to a strong magnetic field that was perpendicular to the layer.

Outlets of the Future aka in-wall USB Charger 1. Plug the Mini USB chargers into the outlets. Because the USB ports are off center I decided to put them both toward the center. I think it looked better than having them the same direction or both on the outside. 2. Category:International nongovernmental organizations From Wikipedia, the free encyclopedia Subcategories This category has the following 26 subcategories, out of 26 total. Pages in category "International nongovernmental organizations"

Breakthrough in Thin-Film Solar Cells Scientists at Johannes Gutenberg University Mainz (JGU) in Germany have recently reported a breakthrough in their search for more efficient thin-film solar cells. Such cells could help create better solar receptors, improving both capacity and utilization of current devices – resulting in more realistically efficient sources for alternative energy. The new study shows that the new potential efficiency is 30%, a significant increase in comparison to contemporary cells that have only about 20% efficiency. Using computer simulations, the scientists investigated ways to improve the performance of CIGS thin-film solar cells; these are important since they are only a few micrometers thick, and offer savings on material and manufacturing costs. Currently, CIGS thin-film solar cells absorb the sunlight through a thin layer made of copper, indium, gallium, selenium, and sulfur.

This Day In History This Day in History: April 11th Today in History: April 11, 1931 Dorothy Parker was a writer, poet and satirist whose quick turns of phrase made her a favorite among many prominent Jazz Age newspaper columnists. Along with Robert Benchley Hallmarks of PGA 1. A very clear rejection of capitalism, imperialism and feudalism; all trade agreements, institutions and governments that promote destructive globalisation. Tales of Future Past It wasn't that long ago that we had a future. I mean, we have one now; the world isn't going to crash into the Sun or anything like that. What I mean is that we had a future that we could clearly imagine. The future wasn't tomorrow, next week, next year, or next century. It was a place with a form, a structure, a style.

02002-02029 (27 years): By 2029 no computer - or &machine intelligence& - will have passed the Turing Test. - Long Bets - StumbleUpon The Significance of the Turing Test. The implicit, and in my view brilliant, insight in Turing's eponymous test is the ability of written human language to represent human-level thinking. The basis of the Turing test is that if the human Turing test judge is competent, then an entity requires human-level intelligence in order to pass the test. The human judge is free to probe each candidate with regard to their understanding of basic human knowledge, current events, aspects of the candidate's personal history and experiences, as well as their subjective experiences, all expressed through written language. As humans jump from one concept and one domain to the next, it is possible to quickly touch upon all human knowledge, on all aspects of human, well, humanness.

Black Holes in Star Clusters Stir Time and Space Astronomers at the University of Bonn’s Argelander-Institut fuer Astronomie have recently published a study that suggests novel techniques to simulate the movement of black holes in star clusters, providing a new method to detect the merging of black holes. Their idea might be the basis for a future field called “gravitational wave astronomy”. The common premise is that most stars are born in clusters, evidently forming the massive star sets we call galaxies. Rationality Over the last several decades, science has developed a new picture of how we succeed or fail to seek true beliefs and achieve our goals. The heuristics and biases program in cognitive psychology has exposed dozens of major flaws in human reasoning, and along with them, insight into the mental processes that produce these flaws. Bayesian probability theory and decision theory have been used in increasingly powerful statistical methods and machine learning algorithms; I believe that they also provide a lens through which to view everyday life. Evolutionary psychology and social psychology are also telling us new and disturbing things about human nature – can we, now knowing, do any better?