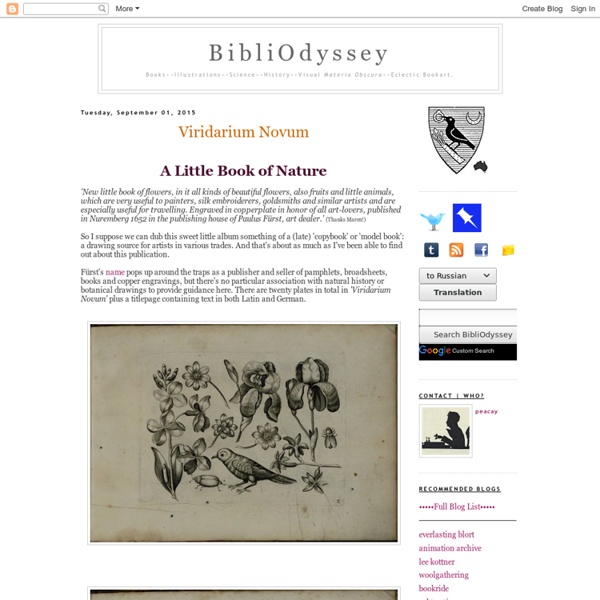 Graphic design posters by contemporary Japanese artists, hosted by Takushoku University Arts Library [link] All the images below were spliced together from screen shots. These images remain under copyright of the individual artist or their estate. 6th Contemporary Japanese Sculpture Exhibition, 1975 by Kiyoshi Awazu

ClipArt ETC: Free Educational Illustrations for Classroom Use Alphabets The Alphabets ClipArt collection offers 1,193 illustrations arranged in 43 galleries including decorative letters and numerals, complete alphabet sets, and several sign language systems. If you are looking… American History and Government The American History and Government ClipArt collection offers 2,513 illustrations arranged in 26 galleries. The images range from exploration and Colonial America, to the American Revolution and Civil… Booklover Recently (as in the past year and a half) I have been in a reading slump. I read here and there but haven’t been striving to read as much. This is kinda silly as I am studying Creative Writing and should be reading every day, thriving on literature. This hasn’t really kicked in yet.So, I would like to offer a prize?

Uncovering Toy Cameras and Polaroid Vintage Effects (With Photoshop Tutorials) - Smashing Magazine Advertisement Since its emergence, the digital photography market has gradually supplanted the traditional one. Digital compact and SLR cameras entered our lives, and some people announced the death of silver-based images. This is not all lie, and yet old-fashioned images have been particularly popular in the past few years. All we do seem to do now is try to recreate the atmosphere of those bygone times anyway. Blurry, distorted and over-saturated images are not just a fad anymore. Nieman Foundation AP photographer Anja Niedringhaus, NF ’07, shown in a 2005 file photo, was shot and killed by an Afghan police officer on April 4. Peter Dejong/Associated Press AP photographer and 2007 Nieman Fellow Anja Niedringhaus was shot and killed April 4 by an Afghan police officer while covering the run-up to the elections. In this photo essay from the Spring 2012 Nieman Reports, the 2005 Pulitzer Prize winner, who had worked on the frontlines of many major conflicts over the past two decades, reflects on work from her 2012 book “At War.” Read the AP story of Anja Niedringhaus's death.

image collection- Black And White Drawings To download click on the picture to get a full size image. Right click and "save to" your computer desktop or a folder of your choice. This is how the original wing appeared in the patent drawing. I warped it in Photoshop so that it appears as it does below and in the final character. Here are couple of extra wings that I auditioned for the character but in the end I decided not to use them. Here is the original dress form for as it appeared on the patent drawing.

The Ateneo Grand Splendid Bookstore Link: We just published our first Travel Book Argentinians are a famously literary people. In coffee shops, parks, on the bus and even while walking down city streets, their heads are often buried in a book. So it’s only fitting that Buenos Aires can lay claim to one of the world’s most incredible book stores: the Ateneo Grand Splendid.

The World of Dante Note: Many of these maps are viewable with a pan and zoom feature. Click the associated image to view the details. Inferno Chart Manga farming 12 Apr 2010 Tokyo-based artist Koshi Kawachi recently demonstrated his "Manga Farming" technique -- which uses old manga as a growing medium for vegetables -- by cultivating a crop of radish sprouts in an installation at the Matsuzakaya department store in Nagoya. [Link: Koshi Kawachi]

The Medieval Dance of Death There's an expression "to look like Death warmed over". The similar expression in Danish is "to look like Death from Lübeck". I have always wondered what this charming Christmas-city, with its great beer and overly sweet marzipan, had done to deserve such a disparaging sobriquet. "Death from Lübeck" was a 30 meter painting, showing Death in a long chain-dance with 24 humans - painted life-size - from all classes of society, from pope to infant. Death dances around in the procession, calling people to the dance, but most of the dancers-to-be try to decline.

Modeling History: Making a Stiff-Board Parchment Binding with a Slotted Spine This post comes from the 2012 Gladys Brooks conservation intern, Morgan Adams. Morgan is currently interning in the Thaw Conservation Center at the Morgan Library & Museum As the 2012 Gladys Brooks intern I had the pleasure of working with Senior Book Conservator Anne Hillam on a model of a stiff-boards parchment binding with a slotted spine, a style seen commonly in Italian bindings of the 16th-17th centuries. An example of a stiff-boards parchment binding with a slotted spine from the NYAM collection: Trincavello, De differentiis febrium, Venice, 1585. Left: Back cover and spine. Archive Library Lets You Roll Your Books Home Bookworms know that it isn’t easy to live a mobile life with a massive book collection. If you’re not quite ready to donate excess texts or replace them with electronic versions, David Garcia Studio offers an innovative solution: Archive II, a circular bookshelf propelled by walking that is currently on exhibition at Denmark’s University of Roskilde Main Library. The bookshelf isn’t ideal for long trips, but we can’t think of a better solution if you need to, say, move down the street. According to Garcia, “The average reader can read about 240 words per minute. A 300 page book normally takes 9 hours to read, non stop. I you read while you walk, you can read a book in about 43 kilometers.

Brewing beer with Python and a Raspberry Pi I started brewing my own beer more than 10 years ago. Like most homebrewers, I started in my kitchen making extract-based brews. This required the least equipment and still resulted in really tasty beer. Eventually I stepped up to all-grain brewing using a big cooler for my mash tun. For several years I was brewing 5 gallons at a time, but brewing 10 gallons takes the same amount of time and effort (and only requires slightly larger equipment), so a few years ago I stepped it up. After moving up to 10 gallons, I stumbled across StrangeBrew Elsinore and realized what I really needed to do was convert my whole system to be all-electric, and run it with a Raspberry Pi.

K40 Whisperer– K40 (Cheap Chinese Laser) Control Software After months of reverse engineering I am happy to announce that the initial version of K40 Whisperer is available for download under the GPL License. K40 Whisperer is software written to interpret SVG and DXF data and in turn communicate the design information to the K40 Laser Cutter (using the stock M2 Nano Controller board). This software is essentially a replacement for the Laser Draw (LaserDRW) software that comes with the stock K40 laser. When using K40 Whisperer the USB key that is required for Laser Draw is not required. The initial release only supports the M2 version of the K40 controller board. If I can get other K40 owners to test with other versions of the controller board future versions will support more board versions.