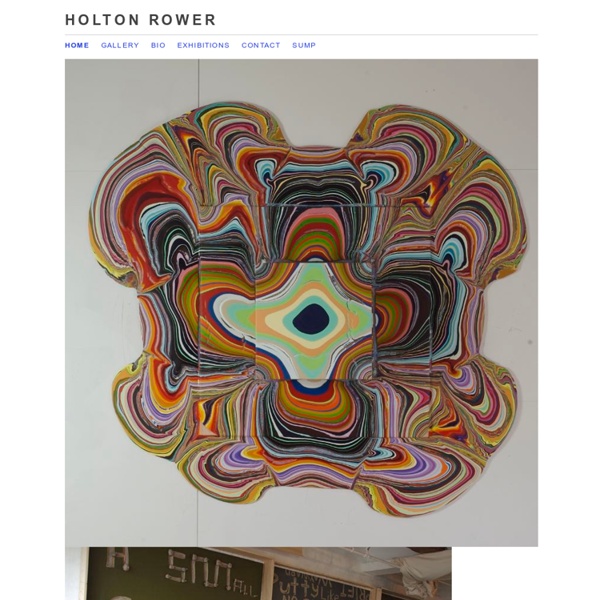 You Will Never Guess What These Sculptures Are Made Of – The Awesome Daily - Your daily dose of awesome Home / Art / You Will Never Guess What These Sculptures Are Made Of This is Haroshi. He is a self made artist who loves to create amazing sculptures and skate One day he had the genius idea of combining the two things he love the most in the world Michał Dziekan Illustrator and character designer Michal Dziekan was born and raised in small town in south-western Poland. He moved to city Wroclaw where he attended Architecture on University of Technology. After three years he left school and moved to Warsaw to work in post production studio Platige Image as a concept artist and matte painter. He stayed in Platige Image from 2007 to 2011, where working on animated commercials and films he got opportunity to gain experience in such fields as vfx compositing, motion graphics animation, animation direction and directing. During that time he was developing as an illustrator and character designer.

Martin Eder Hassan Hajjaj - Artists - Taymour Grahne Born in Larache, Morocco, in 1961, Hassan Hajjaj left Morocco for London at an early age. Heavily influence by the club, hip-hop, and reggae scenes of London as well as by his North African heritage, Hajjaj is a self-taught and thoroughly versatile artist whose work includes portraiture, installation, performance, fashion, and interior design, including furniture made from recycled utilitarian objects from North Africa, such as upturned Coca-Cola crates as stools and aluminum cans turned into lamps. Turning to photography in the late 80s, Hajjaj is a master portraitist, taking studio portraits of friends, musicians, and artists, as well as strangers from the streets of Marrakech, often wearing clothes designed by the artist. past exhibition

davidcopithorne 2013 Demo Reel Motion Graphics Seascapes Amy Shackleton Roy Lichtenstein Roy Fox Lichtenstein (pronounced /ˈlɪktənˌstaɪn/; October 27, 1923 – September 29, 1997) was an American pop artist. During the 1960s, along with Andy Warhol, Jasper Johns, and James Rosenquist among others, he became a leading figure in the new art movement. His work defined the basic premise of pop art through parody.[2] Favoring the comic strip as his main inspiration, Lichtenstein produced hard-edged, precise compositions that documented while it parodied often in a tongue-in-cheek humorous manner. His work was heavily influenced by both popular advertising and the comic book style. He described pop art as "not 'American' painting but actually industrial painting".[3] His paintings were exhibited at the Leo Castelli Gallery in New York City. Whaam!

Cabinets - SANSPARAPLUIE.COM My painting reflects images provided by memories, dreams and experiences. The representations go through an abstract mechanism and are combined randomly, allowing me to create new ideal worlds captured on wood. Each art piece presents fantasy spaces, many times dreamed of and in some way attained through the material concretion. carnovsky RGB Color est e pluribus unus RGB is a work about the exploration of the “surface’s deepness”. RGB designs create surfaces that mutate and interact with different chromatic stimulus. Carnovsky's RGB is an ongoing project that experiments with the interaction between printed and light colours. The resulting images are unexpected and disorienting. The colors mix up, the lines and shapes entwine becoming oneiric and not completely clear.