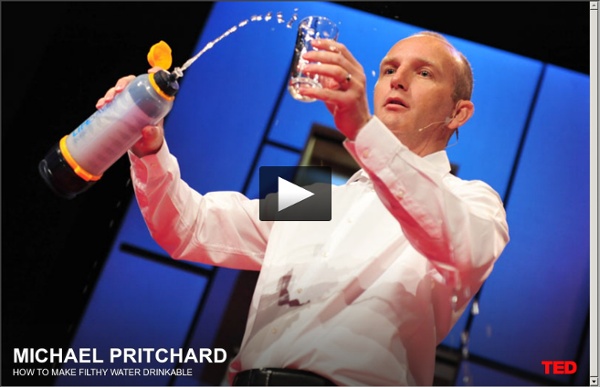 Introduction to Evacuation and Bug Out Tactics The Bug Out Bag (BOB) is a vital tool for many survivalists. The BOB is a tool intended to make it help an individual survive the evacuation and transport to a safer area or location. Examples of scenarios that can require evacuation are hurricanes, earthquakes, dam breaks or the meltdown of a nuclear power plant. Deer found in middle ocean What is that?! Can it be, really!!! It ‘s a DEER!!! Not too much of a struggle? Effective status meetings lead to successful projects One of the most valuable tools you have as a project manager is a weekly project status meeting. I approach any significant project by holding weekly project updates. These status meetings help:The new project members develop as a team.Me, as the project manager, identify weaknesses early enough to make corrections.Me, as the project manager, reinforce key points and provide early coaching.An astute project manager uses a status meeting to go beyond simply learning about how the project is progressing. A good project manager already knows that before the meeting. The meeting is actually a tool to help the project manager move the project along and coach team members on key issues that can affect deliverables. I’ve found success with several simple tools and approaches in my work as a consultant.

Spinning Spare Parts Clean crochet: A specialist weaves a blood vessel graft from human threads on a sterile tubular loom. Thin off-white threads of human cellular material spiral around the spindle of a machine that is braiding them into a sturdy rope. It sounds macabre, but the inspiration for the material, made by San Francisco–based Cytograft Tissue Engineering, is health, not horror: the biological strands could be used to weave blood vessel patches and grafts that a patient’s body would readily accept for wound repair. The process is faster and could be more cost-effective than other methods of producing biological tissue replacements.

How to Grow 100 Pounds of Potatoes in 4 Square Feet On many occasions, we've been tempted to grow our own potatoes. They're fairly low maintenance, can be grown in a pot or in the ground, last a fairly long time if stored properly, and can be very nutritious (high in potassium and vitamin C). Here's more incentive: according to this article, you can grow 100 pounds of potatoes in 4 sq. feet. Learn how after the jump... According to this article from the Seattle Times, potatoes planted inside a box with this method can grow up to 100 pounds of potatoes in just 4 square feet. All that is required:

UK scientists invent artificial petrol - Business News Boffins at Rutherford Appleton Laboratory, near Oxford have invented an ‘artificial’ petrol, which costs just 90 pence per gallon and could run in existing cars. Motorists could even be able to drive for 300 to 400 miles before needing to fill up. The breakthrough comes as average UK fuel prices have hit a record high. The new hydrogen-based fuel produces no greenhouse gases and could be available in as little as three years.

Water wars: 21st century conflicts? Click on the water conflict map to see some of Al Jazeera's coverage of an issue which could define 21st century strife The author Mark Twain once remarked that "whisky is for drinking; water is for fighting over" and a series of reports from intelligence agencies and research groups indicate the prospect of a water war is becoming increasingly likely. In March, a report from the office of the US Director of National Intelligence said the risk of conflict would grow as water demand is set to outstrip sustainable current supplies by 40 per cent by 2030. "These threats are real and they do raise serious national security concerns," Hillary Clinton, the US secretary of state, said after the report's release. Bugatti 16C Galibier Once existing only in concept form, Bugatti’s 16C Galibier is set to officially hit the production line. The four-door sedan will feature another high-powered engine with rumors including the W16 with 1,000 hp, or a more scaled-back 800 hp which utilizes only two turbochargers. The price of speed and comfort will set potential buyers back $1.4 USD million. Source: Autoblog

Alternatives: Testing Without Torture Besides saving countless animal lives, alternatives to animal tests are efficient and reliable. Unlike crude, archaic animal tests, non-animal methods usually take less time to complete, cost only a fraction of what the animal experiments that they replace cost, and are not plagued with species differences that make extrapolation difficult or impossible. Effective, affordable, and humane research methods include studies of human populations, volunteers, and patients as well as sophisticated in vitro, genomic, and computer-modeling techniques. Bug-out bag Off-the-shelf Red Cross preparedness kit . A bug-out bag[1][2] is a portable kit that contains the items one would require to survive for seventy-two hours[3][4] when evacuating from a disaster. The focus is on evacuation, rather than long-term survival, distinguishing the bug-out bag from a survival kit, a boating or aviation emergency kit, or a fixed-site disaster supplies kit. The kits are also popular in the survivalism subculture.[5] The term "bug-out bag" is related to, and possibly derived from, the "bail-out bag" emergency kit many military aviators carry. In the United States, the term refers to the Korean War practice of the U.S.

The Light Bulb Effect - Bulb Candles by Helbert Ferreira & Remi Melander - SYSTEM DESIGN STUDIO The Light Bulb Effect Let me put on my monocle and tell you a story. You see long ago before Swan or Edison invented the lightbulb, people used candles. When lightbulbs became the norm, the candle went the way of the wind. DUH right?