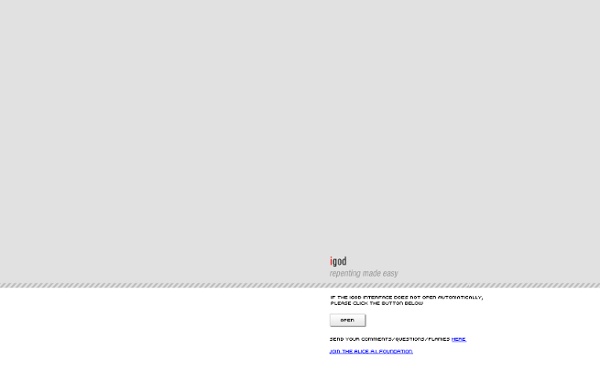 5 Tips For Butchering Your Life...So You Can Finally Live Emancipating One’s Self Takes Patience, Grace and a Level of Brutality In Order to Hack Away at That Which Doesn’t Serve In Growth I had been a free-spirited artist who put my dreams, passions and convictions aside to adopt a life that I thought was necessary in order for me to ‘grow up’ and ground myself. You know…to live the American Dream. I became a wife to a safe man who took care of me financially, while taming me into ordinary. Then I woke up. 2013 was when I purposely and methodically butchered away my life, my Self, the heavy skin from 10 years of marital and personal discord, as well as sever the restraints of that which I had grown to know as my cage. I was left in pieces—hacked, chopped, bloody and raw. That was the most challenging and painful set of events in my entire life thus far. As the dust has begun to settle around broken debris of framework, I can now more clearly see the crystal blue sky and the seemingly infinite space around me. 1. 2. 3. 4. 5. Relephant Reads:

Om Nom Nom Nom » WelcOMe NOM NOM NOM The Top 10 Free Time Wasting Sites on the Net Do you enjoy number games? If so, 2048 will quickly become your favorite time waster. I wasted nearly an hour of perfectly good time the first time I played 2048. Using only your keyboard's arrow keys, move the numbered tiles around together. Once two of the same numbers are next to each other and can slide together, they're added up. Keep going, with the ultimate goal of making a 2048 tile. 2048 can also be played via the web browser on your phone from this link. Note: 2048 is very similar to, but not associated with, the 1024 iTunes game and the very popular THREES, available for both Android and iTunes.

How Meditation Changes Your Brain Frequency As yogis have known for centuries and scientists can now prove, the benefits of meditation are profound. Meditation is perhaps the most crucial instrument to harness the power of thought, cultivate more peace, clarity and happiness. Learning to train the brain and focus our attention is crucial to thriving and cultivating a peak performance in any endeavor. Longtime psychotherapist Dr. There are five major categories of brain waves, each corresponding to different activities. Slower wavelengths = more time between thoughts = more opportunity to skillfully choose which thoughts you invest in and what actions you take. 5 Categories of Brain Waves: Why Meditation Works 1. 2. 3. 4. 5. How to Meditate: A simple meditation to use to begin the transition from Beta or Alpha to the Theta State is to focus on the breath. To begin the meditation, sit comfortably in your chair with your shoulders relaxed and spine tall. Watch your breath. Silently repeat the mantra: “Breathing In. Consistency is key.

Out of Character: The Psychology of Good and Evil by Maria Popova What Aristotle has to do with Tiger Woods and the story of the world. The dichotomy of good and evil is as old as the story of the world, and timeless in its relevance to just about everything we do in life, from our political and spiritual views to our taste in music, art and literature to how we think about our simple dietary choices. In Out of Character: Surprising Truths About the Liar, Cheat, Sinner (and Saint) Lurking in All of Us, researchers David DeSteno and Piercarlo Valdesolo explore this curious disconnect through the rigorous lens of science. The derivation of the word ‘character’ comes from an ancient Greek term referring to the indelible marks stamped on coins. In this excellent talk from Northeastern’s Insights series, DeSteno reveals some of the fascinating research behind the book and the illuminating insights that came from it. The analogy of color is an interesting way to think about [character]. Donating = Loving Share on Tumblr

Zentangle: Pattern-Drawing as Meditation by Maria Popova If greater creativity and more mental balance are among your new year’s resolutions, look no further than Zentangle — a type of meditation achieved through pattern-making, created by artist duo Maria Thomas and Rick Roberts. Each pattern is built one line at a time, organically combining simple patterns into complex zentangles in unplanned, unexpected ways that grow, change and unfold on the page as you enter an immersive state of flow. Totally Tangled offers a fantastic introduction to the relaxing and beautiful practice through step-by-step instructions and over 100 original tangles. We’re particularly taken with Zentagle because its basic principle — building on simple shapes and combining different patterns into complex creativity — is such a beautiful visual metaphor for our core philosophy of combinatorial creativity. Donating = Loving Bringing you (ad-free) Brain Pickings takes hundreds of hours each month. Brain Pickings has a free weekly newsletter. Share on Tumblr

Mini Juegos .com Estas jugando a Kamasutra 30 Questions to Ask Yourself Before You Die {Via studioflowerpower on etsy} “Rather than money, than fame, than love…give me truth.” ~ Thoreau I woke up this morning and my life clock marked 30. My first sleep-deprived idea was to pack a small suitcase, get on the first train, move to another country, change my name, change my hair color (or get plastic surgery if needed), and start from scratch. When I don’t know how to deal with life, I hide sometimes. By now, I’m good at both: fighting and disappearing. A true warrior doesn’t feel forced to do either, but moves through and with and for life, like water. So after I washed my face and considered the costs of running and those of fighting, I decided to do neither and have some juice instead. {Alkaline Espresso / Click for recipe.} We are a constant process, an event, we’re change. As such, our smaller houses, our temporary homes can only be made of cards. Loving the questions means to love yourself. So here is an exercise we can do together: a tweak to your usual bucket list. You.