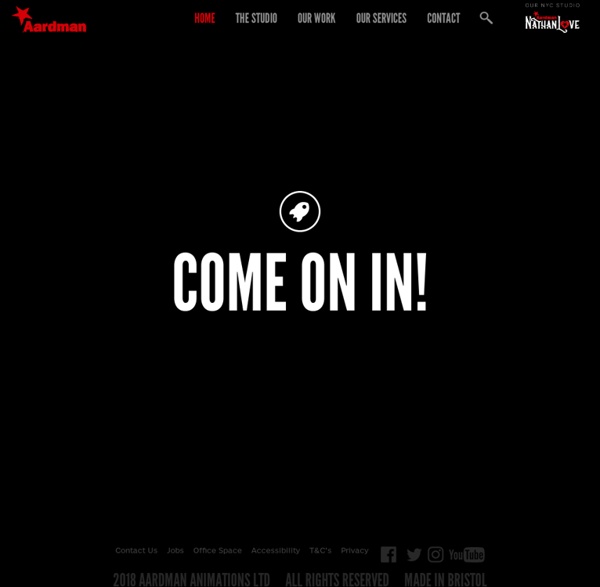 David Lynch David Keith Lynch (born January 20, 1946) is an American film director, television director, visual artist, musician and occasional actor. Known for his surrealist films, he has developed a unique cinematic style, which has been dubbed "Lynchian", a style characterized by its dream imagery and meticulous sound design. The surreal, and in many cases, violent, elements contained within his films have been known to "disturb, offend or mystify" audiences.[2] Over his career, Lynch has received three Academy Award nominations[3] for Best Director and a nomination for best screenplay.

Pingu Pingu is a BAFTA award-winning British-Swiss stop-motion claymated television series created by Otmar Gutmann. The series was produced by The Pygos Group and Trickfilmstudio for Swiss television, and centers on a family of anthropomorphic penguins living at the South Pole. The main character is the family's son and title character, Pingu. Freeze Frame xpatriate Englishman Eadweard Muybridge (1830–1904), a brilliant and eccentric photographer, gained worldwide fame photographing animal and human movement imperceptible to the human eye. Hired by railroad baron Leland Stanford in 1872, Muybridge used photography to prove that there was a moment in a horse’s gallop when all four hooves were off the ground at once. He spent much of his later career at the University of Pennsylvania, producing thousands of images that capture progressive movements within fractions of a second.

» Storyboards Bangarang Animation This is a great little exercise that I got from Story Shots and I tried it on some of my favorite action scenes like the one from Avatar the Last Airbender Book 1 where Katara fights Water Master Paku. I learned quite a bit from this. And I believe I will be doing more exercises like these. Stephen Shore Stephen Shore (born October 8, 1947) is an American photographer known for his images of banal scenes and objects in the United States, and for his pioneering use of color in art photography. In 2010, Shore received an Honorary Fellowship from The Royal Photographic Society. Life and work[edit] Stephen Shore was interested in photography from an early age. Self-taught, he received a photographic darkroom kit at age six from a forward-thinking uncle.[1] He began to use a 35 mm camera three years later and made his first color photographs.

50 Incredible Stop Motion Videos Advertisement Stop motion animation is one of the hottest areas of film-making today. Stop motion is an animation art through which one can spring life in inanimate things and do the unnatural. It works by shooting a single frame of an object, then moving the object slightly, and then shooting another frame. When the film runs continuously in a film projector, or other video playback system, the illusion of fluid motion is created and the objects appear to move by themselves. G. K. Chesterton Early life[edit] G.K. Chesterton at the age of 17. Born in Campden Hill in Kensington, London, Chesterton was baptized at the age of one month into the Church of England,[8] though his family themselves were irregularly practising Unitarians.[9] According to his autobiography, as a young man Chesterton became fascinated with the occult and, along with his brother Cecil, experimented with Ouija boards. Family life[edit] Chesterton married Frances Blogg in 1901; the marriage lasted the rest of his life.