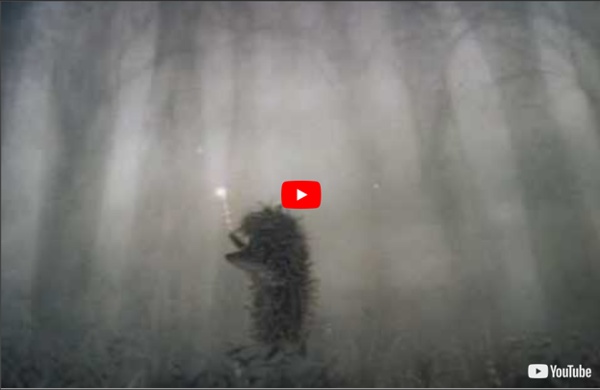 The 25 Best Animated Short Films You Can Watch Online Short films remain, compared to their lengthier siblings, under-appreciated and unknown today. But, as anyone who’s ever seen an art film (or an exploitation film) knows, a lack of commercial appeal can bode extremely well for artistic potential. A seeming irony, there’s nothing shocking about this contrast at all: not having to find commercial success and not needing to appeal to a conventional audience grants a filmmaker far more artistic freedom to experiment and move away from the norm. True in live-action cinema, but perhaps even more-so in the world of animation, where “convention” and the need for popular success are married to immaturity and idiocy. Low and behold, at the same time, there is an ever flourishing surfeit of untapped animated short films that entertain and enlighten in equal measure, pushing forth the genre and using their relative shortness of breath to pack every second with innovation and exploration of animation as an art form. 1. 2. 3. 4. 5. 6. 7. 8.

Yuriy Norshteyn - Hedgehog in the Fog (1975) Spectacular Abandoned Places - AnOther Happy Monday With another hectic working week ahead, there's surely a part of all of us that's yearning to escape to somewhere deliciously quiet and blissfuly lonley. To go someway towards assuaging that desire, this Happy Monday we bring you a collection of brilliant images of abandoned places, from a 15th century monastary in Germany's black forest to a sand-filled villa in the Namib Desert. Happy Monday! #anotherhappymonday

Watashi ga Motenai no wa Dou Kangaetemo Omaera ga Warui! There is a scene in Watamote where the main character, Tomoko, experiences what she believes to be public molestation. She panics, unable to even breathe or call for help. The train suddenly stops, and the passengers begin to take their leave. Tomoko then realizes that the object pressing against her is simply a bamboo sword belonging to the girl behind her. After much public embarrassment, she finally breaks free, and moves on to yet another miserable day of her life. To say that Watamote is an uncomfortable anime would be an understatement. Tomoko is a high school girl that simply wants to be liked by her peers. Does she bring some of these problems upon herself? Unlike the source material which presents itself entirely as a gag manga, the anime teases us with signs that Tomoko might actually be changing for the better. The humor of Watamote is akin to kicking a kitten, and worse - a kitten that you sympathize with. Some of the jokes can be quite funny, though.

The miniature worlds of Maico Akiba Maico Akiba, whose series, “100 years later,” we previously featured, has another project simply titled SEKAI, or “world.” In it, she imagines miniature ecosystems growing on the backs of other animals. There are people but also remnants of civilization like electric poles or shops often overrun by weeds and vines. It’s almost like a reverse-Noah’s Arc. In 2012 the series was commercialized in the form of cell phone straps. Related posts Trending this week Fire and Ice: The Frozen Aftermath of a Chicago Warehouse Fire Robert R Gigliotti David Schalliol Darek Szupina It seems like just a few days ago Chicago had huge ice news, and now this.

An Architect Gone Mad: Mysterious Buildings Assembled from Found Photographs by Jim Kazanjian Without the use of a camera Portland-based artist Jim Kazanjian sifts through a library of some 25,000 images from which he carefully selects the perfect elements to digitally assemble mysterious buildings born from the mind of an architect gone mad. While the architectural and organic pieces seem wildly random and out of place, Kazanjian brings just enough cohesion to each structure to suggest a fictional purpose or story that begs to be told. You can see much more of his work over on Facebook, and prints are available at 23 Sandy Gallery.