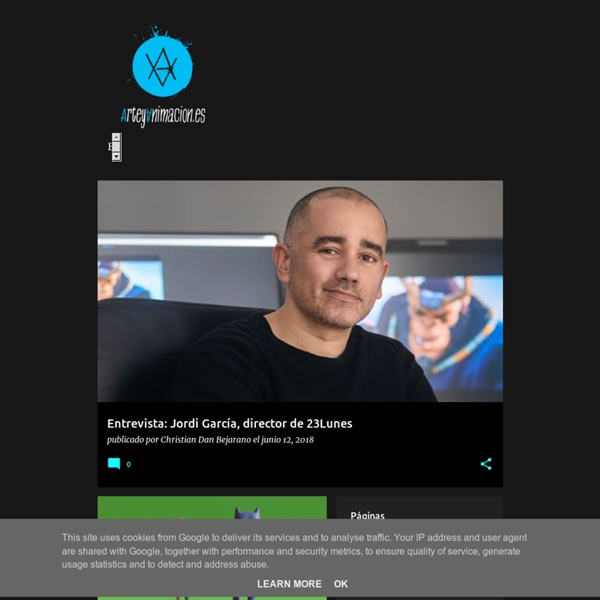 Karen J Lloyd's Storyboard Blog And we’re back! Here’s Part 2 of the interview I did with Pixar Story Artist Matthew Luhn. You can find Part 1 of Matthew’s interview here. Uncategorized « Davidlambert120's Blog I did a little more tweaking on the Carla head and applied an overlay of her skin from the photographs I previously took. All in all I’m fairly happy with the result. The eyes are still completed with the paint tools available in mudbox rather than using the actual eye in the photo, but I think there is enough realism to be convincing. Topology is something that is very closely linked with the area of 3D modelling, especially when it comes to animating the models. Animating was something that I didn’t have to think about when it came to creating my model, subsequently my model would be completely inappropriate for this purpose due to the polygonal mesh being a complete mess.

Cinemagraphs Archives Page 3 of 33 Ann Street Studio Shooting the former editor of Vogue Paris, Carine Roitfeld, for her newest endeavour CR Fashion Book as she looks out over Manhattan, almost as if she is looking forward to taking over this city as she has done to Paris. In addition to being one of the most influential fashion editors, creating iconic imagery that defines who we are in life and where we are going, she is also glamorous and French and beautiful. When starting CR Fashion Book, she said: I will always be irreverent in my own way, but I will try to use new approaches…I will try to do something totally different now, because I don’t want to get bored of myself or to bore my readers. So, if I learn something new today, I will use it. I have to reinvent myself.

Animation with a moustache Posted on March 17, 2014 | Leave a CommentFiled under Animation Having moved back to London to work on a really cool cartoony game I can’t talk much of for now, I am currently focusing on life drawing and painting most of my evenings. London is probably the only place in the world where Life drawing classes happen pretty much every day. For that reason, I decided to start a new blog and I will be posting all sort of useful information I come across on it and I might even post some of my drawings.

Rigging Dojo » Broadcast Archive Rigging Dojo Live : Power Python for Maya (Plus) by Jason Parks Learn some of the key features that Python and PyMEL have to offer as well as how some professional Integrated Development Environments can change the way you write tools and increase the production speed of all your art pipelines. Rigging Dojo Live : Modular Character System (MCS) under the hood with Jan Berger Get a peek under the hood of this much anticipated rigging system for Autodesk Maya and learn what makes it such a super cool rigging solution. Rigging Dojo presents: Anatomy for rigging and modeling with Jeff Hesser

The Cinematography of "The Incredibles" Part 3 See Part 1 here, and Part 2 here.Continuing with my case study of the shot compositions from Pixar's film "The Incredibles". All images used here are ©Disney/Pixar (unless otherwise stated). Cinematography is the art of composing the scenes of the film so they can visually tell the story in a functional and creative way. The Art Resource Anonymous said: can you give me some tips on how to draw teeth ? cyborgraptor: ashbet:

Disney's "Tangled" Character Design Development. Once "Rapunzel", then "Rapunzel Unbraided", and now "Tangled", Disney's 50th animated Feature film, set for release November 28th, has gone through many changes throughout it's years in development. One thing that hasn't changed much, though, is the artistic influence of two artists in particular. One was the French Rococo painter Jean-Honorer Fragonard, specifically one of his best known works; “The Swing” which inspired the lush fairy tale world that Rapunzel inhabits. The second is animation legend Glen Keane, who was the original driving force behind the film. Glen's masterfully solid, appealing, expressive and passionate animation and drawings are admired across the globe. He is currently being honored with a gallery exhibit in Paris and is touring with a retrospective of Disney Art in Australia.

Every Frame a Painting This is the first of two new videos today. Watch this one first. Off the top of your head, could you sing the theme from Star Wars? How about James Bond? 8bitengine [update] check out my review on Tangled here In an earlier post I raised the 2D vs 3D debate again and questioned whether we would ever reach the lifeliness of 2D animation in 3D. I have only seen the trailers and the snippets, but I think the new Disney movie “Tangled” might be the future for 3D animation. I watched the trailers and there’s something about the animation that has a resoundedly Disney golden years vibe. It is the first movie in years that actually looks like Aladdin (or other Disney Classics) in 3D.