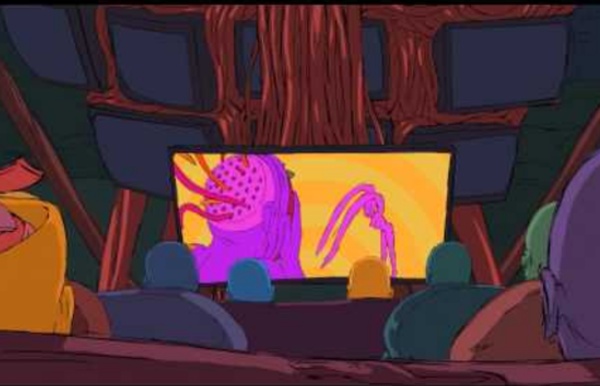 The Pixar Theory Every Pixar movie is connected. I explain how, and possibly why. Several months ago, I watched a fun-filled video on Cracked.com that introduced the idea (at least to me) that all of the Pixar movies actually exist within the same universe. Video Editing Software Downloads for Windows The Video Editing & Production category includes software programs designed to record, edit, and produce video in various digital file formats and to export that video to DVDs or other external media. Notable titles include Windows Movie Maker and Avidemux. Unleash your creativity to transform your video footage into amazing HD movies. Windows Version 12.0 ... "Bombay - El Guincho" (Music Video) by Marc Gómez del Moral This has everything from an intro inspired by Carl Sagan’s Cosmos to a bunch of hot naked models doing random things… basically everything you’d want in a music video. Video Link (Warning: Contains Nudity) Cinematographer: Marc Gómez del Moral Music: elguincho.com El Guincho on Myspace

Stop motion "Gulp" (Advert.) by Jamie Wardley Less than a year after making the world’s smallest animation, Nokia just ticked off that large, lurking item on the to-do list: conjuring the world’s largest stop motion animation. The new film, Gulp, tells the simple story of a fisherman who gets swallowed by a larger predator. It was shot entirely with the Nokia N8 phone. “Strapping the device to a 40-meter high cherry picker on a massive expanse of beach with gale force winds seemed like a good challenge for the smartphone,” says David Bruno, a creative at Wieden + Kennedy London which created the spot along with directing team Sumo Science, from animation studio Aardman, and sand artist Jamie Wardley, from sand and ice sculpture specialists, Sand in Your Eye. Sumo Science, aka Ed Patterson and Will Studd, director of photography Toby Howell and Wardley, literally fought time and tides over the five-day shoot to complete the painstaking animation process before the sea wiped out their efforts.

James Carlisle: Armature upgrade Back to uni and starting third year with a mime/after effects project. Started by upgrading my summer armature from hard foam to balsa wood. Just to make sure it would survive the animation process. I also made about three pairs of spare hands just incase fingers/wrists broke

"Will O' The Wisp" Production Bumper + Short Film (2014) - StopMotionAnimation.com Hello Everyone :) I've been posting some random W.I.P. photos and little test videos over the past year or so, but I recently discovered there's a "your project" section here in the forum. So this is a thread for my ongoing project, "Will O' The Wisp". Hope you enjoy. Here's a little background about how the project came to be: Long story short - I was working on an indie film one winter, and I was hanging out in a trailer talking to the makeup Fx people and producer while we were waiting around for the next scene.

In Cute Animation, Water Finds A Friend In A Phone To highlight the waterproof attribute of the Sony Xperia, the company has run short animations on TV in Hong Kong—depicting ‘water’ finding a ‘phone’ friend. Reminiscent of Melbourne, Australia’s Metro Trains’ campaign ‘Dumb Ways To Die’, the first of the adorable spots show how water killed the phones it wanted to befriend, until it found one it couldn’t ‘kill’—the Sony Xperia. Watch it below: [via Campaign Brief Asia] Receive interesting stories like this one in your inbox

How the Puppets from Fantastic Mr. Fox Were Made [Slide Show] With Haymoz’s drawings as a reference, the Mancunian puppet makers went to work. Sculptors began by fleshing out the designs into three dimensions using plastiline clay. The main animal puppets—the ones used for close-ups—were approximately 12 inches tall, and the human characters were slightly smaller; since they don’t share much screen time, the difference in scale wasn’t a problem. After the plastiline figure was approved by Wes—who directed this film remotely from his Paris apartment; Haymoz says that when he finally did visit the studio, it was like seeing Santa Claus—the sculptors removed a layer of clay equal to the thickness of the fur that was going to be applied to that particular area.

The 40 Best Stop-Motion Animated Movies of All Time This technique has been used since the dawn of cinema to bring objects to life and manufacture magical worlds. Before the days of CGI, it was a primary way to produce special effects, in classics from King Kong, to Jason and the Argonauts, to Star Wars. It’s called stop-motion. It’s rumored that the legendary cinema pioneer Georges Melies accidentally discovered it when his camera jammed once, and upon restarting it he noticed how everything slightly changed. Soon after, stop-motion films began appearing in Europe.

Trajan's Amazing Column The story of Emperor Trajan’s victory over a mighty barbarian empire isn’t just one for the books. It’s also told in 155 scenes carved in a spiral frieze on a monumental column. Trajan’s Column, with a statue of St. Peter installed by a Renaissance pope on top, towers over the ruins of Trajan’s Forum, which once included two libraries and a grand civic space paid for by war spoils from Dacia. The massive modern monu­­ment at right commemorates Victor Emman­uel II, the first king of a united Italy. Story by Andrew CurryPhotographs by Kenneth Garrett Dr. Grob's Animation Review Director: Fernando CortizoRelease Date: October 31, 2012Rating: ★★★★½Review: 2012 was a good year for stop motion animation fans: no less than four stop motion features were released that year. In March we had Aardman’s ‘The Pirates! In an Adventure with Scientists!’, followed by Laika’s ‘ParaNorman’ in August and Disney’s ‘Frankenweenie’ in September.

Ani Yr 1 2014/15 CS: Industry Roles & Practices You will prepare as a group: A 10 - 15 minute group presentation in the form of a case study (May 12). This could be either-­‐ a production (series, game, movie, advert, music video etc.), -­‐ a studio or production house, -­‐ or an area of emerging practice (e.g. web based content production and funding, animation in other contexts etc.). Think about your own goals and interests when selecting your topic, and do not forget to consider the UK industry, which is the most relevant to the start of your career.