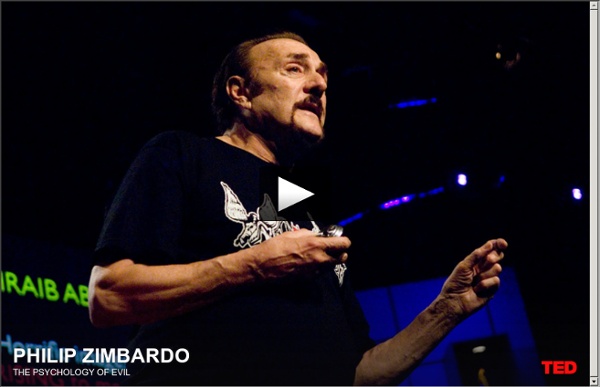 Ten Psychology Studies from 2009 Worth Knowing About - David DiSalvo - Brainspin Image by AFP/Getty Images via Daylife Several great psychology and neuroscience studies were published in 2009. Below I’ve chosen 10 that I think are among the most noteworthy, not just because they’re interesting, but useful as well. 1. If you have to choose between buying something or spending the money on a memorable experience, go with the experience. 5 Ways To Hack Your Brain Into Awesomeness Much of the brain is still mysterious to modern science, possibly because modern science itself is using brains to analyze it. There are probably secrets the brain simply doesn't want us to know. But by no means should that stop us from tinkering around in there, using somewhat questionable and possibly dangerous techniques to make our brains do what we want. We can't vouch for any of these, either their effectiveness or safety. All we can say is that they sound awesome, since apparently you can make your brain...

THE SECRET LIVES OF NUMBERS The authors conducted an exhaustive empirical study, with the aid of custom software, public search engines and powerful statistical techniques, in order to determine the relative popularity of every integer between 0 and one million. The resulting information exhibits an extraordinary variety of patterns which reflect and refract our culture, our minds, and our bodies. For example, certain numbers, such as 212, 486, 911, 1040, 1492, 1776, 68040, or 90210, occur more frequently than their neighbors because they are used to denominate the phone numbers, tax forms, computer chips, famous dates, or television programs that figure prominently in our culture.

Procrastination The Misconception: You procrastinate because you are lazy and can’t manage your time well. The Truth: Procrastination is fueled by weakness in the face of impulse and a failure to think about thinking. Netflix reveals something about your own behavior you should have noticed by now, something which keeps getting between you and the things you want to accomplish. If you have Netflix, especially if you stream it to your TV, you tend to gradually accumulate a cache of hundreds of films you think you’ll watch one day. This is a bigger deal than you think.

Does the comfort of conformity ease thoughts of death? - life - 25 February 2011 AS THE light at the end of the tunnel approaches, the need to belong to a group and be near loved ones may be among your final thoughts. So say Markus Quirin and his colleagues at the University of Osnabrück in Germany. The team prompted thoughts of death in 17 young men with an average age of 23 by asking them whether they agreed or disagreed with a series of statements such as "I am afraid of dying a painful death". At the same time, the men's brain activity was monitored using a functional MRI scanner. To compare the brain activity associated with thoughts of death with that coupled to another unpleasant experience, the team also prompted thoughts of dental pain using statements like "I panic when I am sitting in the dentist's waiting room".

Why Atheism Will Replace Religion: New Evidence Atheists are heavily concentrated in economically developed countries, particularly the social democracies of Europe. In underdeveloped countries, there are virtually no atheists. Atheism is a peculiarly modern phenomenon. Why do modern conditions produce atheism? In a new study to be published in August, I provided compelling evidence that atheism increases along with the quality of life (1). Figures for "Impossible fractals" Figures for "Impossible fractals" Cameron Browne Figure 1. The tri-bar, the Koch snowflake and the Sierpinski gasket. Figure 2. 10 Psychological Experiments That Went Horribly Wrong Psychology as we know it is a relatively young science, but since its inception it has helped us to gain a greater understanding of ourselves and our interactions with the world. Many psychological experiments have been valid and ethical, allowing researchers to make new treatments and therapies available, and giving other insights into our motivations and actions. Sadly, others have ended up backfiring horribly — ruining lives and shaming the profession. Here are ten psychological experiments that spiraled out of control.

Top 10 Thinking Traps Exposed Our minds set up many traps for us. Unless we’re aware of them, these traps can seriously hinder our ability to think rationally, leading us to bad reasoning and making stupid decisions. Features of our minds that are meant to help us may, eventually, get us into trouble. Here are the first 5 of the most harmful of these traps and how to avoid each one of them.