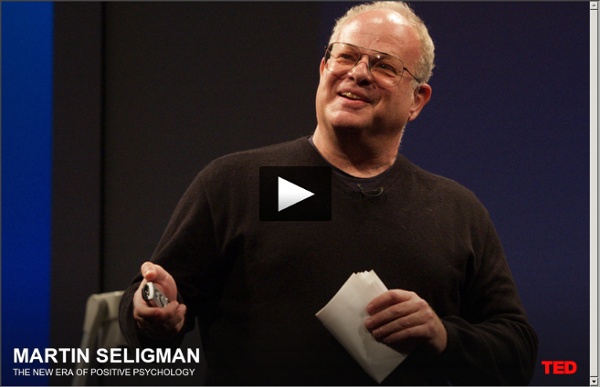 Applying Positive Psychology in the classroom « adolescent toolbox blog In a recent lecture by Dr Toni Noble she stated that 8 out of top 11 factors affecting academic performance & learning relate to social-emotional factors, such as; School Culture Classroom climate Classroom management Quality of Student-teacher interactions Peer support Videos Get Inspired – Best Inspirational Quotes J Krishnamurti on Choiceless Awareness and Thought Rob Beats Word Up [3/19/2014] Presenteeism: At Work—But Out of It For years, Amy Farler, who designs transmission components for International Truck and Engine, suffered in silence. Once in a while, when an allergy-related sinus headache escalated into a full-blown migraine, she missed a day of work. But most of the time, she went to the office and quietly lived with the congestion and discomfort of her seasonal allergies. “Sometimes, it’s like you wouldn’t mind if your head rolled off your body,” says the 31-year-old engineer, who spends most of her day working with 3-D models on a computer screen. “You feel clogged up and hazy.

Positive Psychology in the Classroom –by Sherri Fisher Do you ever wish you were more creative? New research has shown that adults can be primed to become more creative simply by being asked to think like children. There are many kinds of creativity, including flexible thinking, elaboration of existing ideas, fluency of ideas, and originality. For the purposes of the study conducted at North Dakota State University, college students were asked to imagine and write about what they would do if school was canceled for the day. In the experimental condition, they were primed in advance of writing to imagine that they were seven years old.

Why The Myers-Briggs Personality Test Is Misleading, Inaccurate, And Unscientific The Myers-Briggs personality test is entrenched in business culture. It’s taken by more than 2.5 million people a year. A full 89 of the Fortune 100 companies use it. The test promises to tell you which of the 16 personality “types” yours most resembles, slotted along a range of behavioural binaries. As a refresher, they are: • Extraverted or Introverted• Sensing or Intuiting• Thinking or Feeling• Judging or Perceiving frederick herzberg motivational theory, motivators and hygiene factors, free herzberg diagrams home » leadership/management » frederick herzberg motivational theory Frederick Herzberg's motivation and hygiene factors Frederick Herzberg (1923-2000), clinical psychologist and pioneer of 'job enrichment', is regarded as one of the great original thinkers in management and motivational theory. Frederick I Herzberg was born in Massachusetts on April 18, 1923.

Empowering communications globally While mindfulness was originally developed as an individual concept, it has been transferred to the organisational level in the context of research into performance in organisations. Below, the author outlines how mindfulness can be beneficial in the work environment and in the organisational context. Mindlessness at work has become a global touchstone of mockery, and entertainers have enchanted audiences worldwide with comedies featuring mindless managers (including ‘The Office; or ‘Office Space’). Steve Carrell, playing the role of Michael Scott as Regional Manager of a Dunder-Mifflin branch in Scranton, PA epitomises mindless behavior, which is characterised by a reliance on old, often outdated categories and a reduced awareness of one’s social and physical world. Mindlessness vs. Mindfulness

adams equity theory - workplace motivational theory - how individuals measure inputs and outcomes in relation to market norms and 'referents' home » leadership/management » adams' equity theory j stacey adams - equity theory on job motivation John Stacey Adams, a workplace and behavioural psychologist, put forward his Equity Theory on job motivation in 1963. UK pupils 'among least likely to overcome tough start' By Sean Coughlan BBC News education correspondent The UK performs poorly in an international league table showing how many disadvantaged pupils succeed "against the odds" at school. The Organisation for Economic Co-operation and Development (OECD) has studied how pupils from poor backgrounds can succeed academically. It says that "self-confidence" is a key factor in whether such pupils succeed. The UK comes behind Mexico and Tunisia in the table - with the top places taken by Asian countries. Social mobility