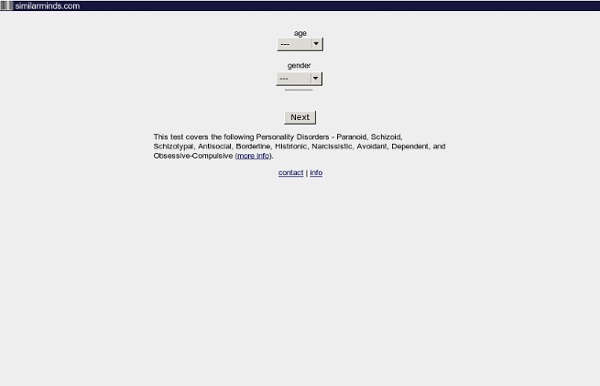 Feeling Burned Out? The One Change That Could Fix Everything Within a matter of months, I quit two amazing jobs. The first was director of special projects for Tim Ferriss, the bestselling author of The 4-Hour Workweek and The 4-Hour Body. Secondly, I was the co-founder of a profitable tech startup. Both gigs had highly desirable qualities: I got to work on exciting projects, collaborate with talented people, and I was making good money. But then I quit. Whenever I had to explain why I’d left, I felt spoiled and embarrassed. And yet, I still felt obligated to live up to people’s expectations. This pressure I felt to make it was such a burden--until I realized that no level of success was ever going to be enough. You might roll your eyes at this. Change how you think about work Rather than viewing work as a stressful obligation, or a means of getting rich, my work was a game I chose to play. I wanted my work to be a game I would willingly play. Creating my own art Making people laugh Developing skills Building with my hands Need proof?

47 Mind-Blowing Psychology-Proven Facts You Should Know About Yourself I’ve decided to start a series called 100 Things You Should Know about People. As in: 100 things you should know if you are going to design an effective and persuasive website, web application or software application. Or maybe just 100 things that everyone should know about humans! The order that I’ll present these 100 things is going to be pretty random. Dr. <div class="slide-intro-bottom"><a href=" Best Online Psychology Tests Want to know what’s really going on in your own head? The mental health Web site PsychCentral offers a list of the best online psychology tests. Some of these are used to collect data for research experiments, while others are skill tests or quizzes that offer personal insights. Here are a few of the best. 1. 2. 3. 4. 5. 6. And for even more insight, take PsychCentral’s own Sanity Score quiz, which is designed to assess aspects of your mental health, including your risk for depression, anxiety and other emotional disorders. For additional tests and more information about online psychology assessments, read the full PsychCentral article by clicking here.

Take a personality test How Your Myers-Briggs Personality Affects Your Money Everyone has their own approach to money, and it turns out that your personality plays a big factor. LearnVest shares how various personalities handle money differently. As a financial planner, Ray Linder sometimes found that he would give what seemed like solid, reasonable advice to a client that would be met with a surprising level of resistance — one that had more to do with emotions than anything else. A little digging told him that people handle money differently, according to their personality type, and these differences were often in line with the Myers-Briggs test. Related: Should I Get a Financial Planner? 5 Money Conversations From CFPs You've probably heard of it: The Myers-Briggs test is a psychological profiling exam that was created during WWII. It's kind of complicated, which is why categorizing people into the 16 personality types outlined by the Myers-Briggs test — which you can officially take for a fee — is big business. Protectors Read on for more. Planners Pleasers Players

Understanding Human Behavior (English) -- ThinkQuest team #26618 As of July 1, 2013 ThinkQuest has been discontinued. We would like to thank everyone for being a part of the ThinkQuest global community: Students - For your limitless creativity and innovation, which inspires us all. Teachers - For your passion in guiding students on their quest. Partners - For your unwavering support and evangelism. Parents - For supporting the use of technology not only as an instrument of learning, but as a means of creating knowledge. We encourage everyone to continue to “Think, Create and Collaborate,” unleashing the power of technology to teach, share, and inspire. Best wishes, The Oracle Education Foundation

New evidence confirms link between IQ and brain cortex | Channels Montreal scientists play key role in long-term international study Rate of change in the thickness of the brain’s cortex is an important factor associated with a person’s change in IQ, according to a collaborative study by scientists in five countries including researchers at the Montreal Neurological Institute and Hospital – The Neuro, at McGill University and the McGill University Health Centre. The study has potentially wide-ranging implications for the pedagogical world and for judicial cases in which the defendant’s IQ score could play a role in determining the severity of the sentence. The cortex is the thin, outermost layer of nerve cell tissue of the brain, typically measuring a few millimeters in thickness. The cortex contains nerve cell bodies and is critical for cognitive functions such as perception, language, memory and consciousness. “Often, small differences in IQ scores are observed when people’s IQs are tested twice over a period of time. The Neuro

The Psychology of Cyberspace - Home Page/Table of Contents This hypertext book explores the psychological aspects of environments created by computers and online networks. I think of it as evolving conceptual framework for understanding how people react to and behave within cyberspace: what I call "the psychology of cyberspace" - or simply "cyberpsychology." Revised and expanded over time, this hypertext book originally was created in January of 1996. In order to make these readings accessible to as many people as possible, I have written them in a style that is not overly abstract or technical. Below is the table of contents for the seven major sections in this book. will produce a pop-up window containing an abstract of the article in that section. I am currently in the process of revising this book, including page layout and graphics.

18 Things Highly Creative People Do Differently This list has been expanded into the new book, “Wired to Create: Unravelling the Mysteries of the Creative Mind,” by Carolyn Gregoire and Scott Barry Kaufman. Creativity works in mysterious and often paradoxical ways. Creative thinking is a stable, defining characteristic in some personalities, but it may also change based on situation and context. Neuroscience paints a complicated picture of creativity. And psychologically speaking, creative personality types are difficult to pin down, largely because they’re complex, paradoxical and tend to avoid habit or routine. “It’s actually hard for creative people to know themselves because the creative self is more complex than the non-creative self,” Scott Barry Kaufman, a psychologist at New York University who has spent years researching creativity, told The Huffington Post. While there’s no “typical” creative type, there are some tell-tale characteristics and behaviors of highly creative people. They daydream. They observe everything.

Narcissistic Personality Inventory: Narcissism Test This is a interactive version of the Narcissistic Personality Inventory. Introduction Narcissism in personality trait generally conceived of as excessive self love. In Greek mythology Narcissus was a man who fell in love with his reflection in a pool of water. The NPI was developed by Raskin and Hall (1979) for the measurement of narcissism as a personality trait in social psychological research. It is based on the definition of narcissistic personality disorder found in the DSM-III, but is not a diagnostic tool for NPD and instead measures subclinical or normal expressions of narcissism. Procedure The test consists of forty pairs of statements. Participation Your use of this assessment must be strictly for educational purposes.

3D Printed Heart Saves a Child's Life - Technology News 3D printing is getting more and more new applications every day. Although it looks more suitable for industrial manufactures, the latest application of the 3D printing process is regarding medicine. If we have to be more exact – heart surgery. Roland Lian Cung Bawi of Owensboro was born 14 months ago and has the misfortune of having four congenital heart defects. The idea of using 3D printed model of a human heart came to the mind of Philip Dydynski, radiology director at Kosair Children’s Hospital. The Rapid Prototyping Center created a model that was 1.5 times bigger than the original child’s heart. Erle Austin III, a cardiothoracic surgeon, was able to create a surgical plan based on the scale model together with physicians from the University of Louisville. “I found the model to be a game changer in planning to do surgery on a complex congenital heart defect,” Doctor Austin said. Roland’s heart was repaired on February 10th, 2014 at the Kosair Children’s Hospital. Google+