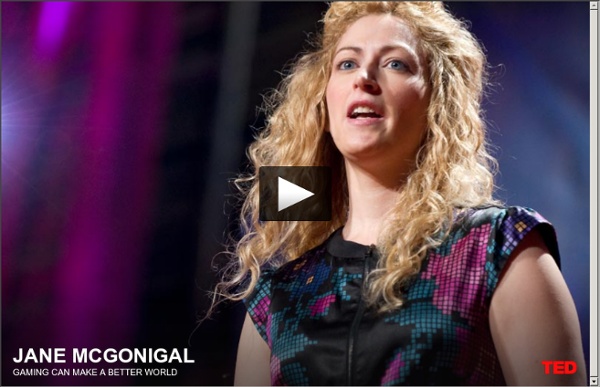 Aiming for “Transfer” with Educational Games: the wrong question As mentioned in previous posts, I recently presented a paper at CHI 2011 (available online for free here). At both the academic session itself, and through bumping into people afterwards, one question kept coming up. It is a question that I have often fielded whenever talking about educational games, but which I did not address in the CHI paper (there’s only so much you can fit in a conference paper!) The question is generally along the lines of how to ensure that what people learn while playing a game “transfers” to the real world.

The Ludologist These are some comments from my keynote at Rutger’s Extending Play conference in 2016, co-presenting with Shaka McGlotten. Hasn’t our sense of play suddenly become quite dark? There is a change in our primary conceptions of playing, and game-playing. America as it could have been: 8 North American nations that didn’t make it to the 21st Century North America. We all recognise it on a map: it’s the continent above South America. Most of us can even name the countries, Canada, the United States, Mexico... other Spanish speaking ones... But, the point is, it might not have turned out that way. North America could have been as difficult a continent to learn as Europe if history had been different. Here are eight nations that all existed in North America mat one point in time, but didn't last to the twenty-first century.

As websites become games, understand the trend with the Gamification Encyclopedia 11 January '11, 03:20pm Follow One of the biggest trends we’ve seen on the Web in the past year has been the growing “Gamification” of websites and online services. SCVNGR’s Secret Game Mechanics Playdeck Some companies keep a playbook of product tips, tricks and trade secrets. Zynga has an internal playbook, for instance, that is a collection of “concepts, techniques, know-how and best practices for developing successful and distinctive social games”. Zynga’s playbook has entered the realm of legend and was even the subject of a lawsuit. SCVNGR, which makes a mobile game with real-world challenges, has a playdeck.

Networked Learning Design - Occasional rants - Why serious games work - an over-simplified view I've just been working on a presentation for a client about what serious games are and how they work. It's been really fun. One thing that I think confuses people, or perhaps overwhelms them, are the large number of ways in which games appear to support learning. For example, James Paul Gee lists no less than 36 learning principles. Flow Theory Flow theory was proposed by Mihalyi Csikszentmihalyi to describe the experiences of intrinsically motivated people, those who were engaged in an activity chosen for its own sake (Csikszentmihalyi, 1975, 1997). Such activities were viewed as worth doing just for the sake of doing them rather than as means to another end. While other research on intrinsic motivation focused on behavioral outcomes, Csikszentmihalyi attempted to describe the quality of subjective experience, or how intrinsic motivation felt. Further, he sought to explain the characteristics of activities that people were intrinsically motivated to pursue, and why such activities were rewarding. Under certain conditions, people's experiences are optimal. Csikszentmihalyi (1975, 1997) and his colleagues, Rathunde, Whalen and Nakamura, defined optimal experiences as those that were accompanied by a merging of action and awareness, strong concentration on the task at hand, and a loss of awareness of time.

Jevons' Paradox and the Perils of Efficient Energy Use It's a given among Peak Oilers and New Urbanists alike that the imminent and permanent return of high oil prices will send convulsions through the suburban American landscape. But it's one thing when professional Jeremiahs like James Howard Kunstler preach this to the converted week after week, and something else when the Urban Land Institute and PricewaterhouseCoopers advise commercial real estate investors to "shy away from fringe places in the exurbs and places with long car commutes or where getting a quart of milk takes a 15-minute drive." Oil shocks will do what urban planners can't seem to and the government won't (through sharply higher gas taxes or putting a price on carbon): force people to live at greater densities.