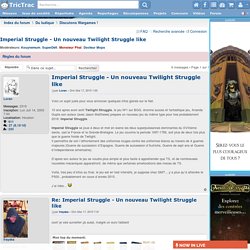 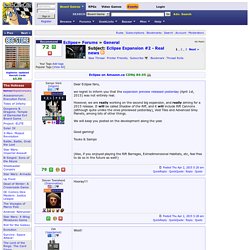 Second expansion to Robinson Crusoe. GMT Games - Churchill. By late 1942 the Axis had been stopped at Stalingrad, El Alamein, and Guadalcanal. 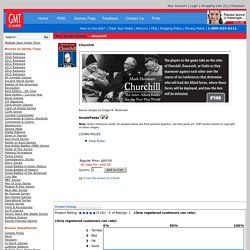 With Axis expansion halted and Allied victory only a matter of time and resources Churchill, Roosevelt, and Stalin began to focus on how to shape the ensuing peace to their advantage. Churchill is a game about the inter-Allied conflicts that occurred over the Conference table as each side vies to control the Allied agenda and the course of things to come. The players in the game take on the roles of Churchill, Roosevelt, or Stalin as they maneuver against each over the course of six Conferences that determine who will lead the Allied forces, where those forces will be deployed, and how the Axis will be defeated. The player whose forces collectively have greater control over the surrendered Axis powers will win the peace and the game. Churchill is NOT a wargame, but a political conflict of cooperation and competition. 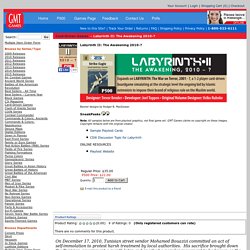 His sacrifice brought down the Tunisian government a month later and sparked a popular movement to be known as the Arab Spring that spread across the Muslim world, toppling 6 governments and igniting 3 Civil Wars. The Western world struggled with how to influence these disparate struggles for good while Jihadists and other reactionary elements deftly maneuvered to fill the power vacuums created. LABYRINTH II: The Awakening, 2010 - ? Expands on LABYRINTH: The War on Terror, 2001 - ? , a 1-2 player card-driven boardgame simulating at the strategic level the ongoing bid by Islamic extremists to impose their brand of religious rule on the Muslim world.

Mythotopia : duel, gloire et conquête (parfois interminable) ! Onward-to-Venus-Rules-Eng. Dune: The Dice Game. Tajemnicze Domostwo - Preorder. Game Overview: Ascension: Dawn of Champions, or (I Can't Get No) Matching Factions. Ascension debuted in 2010 as part of the first wave of deck-building games in the wake of Dominion's ground-shifting onslaught on the gaming public, with Thunderstone (Dominion in a dungeon), Tanto Cuore (Dominion with Japanese servants), and Arctic Scavengers (Dominion in cold storage, both thematically and literally) being at the forefront of that wave in 2009. 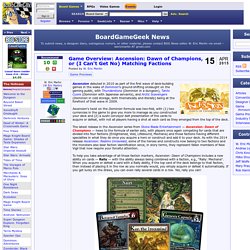 Ascension's twist on the Dominion formula was two-fold, with (1) two currencies in the game to give you more to manage as you constructed your deck and (2) a sushi conveyor belt presentation of the cards to acquire or defeat, with not all players having a shot at each card as they emerged from the top of the deck. Castaways Quick Start Guide to Robinson Crusoe. I. 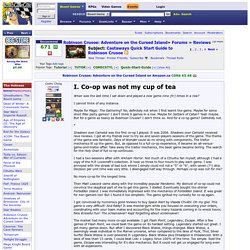 Co-op was not my cup of tea When was the last time I sat down and played a new game nine (9!) Times in a row? I cannot think of any instance. [Topic Unique] Les bonnes recettes de Musculaction : Nutrition. Repos Prod' : Nuremberg, ça chauffe. Cupid Cultist. New Game Round-up: Updates, Spinoffs and Expansions for Stronghold, Fire & Axe, Dead of Winter, Pax Porfiriana & More.

• Streamlined rules and enhanced rulebook• Shorter gameplay, featuring attackers being placed on the board during set-up• Glory point rules being replaced with a more straightforward system of castle defense in seven rounds• Improved components, such as a larger game board and new better artwork • Episode 166 of the Plaid Hat Games podcast (available here) includes teasers of what might be found in an expansion for Dead of Winter: A Crossroads Game, including new items, secret objectives, survivors and crossroad cards as well as a new gameplay element. 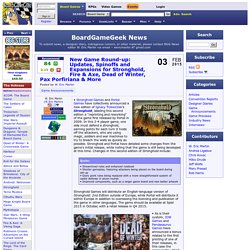 I included a rundown of Neanderthal on BGG News in mid-January 2015, and here's an overview of Pax Pamir: With the fall of Napoleonic France, the British Empire's global power stood nearly unchecked. British merchant ships could be found in every corner of the globe, from the Cape of Good Hope to the markets of Hong Kong. India stood at the center of its imperial network. The 7th Continent. Hands in the Sea – A two player card driven wargame by Knight Works. Inspired by A Few Acres of Snow, this game features several new elements, including navies, naval battles, cavalry superiority, mercenaries, field battles, sieges, manpower, strategy cards, random events, turn based scoring, bribery and tactical bonuses. 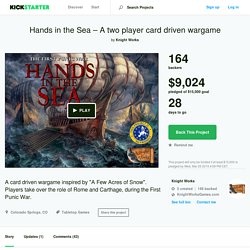 The name of the game is based on a quote from a Carthaginian commander, who claimed at the outbreak of hostilities that the Carthaginian control of the seas was such that the Romans would not even dare wash their hands in the sea. We have hired the talented Naomi Robinson to do the cover for Hands in the Sea. Hands in the Sea is a two-player deck building war game set during the First Punic War between Rome and Carthage from 264-241 BC. Each player uses their deck of cards to perform up to two actions per round. New Game Round-up: Mexica Returns, Zombies Recess & King Ludwig Reveals Secrets. • New French publisher Super Meeple was established to reissue out-of-print masterpiece games, and for its first release in April 2015 it will publish a new version of Michael Kiesling and Wolfgang Kramer's Mexica, with new versions of Java and Tikal to follow in 2016 and 2017. 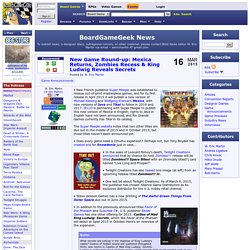 IELLO is partnering with Super Meeple to publish this new version of Mexica in English; rights to Java in English have not been announced, and Rio Grande Games currently has Tikal in its catalog. The Super Meeple website notes that two other titles are due out in the middle of 2015 and in October 2015, but those titles haven't been announced yet. • Does every game need a Cthulhu expansion? Perhaps not, but Tony Boydell has created one for Snowdonia just in case... ArtStation - Jakub Rozalski. 2015 Games will be Outstanding! Far to the north, off the west coast lays a rugged island: Vestvågøy. 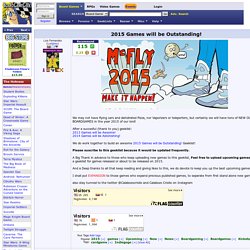 It's got the shape of a lynx foot — a Lofoten, as the ancients say. Rugged mountain ridges, deep fjords, dark groves. List of scenarios for Robinson Crusoe. Magali Villeneuve Portfolio. [Robinson Crusoé] Scénarios. Quel warteau choisir ? 20 Most Anticipated Board Games of 2015 - NOMINATIONS ARE OPEN. There can be only one twenty! Back for a sixth year... Status updates:Alphabetical listing of nominations. Upgrade Set for Flash Point, Fire Rescue (128) - LITKO Game Accessories. 7 Wonders - Box Organizer de Broken Token - Boutique en ligne Philibert.