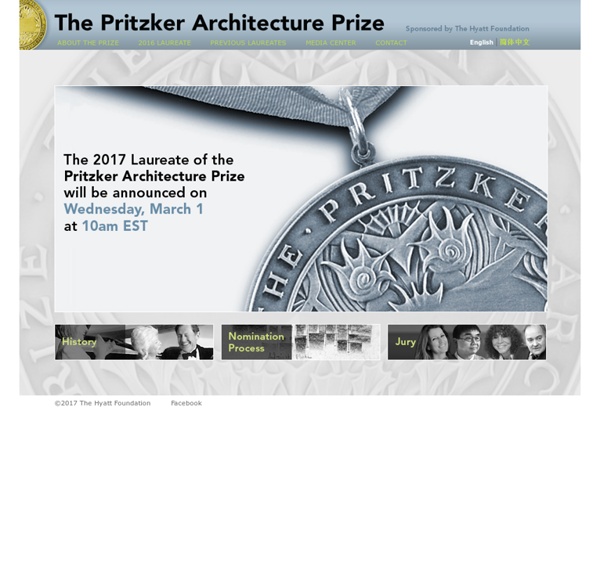 2011 Pritzker Prize: Eduardo Souto de Moura Today, the Pritzker Prize laureate has been announced: Portuguese architect Eduardo Souto de Moura. The 58-year-old architect based in Porto worked on his earlier years at Alvaro Siza’s office, another Pritzker Laureate (1992), and opened his own practice in 1980. Since then he has completed over sixty buildings, most of them in Portugal, and also in Spain, Italy, Germany, United Kingdom and Switzerland. Along his works we find iconic projects such as the impressive Braga Stadium (2004) and the recent Casa das Histórias Paula Rego.

Evaluation + Tools + Best Practices Terms and Conditions Only 21 years old and above is eligible for loan application. To preserve the confidentiality of all information you provide to us we maintain the following Privacy Principles. CUAC ARQUITECTURA, Fernando Alda - www.fernandoalda.com · Gabba Hey Rock and Roll Music School This slogan, rescued from the cult movie Freaks 1928, was fixed to a huge banner to reclaim the pride of the marginal. The whole band starred the musical Rock and Roll High School (1979), centered in the crazy disintegration of an american high school where the students would take the total control of institution turning the Ramones in their new improvised teachers. 35 years after this funny and educational pionering experience a well known group of musicians from Granada musical scene have decided to move the same spirit to their own city. The local selected, a former diagnosis clinic, is transformed from the demolition of layers of plasterboard to discover the harshness potential present in an enclosure in which the whole process of building work has been left patent.

2011 Pritzker Prize Ceremony: Eduardo Souto de Moura, and Barack Obama Last night we had the honor of attending the 2011 Pritzker Prize Ceremony in Washington D.C., where Portuguese architect Eduardo Souto de Moura received this important recognition. This was the third time we attended the event (after 2009 in Buenos Aires and 2010 in New York) and it was a special evening, not only because of the renowned architects attending the event, but also for the presenting speech by President Barack Obama. Obama, a friend of the Pritzker family, delivered a short but interesting speech to Souto de Moura and the architects. Obama’s interest in architecture goes way back as we’ve heard him state that he thought he could be an architect, but as he said at the speech “I expected to be more creative than I turned out, so I had to go into politics instead”.

Promoting Architecture Qurratulain Poonawala (international partner - PAKISTAN) - qp.design@ymail.com Born in Karachi, Pakistan in 1982, Qurratulain graduated with a Bachelors in Architecture from the Indus Valley School of Art & Architecture. In 2009 she undertook a course on ‘Interior Design for Retail’ from the Central Saint Martins College of Art & Design, London UK Qurratulain has also been involved in architectural writing/journalism and often contributes to national press. She won the First Prize in the Eighth Annual Berkeley Undergraduate Prize for Architecture Design Excellence 2006 after which her work was published in the Almanac of Architecture & Design 2007. Mecanoo, Michael Van Gessel, Pedro Kok · Villa 4.0 A simple bungalow dating from 1967 on a hexagonal ground plan had been radically altered and modi ed through the years. Although this had made the house bigger, it had also become increasingly inward-looking. The expanding wings were steadily enclosing the heart of the house with the hall and living quarters, and direct contact between the house and the magni cent surroundings was largely lost. The original detailing and material form were consistently adhered to during all previous interventions but the result was now thoroughly outmoded and of a poor technical quality.

2012 Pritzker Prize: Wang Shu For nearly all of the next ten years, he worked with craftsmen to gain experience at actual building and have no responsibility for design. In 1997, Wang Shu and his wife, Lu Wenyu, founded their professional practice in Hangzhou, naming it “Amateur Architecture Studio.” He explains the name, “For myself, being an artisan or a craftsman, is an amateur or almost the same thing.” His interpretation of the word is relatively close to one of the unabridged dictionary’s definitions: “a person who engages in a study, sport or other activity for pleasure rather than for financial benefit or professional reasons”. In Wang Shu’s interpretaion, the word “pleasure” might well be replaced by “love of the work”.

A.I.D. about Architecture In Development Architecture In Development (A.I.D.) is a non-profit organization initiated at the end of 2009. Our mission is to re-connect sustainable development to architecture by developing a user-generated knowledge platform. The main feature of the web platform is the interactive architectural map where building information (related to a location's -contexts) can be added & edited easily by the users. Our homepage features articles carefully selected to encourage on-going discourses. Further, there is a bulletin-board for community members to share local and global visions on sustainable developments. CUAC ARQUITECTURA, Javier Callejas Sevilla - www.javiercallejas.com · The Route of Balconies. Isabel the Catholic The still black and white photo in which the nation of Sylvania appears, comes from an image from the 30´s of the city of Loja. An image that shows the superb situation of this beautiful Andalusian town, located between the two sides of the valley of river Genil, in the East part of the province of Granada. Topography defines the particular scenery of the city of Loja. To understand this characteristic, it´s necessary to connect all of the city´s district topographical features that are combined to make up the city´s identity. The need of recovering different abandoned places in the city of Loja, arised the opportunity of creating a network of public areas, designed as balconies to leant out to the city. The project here presented shows a group of areas, or as we said before, balconies, places to leant out, but also to be looked at, places the city, is scenery and its history.