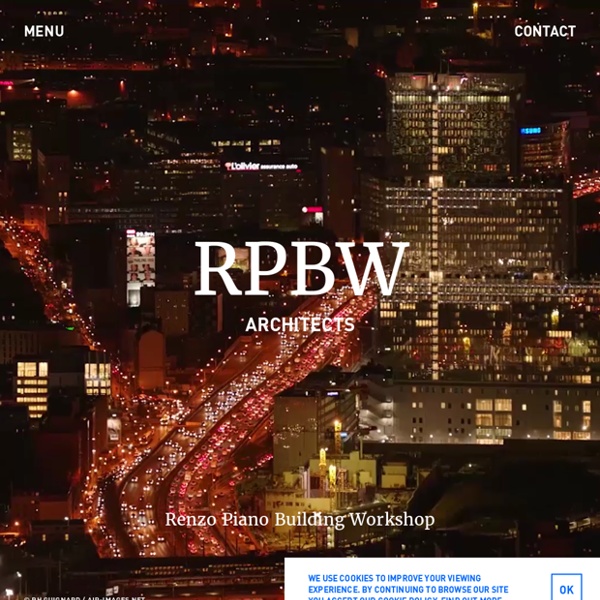 Greek Architecture: History, Characteristics Legacy of Greek Architecture The legacy of Greek architectural design lies in its aesthetic value: it created lots of beautiful buildings. This beauty came not just from the grandeur and nobility of its architectural columns, but also from its ornamental features. The fluting of its columns, for instance, affords grace and vibration to the otherwise stolid shafts; but the channels reinforce rather than cut across support lines.

Roman Architecture Romans were famous for their advancement in architecture and engineering. Before the Romans, the most commonly used building style was the post and lintel. This way of building was of course limited in the weight it could carry and therefore the span between the supports. Architecture Category Archive There’s a lot of talk about green design: why we need it, which developers are doing it, when elected officials set goals for it. This is all good. But under-recognized are the architects who actually figure out how to reduce a building’s environmental impact, while still creating structures that meet the traditional challenges of good design. So three cheers to the Seattle chapter of the American Institute of Architects.

Renaissance Architecture [cite] MLA"Renaissance Architecture." Essential Humanities. N.p., n.d. Web. 9 Jul. 2016. Blade Runner: 30 Years of Synchromysticism - Part 2 (Aztec-Mayan Symbolism) Blade Runner: 30 Years of Synchromysticism - Part 2 (Aztec-Mayan Symbolism)by Loren Coleman ©2012 Set in November 2019, director Ridley Scott's Blade Runner celebrates its 30th anniversary on June 25, 2012. Director Scott's immediate previous film was Alien (1979) and his most recent film, of course, is Prometheus (2012). These two films share with Blade Runner a look at our future worlds impacted by genetic engineers. Difference Between Gothic and Romanesque Architecture Gothic vs Romanesque Architecture Gothic and Romanesque architecture are different architectural styles with certain similarities and many differences. The Romanesque architecture style was prevalent during the 9th and the 12th centuries. The Byzantine and the Roman styles have influenced the Romanesque architecture. The name “Romanesque” was carved out in the 1800s as it came with the barrel vault feature which had a resemblance to the classical Roman arch. The Gothic architecture is traced to the mid-12th century.

‘Solo Office’ by Office KGDVS (BE) ‘Solo Office’ by Office KGDVS The Solo Houses project, a collection of villas in Spain by international architects, has unveiled ‘Solo Office’, a house designed by Belgium’s OFFICE Kersten Geers David Van Severen. Currently under construction in a vast wilderness in the Matarranya region, 200 km south of Barcelona, Solo Office is a vacation home with a ring-shaped roof “that is as thin as possible, simply flooded by the light and landscape in a unique experiment with the surroundings” says Solo Houses, the promoter. “In Solo Office our aim was to see how far you can diverge from the preconceived idea of a ‘house’ and still create a comfortable place to live in; to produce a house that virtually disappears into its environment.” says Office KGDVS.

Where can I find Art Nouveau-Jugendstil buildings? I have heard of Art Nouveau buildings and art on all 6 continents but most of them are in Europe and in a smaller part in the United States. In Europe, some countries were literally covered by such architecture : in Belgium, every medium to large town has its Art Nouveau buildings and rather comprehensive architecture guides have been published. Germany seems to had as much Art Nouveau as Belgium but I have found less information or studies about it and it has been much more destroyed during WW2. table of content :

Hadrian's Wall - Caledonians, Picts and Romans The emperor Hadrian visited Britannia in AD 122 and ordered his generals to build a wall from the Tyne to the Solway, to prevent raiders from the north destroying the strategic Roman base at Corbridge, in Northumberland. Hadrian’s Wall was 80 Roman miles long - about 73 modern miles or 117 km. It was built in 5 mile stretches, with seventeen forts. Smaller forts called ‘milecastles’ were built every mile and between these were signal turrets. Building the wall was a huge undertaking; it took 15 years to build, and sons followed fathers into guarding the wall. Eighteen thousand soldiers worked on it, and 4 million tonnes of stone were used.