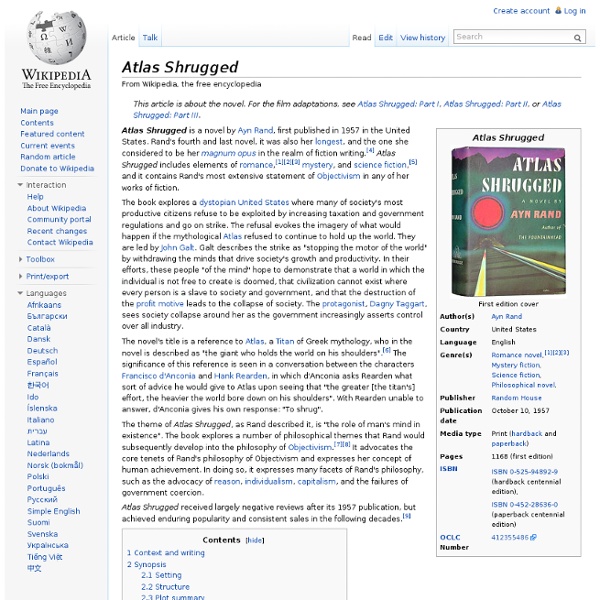 The Great Explosion The Great Explosion is a satirical science fiction novel by Eric Frank Russell, first published in 1962. The story is divided into three sections. The final section is based on Russell's famous 1951 short story "...And Then There Were None." Twenty-three years after the novel was published, it won a Prometheus Hall of Fame Award. Plot[edit] The Blieder drive, a faster-than-light drive system, has permitted the population of Earth to colonize the galaxy. The first planet was a penal colony; it is now many independent kleptocratic despotisms preying on each other. See also[edit] References[edit] Jump up ^ James, Edward (2003). External links[edit]

News from Nowhere The book explores a number of aspects of this society, including its organisation and the relationships which it engenders between people. Morris cleverly fuses Marxism and the romance tradition when he presents himself as an enchanted figure in a time and place different from Victorian England. As Morris, the romance character, quests for love and fellowship—and through them for a reborn self—he encounters romance archetypes in Marxist guises. In the novel, Morris tackles one of the most common criticisms of socialism; the supposed lack of incentive to work in a communistic society. Looking Backward[edit] Morris reviewed the novel Looking Backward in the Commonweal on 21 June 1889. Morris’s basic antipathy with Bellamy arose chiefly from his disagreement with Bellamy’s social values and aesthetic convictions. More specifically, Morris criticised the limited nature Bellamy's idea of life. Gender in Nowhere[edit] Marriage[edit] Morris offers a Marxian view of marriage and divorce.

Looking Backward Looking Backward: 2000-1887 is a utopian science fiction novel by Edward Bellamy, a lawyer and writer from Chicopee Falls, Massachusetts; it was first published in 1888. According to Erich Fromm, Looking Backward is "one of the most remarkable books ever published in America".[1] Synopsis[edit] The book tells the story of Julian West, a young American who, towards the end of the 19th century, falls into a deep, hypnosis-induced sleep and wakes up one hundred and thirteen years later. He finds himself in the same location (Boston, Massachusetts), but in a totally changed world: It is the year 2000 and, while he was sleeping, the United States has been transformed into a socialist utopia. The remainder of the book outlines Bellamy's thoughts about improving the future. Although Bellamy's novel did not discuss technology or the economy in detail, commentators frequently compare Looking Backward with actual economic and technological developments. Key excerpts[edit] Precursors[edit]

STRUCTURE OF SCIENTIFIC REVOLUTIONS The Structure of Scientific Revolutions is a 1962 book about the history of science by Thomas S. Kuhn. Its publication was a landmark event in the history, philosophy, and sociology of scientific knowledge and triggered an ongoing worldwide assessment and reaction in—and beyond—those scholarly communities. Kuhn challenged the then prevailing view of progress in "normal science." Normal scientific progress was viewed as "development-by-accumulation" of accepted facts and theories. For example, Kuhn's analysis of the Copernican Revolution emphasized that, in its beginning, it did not offer more accurate predictions of celestial events, such as planetary positions, than the Ptolemaic system, but instead appealed to some practitioners based on a promise of better, simpler, solutions that might be developed at some point in the future. History[edit] Synopsis[edit] Basic approach[edit] Historical examples[edit] Kuhn explains his ideas using examples taken from the history of science.