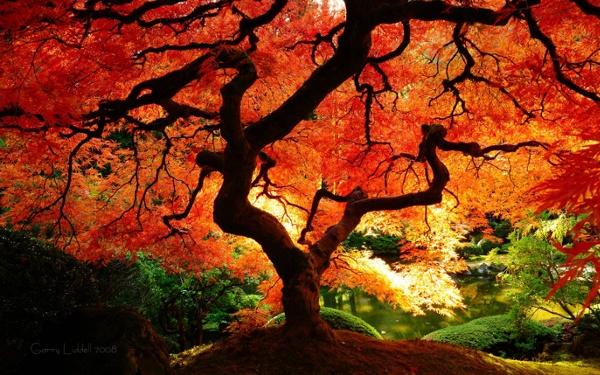 Watkins Glen State Park Watkins Glen State Park is the most famous of the Finger Lakes State Parks located on the edge of the village of Watkins Glen, New York, south of Seneca Lake in Schuyler County. The main feature of the park is the hiking trail that climbs up through the gorge, passing over and under waterfalls. The park has a lower part that is next to the village and an upper part that is open woodland. Watkins Glen State Park is in a 400-foot-deep narrow gorge cut through rock by a stream that was left hanging when glaciers of the Ice age deepened the Seneca valley, increasing the tributary stream gradient to create rapids and waterfalls wherever there were layers of hard rock. The rocks of the area are sedimentary of Devonian age that are part of a dissected plateau that was uplifted with little faulting or distortion.

Most Fascinating Geological Wonders On Earth Mar 08, 2011 / Category : Misc / 37 Comments This planet we live on offers us beauty beyond words. Every country has its own special region that takes your breath away with the magnificence of it. Here we can see some places that are a geological wonder that you may know about already, or maybe not? Antelope Canyon, Arizona, USA Amazing Nimbus: 25 Breathtaking Photographs of Beautiful Cloud Formation When you look at clouds, you find the most interesting of shapes. The layers of white and gray overlap each other beautifully and result in amazing cloud formations. Today we shall share with you all some such formations through their perfect photographs. Check them out below. Note: These are hi-res images, just click on images to see full size view Photograph by Rolland Hartstrom

36 Pictures That Look Photoshopped – But Are Not The power of Photoshop is amazing, but still it doesn’t beat the power of imagination. Although many photos taken by professional photographers and enhanced in Photoshop can be absolutely stunning, the photos taken wisely and in a creative manner are even more impressive. Today’s showcase is dedicated to such photos, the ones that make people skeptical about not being manipulated and still they are genuine and impressive. They can be really inspiring and a pride to every photographer’s portofolio, no matter if they are funny, dramatic or just miracles of nature. Salar de Uyuni Water Fairy 25 Most Beautiful Animals Photography on StumbleUpon I think the most beautiful pictures are those made in nature. Nothing compares with the expression of a tiger, the majestic flight of an eagle or the strength of a white bear. Below you can see 25 the most beautiful animal photographs that will capture your attention, and were stumbled on StumbleUpon.

Canadian Rockies, Alberta The Canadian Rockies are the easternmost part of the Canadian Cordillera, the collective name for the mountains of Western Canada. They form part of the American Cordillera, an essentially continuous sequence of mountain ranges that runs all the way from Alaska to the very tip of South America. The Cordillera in turn are the eastern part of the Pacific Ring of Fire that runs all the way around the Pacific Ocean. photo source Flanking Alberta’s western border with their rugged peaks and ranges, the Canadian Rockies are home to alpine meadows, emerald lakes, wild waterways, backcountry wilderness, and some of the best hiking and skiing in the world. photo source

The Tunnel Of Love Klevan is an urban-type settlement in the Rivne Raion of Rivne Oblast in western Ukraine. Its population is 7,470 as of the 2001 Ukrainian Census. Klevan is accessed via the T1B17 and H22 roads, and is located 28.3 km northwest of Rivne and 50.4 kilometres southeast of Lutsk along the H22. Klevan lies on the Stubla River. There’s a real place in the Ukraine that looks like this. This beautiful train tunnel filled with greenery is located in Kleven, Ukraine. Rare Rainbows in the Dark [24 PICS] Upper Yosemite Falls Moonbow. Rainbows in the dark have been delighting the few who are fortunate enough to witness the phenomenon since Aristotle’s time. Photo #1 by Teddy Llovet Amazing Places To Experience Around the Globe (Part 3) Devetashkata Cave - Bulgaria Ben Bulben at County Sligo, Ireland Shark Island - Sydney