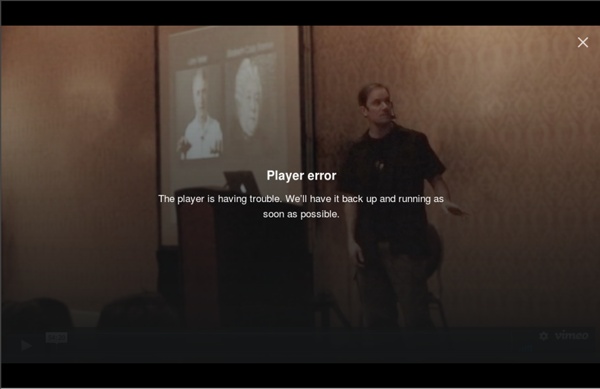 At This Vending Machine, Swapping is the New Buying - Environment We're used to putting money in a vending machine and instantly receiving consumable goods—a bag of chips, a soda, or even a new pair of headphones—in return. But what if vending machines became a fresh way to reuse, recycle, and trade with people in your community? That's the vision of the Swap-O-Matic, a New York City-based vending machine project that wants to "shift culture away from an emphasis on unconscious consumption" by encouraging people to donate and receive used items for free. When There's No Simple Solution At Work, Learn To Embrace The Mess This is the third in a series excerpted from a new chapter in the paperback version of Good Boss, Bad Boss, a New York Times bestseller by Robert Sutton. Read the first installment, Are You A Power Poisoned Boss? here, and the second, What Good Bosses Do With Bad Apples, here. The best bosses strive to simplify things for themselves, their people, and their customers. In addition to the subtraction mindset already considered, Good Boss, Bad Boss shows the value of checklists, of instilling predictability during scary times, and offers A.G.

"Design Thinking" Isn't a Miracle Cure, but Here's How It Helps [This is a follow-up to Helen's previous article on design thinking, The Seven Deadly Sins That Choke Out Innovation ? Ed.] Recently, Kevin McCullagh of British product strategy consultancy, Plan organized a two-day event for executives to wrap their heads around the concept of design thinking?and, in particular, to think about how they might go about implementing it within their own organization. Kevin invited me along to give an overview of some of the things I've been thinking recently.

Viewpoint: Gartner on the changing nature of work 10 February 2012Last updated at 00:04 By Tom Austin Vice president, Gartner Hive mind: Working around the clock in hyper-connected 'swarms' - is this the future of work? As part of our Future of Work series running throughout February, we asked some experts to give us their take on how the way we work is going to change. Tom Austin, vice president at Gartner, has been a Gartner Fellow for a decade.

Python Sourced[edit] And what defines a 'python activist' anyway? Blowing up Perl installations worldwide? Ivan Van Laningham, June 2005, on comp. lang. pythonAs it seems to me, in Perl you have to be an expert to correctly make a nested data structure like, say, a list of hashes of instances. In Python, you have to be an idiot not to be able to do it, because you just write it down. Peter Norvig, August 2000, on comp.lang.functionalPython is more concerned with making it easy to write good programs than difficult to write bad ones. Diamond light, brighter than the sun Imagine that the only thing limiting you is your imagination – that the physical means of achieving what you see in your mind’s eye is right in front of you. That, according to Professor Mark Hodson, is how it is for scientists at the Diamond synchrotron in Oxfordshire. With its curving walls, lined with walkways, pipes and colourful, clunky-looking machines and gadgets, it’s a sight that wouldn’t seem out of place in an early episode of ‘Doctor Who’. Diamond light, brighter than the sun

Empathize Like A Doctor, Design Like An Entrepreneur Every day it seems that we read about the launch of a new startup or technology application claiming to disrupt and reinvent the health care system. This flood of activity comes at a time when the health care industry is in dire need of entrepreneurial spirit, fresh perspectives and new skills. But to create products and services that have the potential to make a large impact, entrepreneurs and health care professionals need to work together. Defining Success For new products to impact health and health care outcomes, we must find a way for them to be adopted by physicians, patients, health care institutions, third-party payers, and regulatory agencies.

Frog Design: 3 Things Wile E. Coyote Teaches Us About Creative Intelligence Bruce Nussbaum was right to close the book on Design Thinking. It is time to move on. Business never really got the message. The Guts of a New Machine So you can say that the iPod is innovative, but it's harder to nail down whether the key is what's inside it, the external appearance or even the way these work together. One approach is to peel your way through the thing, layer by layer. The Aura Welcome to the SICP Web Site Wizard Book n. Hal Abelson's, Jerry Sussman's and Julie Sussman's Structure and Interpretation of Computer Programs (MIT Press, 1984; ISBN 0-262-01077-1), an excellent computer science text used in introductory courses at MIT. So called because of the wizard on the jacket. One of the bibles of the LISP/Scheme world. Also, less commonly, known as the Purple Book. from The New Hacker's Dictionary, 2nd edition (MIT Press, 1993) This site is a companion to the influential computer-science text Structure and Interpretation of Computer Programs, by Abelson, Sussman, and Sussman.

How to Build a Tiny, Off-Grid House for $2500 (Video) Paul Wheaton/Video screen capture From life inside a tiny, 7'x12' portable house to touring an infamous roundhouse, we've been pretty fascinated by the DIY tiny house movement. Here's a great video on how to build your own tiny, cordwood, off-grid roundhouse—including some detailed tips and ideas on both the drawbacks and strengths of this particular approach.