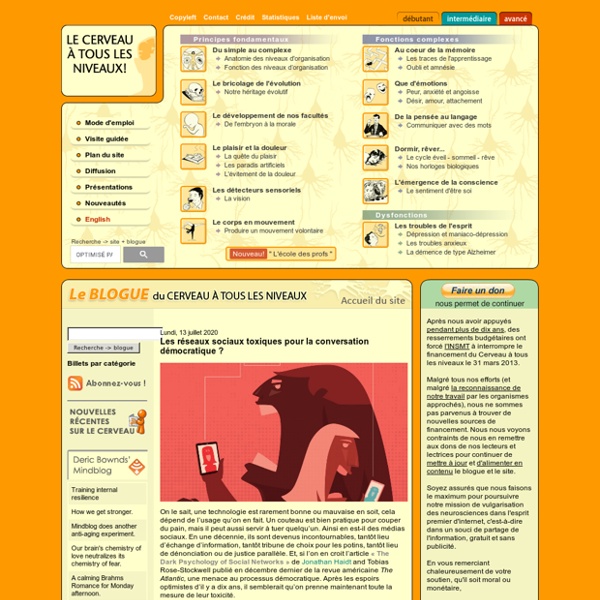 The Impact Of Situated Cognition In eLearning Gathering knowledge is one thing, but being able to apply it in the real world is another. The primary objective of any eLearning course is to give learners the skills and information they need to achieve personal and professional goals. This is why situated cognition is a perfect fit in eLearning strategies. In this article, I will discuss the impact situated cognition has upon online education. Fasting-like diet reduces multiple sclerosis symptoms Previous studies indicated that similar diets could fight cancer and reduce the signs of aging - Evidence is mounting that a diet mimicking the effects of fasting has health benefits beyond weight loss, with a new University of Southern California (USC)-led study indicating that it may reduce symptoms of multiple sclerosis. Scientists discovered that the diet triggers a death-and-life process for cells that appears critical for the body's repair. See Also: Study of self-awareness in multiple sclerosis has implications for rehabilitation "During the fasting-mimicking diet, cortisone is produced and that initiates a killing of autoimmune cells," said Valter Longo, the study's lead author and professor who directs the USC Longevity Institute at the Davis School of Gerontology. "This process also leads to the production of new healthy cells."

10 simple mindfulness exercises I was eating at an Ethiopian restaurant yesterday. For those not familiar with that cuisine, the food is served on thin pancakes and one is supposed to eat one’s dinner with the right hand. For me it was a painful exercise in overcoming my conditionings. The table went quiet: a measure of the concentration we all needed to not eat warm food with knife and fork. Allan Snyder Allan Whitenack Snyder is the director of the Centre for the Mind at the University of Sydney, Australia where he also holds the 150th Anniversary Chair of Science and the Mind. He is a co-founder of Emotiv Systems and winner of the International Australia Prize in 1997 and the Marconi Prize in 2001 for his contributions to optical physics. Allan is also the Creator and Chairman of the What Makes a Champion? forum, an official Olympic cultural event first held at the Sydney 2000, then Beijing 2008 and forthcoming London 2012 Olympic Games. Nelson Mandela and John Howard opened the 2000 event.

People remember 10%, 20%...Oh Really? Publication Note This article was originally published on the Work-Learning Research website (www.work-learning.com) in 2002. It may have had some minor changes since then. It was moved to this blog in 2006. Updated Research Metacognition: Nurturing Self-Awareness in the Classroom How do children gain a deeper understanding of how they think, feel, and act so that they can improve their learning and develop meaningful relationships? Since antiquity, philosophers have been intrigued with how human beings develop self-awareness -- the ability to examine and understand who we are relative to the world around us. Today, research not only shows that self-awareness evolves during childhood, but also that its development is linked to metacognitive processes of the brain. Making Sense of Life Experiences Most teachers know that if students reflect on how they learn, they become better learners.

The Cure for Acid Reflux, Heartburn and Bloating That No Doctor Thinks to Prescribe : The Hearty Soul Ever get a burning feeling after eating a meal? You may be suffering from acid reflux. Many people dismiss acid reflux as a mere annoyance that you can get rid of using an antacid. The Centre For Mindfulness Research And Practice What is 'mindfulness' and how can it help? Mindfulness is often defined as 'paying attention on purpose moment by moment without judging, (Full Catastrophe Living, - Jon Kabat-Zinn). This means developing the ability to pay deliberate attention to our experience from moment to moment. We learn to tune in to what is going on in our mind and body day to day without judging our experience. Beta movement The beta movement is an optical illusion, first described by Max Wertheimer in 1912,[1] whereby a series of static images on a screen creates the illusion of a smoothly flowing scene. This occurs when the frame rate is greater than 10 to 12 separate images per second. It might be considered similar to the effects of animation. The static images do not physically change but give the appearance of motion because of being rapidly changed faster than the eye can see. This optical illusion is caused by the fact that the human optic nerve responds to changes in light at about 10 cycles per second,[citation needed] so changes about double of this are registered as motion instead of being separate distinct images.

What Are The Hardest Languages to Learn Bonjour! Did you catch that? That was the only French word that rolls easily off my tongue after several years of college French classes. Yes, that is pathetic. Yes, I am ashamed. What is Mindset Every so often a truly groundbreaking idea comes along. This is one. Mindset explains: Why brains and talent don’t bring success How they can stand in the way of it Why praising brains and talent doesn’t foster self-esteem and accomplishment, but jeopardizes them How teaching a simple idea about the brain raises grades and productivity What all great CEOs, parents, teachers, athletes know Mindset is a simple idea discovered by world-renowned Stanford University psychologist Carol Dweck in decades of research on achievement and success—a simple idea that makes all the difference. In a fixed mindset, people believe their basic qualities, like their intelligence or talent, are simply fixed traits.

EphA4 is Involved in Sleep Regulation But Not in the Electrophysiological Response to Sleep Deprivation Study objectives: Optimal sleep is ensured by the interaction of circadian and homeostatic processes. Although synaptic plasticity seems to contribute to both processes, the specific players involved are not well understood. The EphA4 tyrosine kinase receptor is a cell adhesion protein regulating synaptic plasticity. We investigated the role of EphA4 in sleep regulation using electrocorticography in mice lacking EphA4 and gene expression measurements.