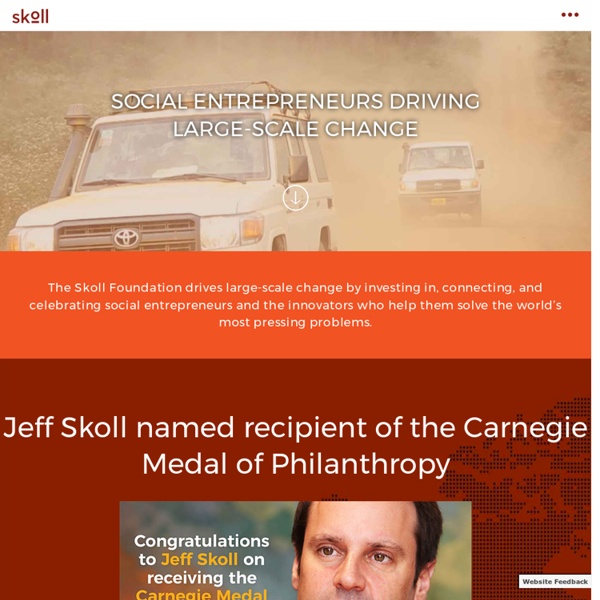 Engaging Youth to Be Social Entrepreneurs Curt – May 19, 2006 7:57 am (#25 Total: 88) Founder, SAGE and Professor, CSU-Chico (USA) To Start: Entrepreneurship First, Social Second Good day, everyone. By Social Entrepreneurs, For Social Entrepreneurs® Welcome to SkollWorldForum.org former Social Edge users! Social Edge was an online community created by the Skoll Foundation from 2003 - 2013. The site has since closed as we have focused efforts on the new Skoll World Forum platform. DISCOVERY: A Simulation of Early American Colonization - Interact Simulations Divided into separate "colonies," teams of students face problems typical of life in 17th-century America and try to ensure the success of their settlements. After deciding on cargo and using map skills to cross the sea and select their sites, students—playing such roles as colony leaders, bankers, mappers, traders, and recorders—are pressed to make decisions concerning the division of labor, the role of government, and defense against possible Indian attack. Interaction among the colonies results in trading, alliances, and sometimes conflict, while Fate Cards affect each colony's success or failure.

How to set up a social enterprise curriculum An inclusive vision of entrepreneurship is crucial to attracting students outside management or business. Photograph: Clerkenwell/Getty Images Despite the widespread interest in finding, funding and supporting social entrepreneurs in higher education, embedding social entrepreneurship in the curriculum remains a key challenge. Here at Southampton we have launched an interdisciplinary module in Social Enterprise, which is open to students of all year groups and across all disciplines. The module has been a year in the making and there has been a steep learning curve.

The New Heroes . What is Social Entrepreneurship? Photo: Mitch Wilson A social entrepreneur identifies and solves social problems on a large scale. Just as business entrepreneurs create and transform whole industries, social entrepreneurs act as the change agents for society, seizing opportunities others miss in order to improve systems, invent and disseminate new approaches and advance sustainable solutions that create social value. How youth hostels have been given a new lifeline by social entrepreneurs The Youth Hostel Association (YHA) has been providing budget accommodation in England and Wales since before the second world war. It was set up to offer "young people of limited means better access to the countryside". But keeping up with modern expectations has proved challenging for the association, one of Britain's best known social enterprises. A series of programmes to invest strategically in its hostel network has forced it to close those that it deemed unsustainable. In February it was announced that eight hostels, including Derwentwater, Salisbury and Newcastle, would be sold at the end of the 2011 season. The most devastating round of closures in 2006 saw 32 hostels put up for sale – almost a seventh of the network.

Teaching the Key Skills of Successful Social Entrepreneurs What if we taught the key mindsets and skill sets that help make successful social entrepreneurs? In the past few years, there has been an exponential increase in social entrepreneurship classes at universities. In most of these classes, professors teach students how to create business plans for social ventures. And many of these courses are excellent.

The Reinvention of Philanthropy: An Interview With The Aspen Institutes' Jonathan Greenblatt Jonathan Greenblatt currently serves as the Director of The Impact Economy Initiative at the Aspen Institute and is the founder and former president of All for Good (Our Good Works [OGW]), the open source, web-based initiative to engage more Americans in service. It is the largest database of volunteer listings ever compiled and provides content to a wide range of government, nonprofit, and personal websites. Jonathan is the former CEO of GOOD Worldwide and the co-founder of Ethos Brands, the business that launched Ethos Water, the premium bottled water that helps children around the world get clean water.