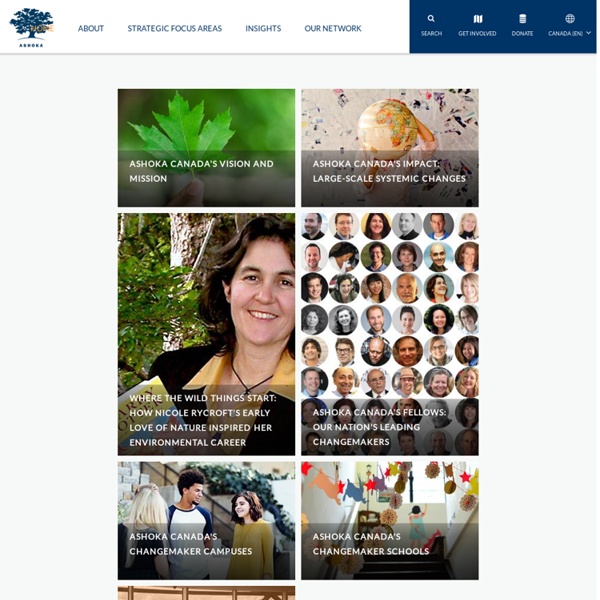 Timebank by e-flux LINEA: Katie Holten and Mariateresa Sartori Curated by Kathy Battista April 27 – May 31, 2014 News & Agenda - A Century of Pastoe Pastoe marks its centenary on 13 April 2013! We’re not about to let this special milestone go unnoticed and we’d love to have you involved in the events. For more information, please visit the jubilee website 100jaar.pastoe.com From 23 February to 2 June 2013, there will be an exhibition at Kunsthal Rotterdam (NL). A team of designers, architects, artists and photographers of national and international importance will be helping decide on suitable content for the festivities. The program is being put together around three themes: History, Environment and Innovation.

Mimi Ito Biography Mizuko Ito is a cultural anthropologist of technology use, examining children and youth’s changing relationships to media and communications and is Professor in Residence and John D. and Catherine T. MacArthur Foundation Chair in Digital Media and Learning at the University of California, Irvine, with appointments in the University of California Humanities Research Institute, the Department of Anthropology, and the Department of Informatics. Her work on educational software appears in Engineering Play: A Cultural History of Children’s Software. Five Ways to Expand Your Empathy - The School of Life It is usual, at this time of year, to make a series of earnest New Year's Resolutions which by tradition you resolutely fail to keep. Why not try promising yourself some New Year's Explorations instead and widen your personal horizons. Expanding your empathy might offer just what you are looking for. Empathising is an avant-garde form of travel in which you step into the shoes of another person and see the world from their perspective. It is the ultimate adventure holiday far more challenging than a bungee jump off Victoria Falls or trekking solo across the Gobi desert. Here are my five top tips for transforming yourself into an empathetic adventurer over the coming months.

What We Do - Rebellious Truth So What the Friggins Do We Do? Rebellious Truths is a social movement for truth, integrity and accountability in our political and media systems, and our culture at large. We are educating the populace on the major issues they are not being informed about, or being misinformed about, that are essential to their proper self-governance and livelihood. We are breaking down the walls of rigid dogma and falsehoods that have prevented us from coming together and finding sustainable solutions for all. We are shifting the old partisan paradigm into a new unifying “freethinking framework.”

PROJECTS EFQUEL participates actively in European projects both as an initiator as well as an active project partner. EFQUEL is mainly involved in projects that focus on innovation, open access and quality assurance within various educational models and sectors. EFQUEL supports the process of developing and implementing quality frameworks and tools, assists in research and content development, sets up peer review processes and other quality assurance processes and disseminates results among its network. EFQUEL aims to make project outcomes sustainable and develop them in tools that can be used by the EFQUEL network and partners for assuring the quality of their learning provision and institutional quality assurance schemes. The following projects have become certification schemes and tools that are now managed by EFQUEL.

Russia: Political Ambitions for Most Influential Blogger? This post is part of our special coverage Russia's Protest Movement. Earlier this week, on August 1, members of Aleksei Navalny's inner circle announced [ru] that they are forming a new political party called “People's Alliance.” For the time being, Russia's most influential blogger — a man many are now calling the leader of the anti-Kremlin opposition — will not be joining the party, but this has not stopped wide speculation that it could become an important vehicle for Navalny in the future. The minds behind People's Alliance include Vladimir Ashurkov (executive director of Navalny's anti-corruption fund), Georgii Alburov (coordinator of Navalny's elections-monitoring project), and Leonid Volkov (an Yekaterinburg politician and e-Government prophet), among others.

The Six-Lesson Schoolteacher, by John Taylor Gatto Call me Mr. Gatto, please. Twenty-six years ago, having nothing better to do, I tried my hand at schoolteaching. Team-Building Exercises - Team Management Training from MindTools Planning Activities That Actually Work Learn how to plan effective team-building activities with your people. You've probably been involved in a team-building activity at some point. Perhaps it was a weekend retreat, or an afternoon at the climbing gym learning to rely on one another, or a day on the golf course getting to know everyone. But, whether or not you and your colleagues enjoyed the experience, what happened when your team members returned to the office? Did they go back to their usual behavior – perhaps arguing over small assignments, or refusing to cooperate with each other?

How (not) to organize a community [This post first appeared in October of 2010 and met with a mixed reaction. Some people found it painful to hear that resilience and sustainability are often little more than middle-class hobbies, while the overwhelming trend throughout the world is toward a different kind of steady state, one characterized by something called durable disorder. However painful, the point stands.] The undesirable element is forced to decamp to a less desirable neighborhood nearby. There, it has no choice but to suffer with high levels of crime, but is typically afraid to ask the police for help, having learned from experience that the police are more likely to harass them then to help them, to arrest them for minor offenses and to round them up and deport them if they happen to be illegal immigrants. They also learn to be careful around members of local gangs and drug dealers.

Weltevrede The blogosphere has played an instrumental role in the transition and the evolution of linking technologies and practices. This research traces and maps historical changes in the Dutch blogosphere and the interconnections between blogs, which — traditionally considered — turn a set of blogs into a blogosphere. This paper will discuss the definition of the blogosphere by asking who the actors are which make up the blogosphere through its interconnections. This research aims to repurpose the Wayback Machine so as to trace and map transitions in linking technologies and practices in the blogosphere over time by means of digital methods and custom software. We are then able to create yearly network visualizations of the historical Dutch blogosphere (1999–2009). This approach allows us to study the emergence and decline of blog platforms and social media platforms within the blogosphere and it also allows us to investigate local blog cultures.

Re-imagining education: from Gandhi’s grandson to a school without classrooms A few months ago, on a remote island off the coast of Stockholm, I met another Change Leader who has truly re-imagined learning for the 21st century. Following a tragic case of vandalism in which his school burnt down to the ground, principal Lennart Nilsson asked his local community what they wanted their new school to look like. Parents, policy makers, teachers and pupils collectively decided on a new kind of learning environment – rooted in the ‘real world’ and based on the natural ways children learn. Pupils work in mixed-aged teams of around 75 children and have sub-teams within that group.

Charles Fernyhough: Is memory just a leaky reconstruction? We are in the middle of a debate about the status of neuroscience. Against the deceptive allure of neuroimaging and reported sightings of "brain centres" for everything from sarcasm to religious experience, there are stern reassurances that, if we were ever to work out the scientific basis of consciousness, it would be too complicated for us to understand. Is neuroscience really changing the way we comprehend ourselves?