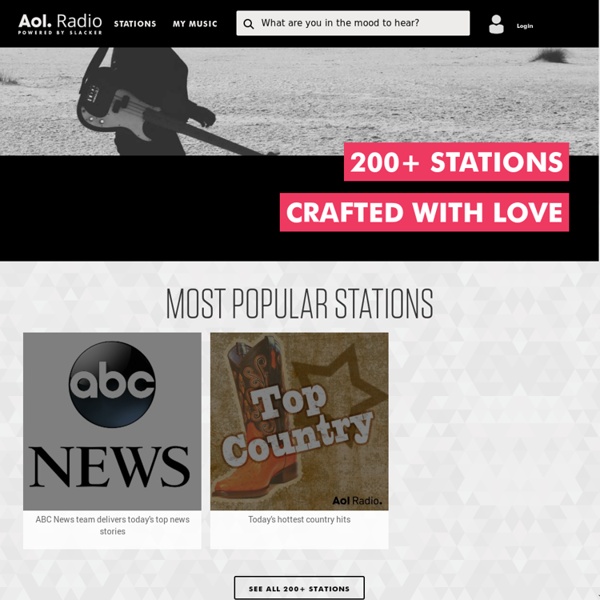 Articles: Maximal Nation Read the reviews for Scottish producer Rustie's Glass Swords, one of the year's great albums, and there's this word that keeps on recurring. Dummy's Chal Ravens hails its "no-genres-barred maximalism," The Wire's Mark Fisher situates the album in an electronic dance counter-tradition of "maximalism" and "managed overload," and Pitchfork's own Jess Harvell refers approvingly to the record's "maximalist zeal." "Maximalism" is vague and capacious enough to contain a whole bunch of ideas and associations, but the general slant of these verdicts is that there are a hell of a lot of inputs here, in terms of influences and sources, and a hell of a lot of outputs, in terms of density, scale, structural convolution, and sheer majesty. Shove "digital" in front of "maximalism" and you've got a phrase that captures what has emerged as the dominant current in electronic music over the last year or two.

A-432Hz (Known as Verdi’s ‘A’) vs A-440hz, A Sonic Experiment ** HIGHLY RECOMMENDED Rating: 5.0/ (1 vote cast) www.432hz.org www.schillerinstitute.org {*style:<i>And may I wish all of you who have followed me on this educational journey for the last few months (almost 10,000 of you) a very happy new year :) </i>*} A-432Hz (Known as Verdi's 'A') vs A-440hz, A Sonic Experiment ** HIGHLY RECOMMENDED , 5.0 out of 5 based on 1 rating (Visited 7,790 times, 0 visits today) Faith No More - Wikipedia, the free encyclopedia History[edit] Early years[edit] Faith No More was originally formed as Faith No Man in 1981 by bassist Billy Gould, drummer Mike Bordin, vocalist Mike "The Man" Morris, and keyboardist Wade Worthington.

This Week&#039;s Singles: 25/10/10 Single of the Week! Family Of The Year - ‘Summer Girl’ from 'Summer Girl' EP (CRC) Get it for NO PENCE here, unless you are SOME SORT OF FOOL. Even though in many respects 'Summer Girl' is a cliché wrapped up in a formula with a load of old blueprint splodged down upon it with no thought for the calories, there are times when these things do not matter. By the time it was sent to me, I had already made up my mind who was going to be here at the top of the page, so its arrival didn't half mess with my system and I was a bit miffed to be honest; another fine thing you want me to listen to.

Top 100 Punk Bands as voted by MusicianForums.com Punk Forum users The Adverts With their raw, enthusiastic immaturity, the Adverts were a bright, though short-lived, light of the punk era, distinguished by the fact that their bassist, Gaye Advert, was one of the first female stars of punk rock. After they (barely) mastered one chord, the Adverts began playing at London's Roxy Club in 1976, where they quickly came to the attention of the Damned's guitarist Brian James. James offered the band an opening spot on the Damned's tour and directed them toward Stiff Records.

'The Smiths and Morrissey changed our lives' The Smiths existed for only five years, between 1982 and 1987, and so appealed to those born in the late 60s and early 70s. That was their soundtrack, and now they are turning 40, they are revisiting their youth. But what's interesting about the Smiths is how they have crossed the generational divide to appeal to current, real-time teenagers. Much of this has to do with the quality of the music. The eight albums remastered by guitarist Johnny Marr and reissued by Rhino last week display an extraordinary diversity of melody and mood – an outpouring of well over 70 songs. The rhythm section is strong: occasionally stolid, always solid and sometimes – in particular on their career highpoint, the extraordinary "damn you, England" rant called "The Queen is Dead" – totally inspired.

Tromboon The name "P. D. Q." is a parody of the three-part names given to some members of the Bach family that are commonly reduced to initials, such as C. Beastie Boys - Wikipedia, the free encyclopedia Beastie Boys are an American hip hop band from New York City, formed in 1981. For the majority of its career, the group consisted of three MCs and musicians Michael "Mike D" Diamond (vocals, drums), Adam "MCA" Yauch (vocals, bass) and Adam "Ad-Rock" Horovitz (vocals, guitar). With seven platinum or better albums from 1986–2004,[2] the Beastie Boys are one of the longest-lived hip hop acts worldwide, and they continue to enjoy commercial and critical success more than 25 years after Licensed to Ill. In 2009, the group released digitally remastered deluxe editions of their albums Paul's Boutique, Check Your Head, Ill Communication and Hello Nasty.

One Track Mind: free, legal MP3 downloads Thanks for discovering One Track Mind! Subscribe via email to have each day's song delivered to your inbox. For those of you who like to be walloped over the head with new (free) music, get ready to rejoice. Here are the 43 MP3s from new and upcoming releases we featured in the month of August 2010, awaiting your consumption in two convenient .zip file downloads: Click here to download PART ONE of the August 2010 MP3 Rewind. Click here to download PART TWO of the August 2010 MP3 Rewind.

Unknown Pleasures Unknown Pleasures is the debut studio album by the English post-punk band Joy Division. It was recorded at Strawberry Studios in Stockport in April 1979, with Martin Hannett as producer, and was released on 15 June 1979 by Factory Records. It followed an abandoned album for RCA Records. Uniform Motion Tour Report: how we earned minimum wage as musicians for 9 days. We launched a gig funding (gigstarter) site a few months back called OneCityPerSecond.com. The idea was to see if we could get some concerts pre-financed to reduce the financial risk of touring. After one successful campaign for a solo gig in Gothenburg, Sweden, and two concerts with the full band in Zaragoza, Spain, which were indirect consequences of setting up the website, we decided to try and organise a tour in Germany.

How-To Guide from Harmonic-Mixing.com The Basics Harmonic mixing consists of two elements: knowing the key of every song that you play and knowing which keys are compatible. To get started, find the keys of your songs. You can detect keys with a piano, a good ear, and a background in music theory. Boy George covers Lana Del Rey's 'Video Games' Music British Pop icon Boy George has been away for a while on the music front, but proves that he’s still up to scratch with the latest happenings in the music world, as the former lead singer of ’80s pop band Culture Club takes his turn on Lana Del Rey‘s hit “Video Games” – taken from her chart-topping debut album, Born To Die. Going that one step further, the singer pulls out a brand new video for his rendition of the song.

Explosions In The Sky announce album release date, English shows Explosions In The Sky have announced the release date of their forthcoming full-length record. Well, tentatively, anyway. Their first album since 2007's All Of A Sudden I Miss Everyone will come out in Spring next year on Bella Union, with the group just "putting the finishing touches" to it at the moment. To coincide with this release, sort of, the band have announced two UK dates for the spring, in May to be precise.