Development Of Photovoltaic Textiles Based On Novel Fibres. DEPHOTEX is a European collaborative research project aiming at the development of flexible photovoltaic textiles to power wearable consumer goods, grid connected systems, as well as off-grid applications. The project of 4.2 million is co-funded by the European Commission (FP7-NMP) for 3 years. DEPHOTEX started last 1 November 2008 and is coordinated by CETEMMSA, a Spanish technological centre specialised in smart devices and smart materials. The consortium is composed of a multidisciplinary team of highly experienced European entities from several countries: 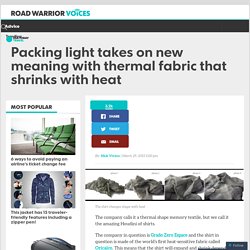 The company in question is Grado Zero Espace and the shirt in question is made of the world’s first heat-sensitive fabric called Oricalco. This means that the shirt will expand and shrink depending on your body’s temperature. The fabric is made up of special threads of nitinol, a shape memory alloy made partially of titanium. The technology was initially used in aerospace applications, so this truly is a travel-tinged fabric. Wearing Embodied Emotions: A Practice Based Design Research on Wearable ... - Seçil U?ur - Google Books. Protective Clothing: Managing Thermal Stress - Google Books. Grado Zero Espace progettazione e realizzazione di materiali e tecnologie innovative.

Grado Zero Espace progettazione e realizzazione di materiali e tecnologie innovative. Technology Innovations in Smart Fabrics. Katy Perry and others popularizing an explosion of wearable tech Republican American. 2010 BERTONE Pandion for Alfa-Romeo Is Next-Level Brilliance Inside and Out. Gif We obviously cover a lot of concepts and dream cars here, but rarely does one captivate the eye and mind more than the 2010 Bertone Pandion. 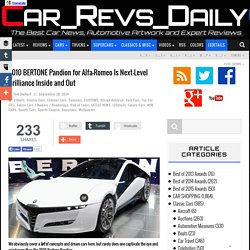 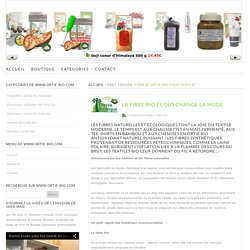 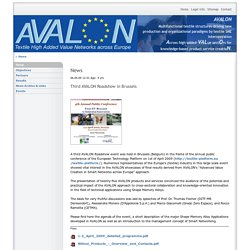 The presentation of twenty-five AVALON products and services convinced the audience of the potential and practical impact of the AVALON approach to cross-sectoral collaboration and knowledge-oriented innovation in the field of technical applications using Shape Memory Alloys. The basis for very fruitful discussions was laid by speeches of Prof. Dr. Grado Zero Espace — V2_Institute for the Unstable Media. The mission of the company is to develop and commercialize new materials and technologies for industry transfer to create new products with the aim to improve quality of life, work and environment. 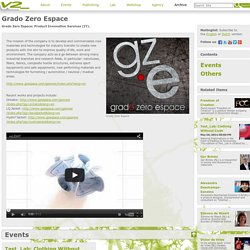 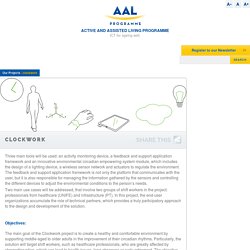 The feedback and support application framework is not only the platform that communicates with the user, but it is also responsible for managing the information gathered by the sensors and controlling the different devices to adjust the environmental conditions to the person’s needs. Two main use cases will be addressed, that involve two groups of shift workers in the project: professionals from healthcare (UNIFE) and infrastructure (PT). In this project, the end-user organizations accumulate the role of technical partners, which provides a truly participatory approach to the design and development of the solution. 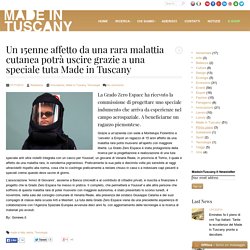 "Absolute Zero" is a jacket developed to protect against harsh environmental conditions. It is based on Aerogel, the best insulating material in the world. Aerogel was used to insulate space probes sent to Mars. It is the only material that can insulate down to minus 50√Ç¬∞C and melts at 3000√Ç¬∞C. Invention : le gant lumineux qui pourrait bientôt remplacer la lampe de poche. Voici une nouvelle invention qui va nous simplifier la vie : le gant lumineux. 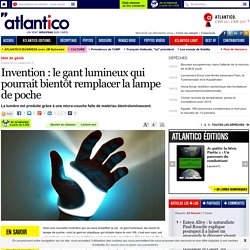 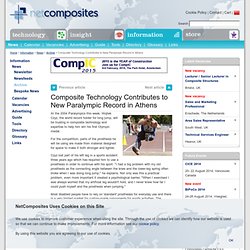 For the competition, parts of the prosthesis he will be using are made from material designed for space to make it both stronger and lighter. Czyz lost part of his left leg in a sports accident three years ago which has required him to use a prosthesis in order to continue with his sport. "I had a big problem with my old prosthesis as the connecting angle between the knee and the lower-leg spring often broke when I was doing long jump," he explains.

Not only was this a practical problem, even more important it created a psychological barrier. "When I exercised I was always worried that my artificial leg wouldn't hold, and I never knew how far I could push myself and the prosthesis when jumping. " Czyz also told MST that he always had problems fitting the prosthesis to his leg. Firefighters thermal sensor jacket. Made by Viking, “Turnout Gear” is a new line of clothing for firefighters which combines Thermal Sensor Technology (TST) and Smart Textiles. 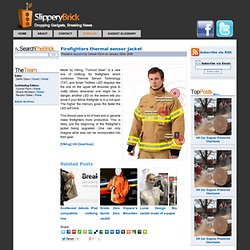 LED displays like the one on the upper left shoulder glow to notify others whenever one might be in danger, another LED on the sleeve lets you know if your fellow firefighter is in a hot spot. The higher the mercury goes, the faster the LED will blink. This should save a lot of lives and in general make firefighters more productive. This is likely just the beginning of the firefighter’s jacket being upgraded. Development of MR Fluid for Running Shoes with an Active Damping System. I buchi con la silice intorno: l’aerogel. Press Release - SpaceRef Canada. Space technology will thrust two cars into this year's legendary 24-hour Le Mans race.

Thanks to new composite materials designed for space travel, the cars will be lighter and safer making them more competitive in the world-famous race that takes place this year from 14 to 15 June in France. Le Mans, which has been held every year since 1906, is an international event in automobile endurance racing.

System to promote Walking for Elderly Empowering Tourism and improve Mobility. Seat LIGHTBULB - NEW PRODUCTS DEVELOPMENT. The Bertone Pandion Concept at Beijing and the creation of BERTONE CHINA - Automanie. Caprie (TO) April 21, 2010 – The Board of Directors of Bertone has announced the opening of its new head office in China, in Beijing: Bertone China. The birth of Bertone China is responding not only to the need of being present in the first car market of the world, but also wishing to offer any further support “in the area” to its Chinese customers.

The presentation of Bertone China on the Beijing Auto Show eve, where Bertone is going to exhibit the concept car Pandion for the first time ever in the Chinese market, emphasizes the consistency of Bertone strategy with its Chinese interlocutors. One of the Stars of the 2010 Geneva Motorshow. Fashionable Technology Research Consortium. Dave Pollard has a proposal for collaboration: "Let's create, together, the Wearable Home. " The three steps in doing so are: 1. Develop a complete specification for the Wearable Home -- what it would have to be able to do. 2. Research current and evolving technologies that meet these specifications. 3. Design it. From Dave Pollard's Proposal: " I have written several times about the idea of a 'wearable home' -- a self-contained environment that would allow the 'wearer/resident' to live comfortably 'outdoors' anywhere on Earth. Irm_rapporto_11_febbraio.pdf. ‎www.scienzainrete.it/files/irm_rapporto_11_febbraio.pdf.