Science, Technology and Innovation to April 2014 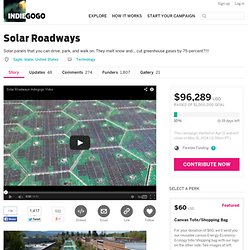 Thanks to Sam Cornett and Craig Fine Solar Roadways is a modular paving system of solar panels that can withstand the heaviest of trucks (250,000 pounds). These Solar Road Panels can be installed on roads, parking lots, driveways, sidewalks, bike paths, playgrounds... literally any surface under the sun. Solar Roadways has received two phases of funding from the U.S. Our glass surface has been tested for traction, load testing, and impact resistance testing in civil engineering laboratories around the country, and exceeded all requirements.Solar Roadways is a modular system that will modernize our aging infrastructure with an intelligent system that can become the new Smart Grid.

Please visit our FAQ page on our website: Solar Roadways FAQ. SCiO: Your Sixth Sense. A Pocket Molecular Sensor For All ! by Consumer Physics, Inc. SCiO and the rise of hardware start-ups at TechCrunch. 6 May 2014Last updated at 19:10 ET By Kim Gittleson BBC technology reporter, New York Dror Sharon demonstrates the SCiO, which can quickly scan items to determine their chemical composition Forget social applications, and take your head out of the cloud: let's get physical. 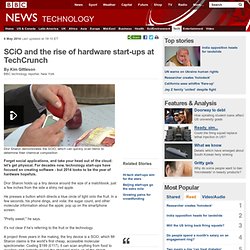 For decades now, technology start-ups have focused on creating software - but 2014 looks to be the year of hardware hopefuls. Dror Sharon holds up a tiny device around the size of a matchbook, just a few inches from the side a shiny red apple. He presses a button which directs a blue circle of light onto the fruit. Smallest, Most Precise 3D Printing Pen Yet Nearing Entry to Market. Typically, if you want to sketch out a design, it just sits there on paper. 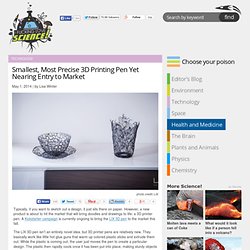 However, a new product is about to hit the market that will bring doodles and drawings to life: a 3D printer pen. A Kickstarter campaign is currently ongoing to bring the LIX 3D pen to the market this fall. The LIX 3D pen isn’t an entirely novel idea, but 3D printer pens are relatively new. They basically work like little hot glue guns that warm up colored plastic sticks and extrude them out. While the plastic is coming out, the user just moves the pen to create a particular design. Image credit: LIX Last spring, 3Doodle became the first 3D pen offered to the public and is still currently fulfilling orders from its wildly successful Kickstarter campaign.

Robotic futures: Telepresence your way into work. When you can not get to a meeting or inspect a warehouse in person, the next best thing is to transport yourself there remotely. 'Telepresence' is fast gaining traction in the workplace as videoconferencing and other technological tools become ever more sophisticated. 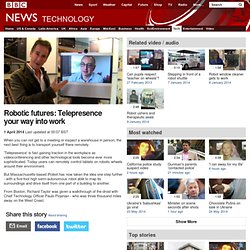 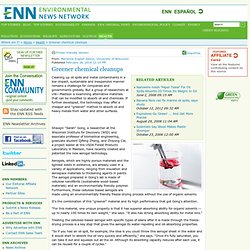 A Gorgeous Inkless Pen That Never Needs a Refill. Drones - the next big thing in cycle safety, or a case of too much blue sky thinking? Cyclodrone (picture credit Frog Design Mind blog) The product design firm that brought the world the Sony Walkman has unveiled a conceptual design of a drone that it says could help improve the safety of lone bike riders. 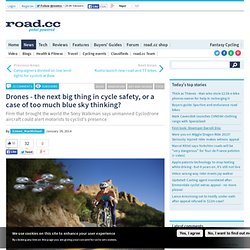 Drones have attracted a lot of attention due to their use by the military as well as strong rumours, neither confirmed nor denied by the Metropolitan Police, that they were deployed above London during the Olympic Games in 2012. They were back in the headlines last month as a result of the news that Amazon.com is considering using them for deliveries. That’s despite the fact that the unmanned aircraft have not yet having been approved for civilian use in the United States, although Amazon CEO Jeff Bezos says it may be five years before they come into use. Why Did Google Pay $400 Million for DeepMind? How much are a dozen deep-learning researchers worth? 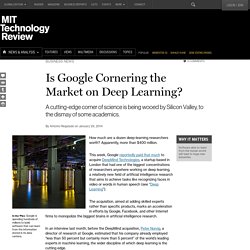 Apparently, more than $400 million. This week, Google reportedly paid that much to acquire DeepMind Technologies, a startup based in London that had one of the biggest concentrations of researchers anywhere working on deep learning, a relatively new field of artificial intelligence research that aims to achieve tasks like recognizing faces in video or words in human speech (see “Deep Learning”). The acquisition, aimed at adding skilled experts rather than specific products, marks an acceleration in efforts by Google, Facebook, and other Internet firms to monopolize the biggest brains in artificial intelligence research.

Companies like Google expect deep learning to help them create new types of products that can understand and learn from the images, text, and video clogging the Web. Glowing Plant. Glowing plants and DIY bio succeed on Kickstarter. Purify The Air As You Ride, With This Photosynthesis Bike. Bicycles are often cited as the most efficient modes of transportation in the world. 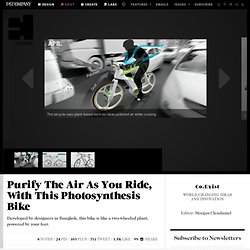 They’re five times more efficient than walking, and 100 calories on a bike can send a person three miles. In a car, 100 calories would only take a passenger 280 feet.