Welcome to FoWL: Friends of WikiLeaks! 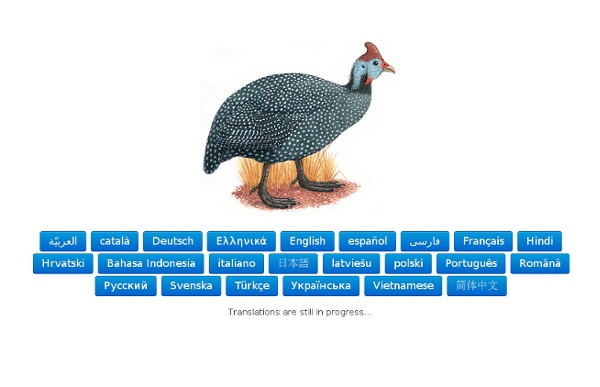 Wikileaks strikes again, reveals “failing war effort” in Afghanistan Published time: August 14, 2010 01:14 Edited time: November 10, 2010 17:41 Image from phawker.com The whistle-blowing website Wikileaks has released a large cache of secret military documents from the War in Afghanistan that draws back the curtain on the drawn-out operation. The Guardian, the New York Times and Der Spiegel were granted access to over 90,000 documents that paint a grim picture of a failing military operation against the backdrop of disproportionate civilian deaths, stiff Taliban resistance and possible double-dealings on the part of Pakistan’s Intelligence Service (ISI) and the Taliban. “It is a complete history of the Afghan war from 2004 to 2010,” said former hacker Julian Assange, Wikileaks' founder. The whistle-blowing website first made headlines for Assange, 39, in April when it posted a 2007 video of a US Apache helicopter attack in Iraq that left 12 civilians dead, including two Reuters journalists. Pakistan immediately rejected the claims. ­Robert Bridge, RT

Do We Really Have To Prepare For The Fourth Box? As I watch the legislative abominations named SOPA, PIPA, and NDAA follow the lead of the DMCA and the Patriot Act in the United States, I realize that the worst possible scenario for civil liberties appears to actually be materializing. The internal talk within the Swedish Pirate Party has long been that it’s our job to prevent Europe from descending into totalitarian fascism. The United States is lost; it is beyond help and repair and will descend. Our job is to prevent Europe from happily following suit, but instead break off the leash in time. This article took me well over 24 hours to write, after a week of procrastination. There is a good meme on this topic, quoted by many. As this is a global blog, I need and want to explain the American wordplay here. Soap box: A box you stand on in the street trying to explain your views to the public. We are currently down to the third box, and it is starting to fail. There are four key groups driving this development.

WikiLeaks reveals civilians are fair game in US war tactics Ethan McCord, a solider with the unit that is shown in the video, says it was not a one-off experience. He went as far as to say soldiers in his unit were ordered to kill civilians in certain circumstances. McCord said the message they got from their commander was: “If someone in your line gets hit with an Improved Explosive Device – 360 rotational fire. You kill every motherfucker on the street.” Josh Steiber served in the same unit as Ethan McCord. He refused to talk about the order because of, he claims, the threats and warnings he has received from his former army fellows. But the secret video of helicopter killings seemed nothing unusual to him. “From my experiences, what was shown in that video is not uncommon. Josh says the training they went through did not ingrain much sensitivity either Josh and a group of other former soldiers are now touring the US, telling people of their experiences and their regret. Watch the full interview with Josh Stieber downloadembed downloadembed

Four boxes of liberty Larry McDonald (1935–1983), often attributed as the author of the meme The four boxes of liberty is a meme that proposes: "There are four boxes to be used in the defense of liberty: soap, ballot, jury and ammo. Please use in that order." Concepts and phrases evolve and are applied in new ways.[1] The "four boxes" meme always includes the ballot, jury and cartridge (or ammo) boxes. Origins[edit] Stephen Decatur Miller may have originated the concept during a speech at Stateburg, South Carolina in September 1830. William F. The Altamont Enterprise revived the old saw of the cartridge box, ballot box and bandbox in 1909 when reporting a discussion between the newspaper editor Horace Greeley and the early campaigner for women's rights, Elizabeth Cody Stanton. Some women rejected the feminist position. [edit] Akhil Reed Amar, who introduced the "lunch box" concept In a commentary on Leonard Levy's book Origins of the Bill of Rights (1999), Brian C. Modern usage[edit] James G. See also[edit]

KKK OK but not WikiLeaks for some payment processors Published time: December 10, 2010 09:39 Edited time: December 10, 2010 23:19 Visa, MasterCard and Pay Pal suffered online outages when they came under attack from WikiLeaks supporters waging cyber-war against the firms they accuse of stifling the project’s activities by stopping payment processing. Click to enlarge The WikiLeaks founder Julian Assange is currently in a British jail fighting extradition to Sweden on sex crime allegations. The US government has presented no charges against Assange, but the absence of solid accusations did not stop American government officials from reportedly putting pressure at the highest level to cut off Wikileaks’ funding supply. The senior executive of America’s money transfer giant, Pay Pal, said the State Department had written to the company, claiming the online whistleblower had illegally leaked documents. “It’s the threat of this that has some impact on national security. There is a lot of mystery surrounding WikiLeaks.

Activist Daniel Ellsberg weighs in on the importance of WikiLeaks suspect Bradley Manning’s case - Countdown with Keith Olbermann To Our Faithful Current.com Users: Current's run has ended after eight exciting years on air and online. The Current TV staff has appreciated your interest, support, participation and unflagging loyalty over the years. Your contributions helped make Current.com a vibrant place for discussing thousands of interesting stories, and your continued viewership motivated us to keep innovating and find new ways to reflect the voice of the people. We now welcome the on-air and digital presence of Al Jazeera America, a new news network committed to reporting on and investigating real stories affecting the lives of everyday Americans in every corner of the country. You can keep up with what's new on Al Jazeera America and see this new brand of journalism for yourself at Thank you for inspiring and challenging us. – The Current TV Staff

US 'Assange hunt' chokes air for whistleblowers Published time: March 27, 2012 06:06 Edited time: March 27, 2012 19:00 WikiLeaks founder Julian Assange speaks at a news conference in London, February 27, 2012 (Reuters / Finbarr O'Reilly) Washington's relentless pursuit of WikiLeaks founder Julian Assange, and alleged whistle-blower Bradley Manning, is no secret. But the fate of the two men has got US journalists worried, that they too could soon find themselves behind bars. Julian Assange’s life resembles a game of chess. He is an Australian citizen in the custody of Britain fighting extradition to Sweden. Ironically, the secret was uncovered earlier this month after five million confidential emails from the global intelligence company Stratfor were published by WikiLeaks. “It’s done frequently when a defendant is outside the US. Under house arrest for more than a year, Assange has not been charged with any crime in any country, though Sweden wants to question him over sex-related allegations.

Can the U.S. Government close social media accounts? The Obama administration and The New York Times are teaming up to expose and combat the grave threat posed by a Twitter account, purportedly operated by the Somali group Shabab, and in doing so, are highlighting the simultaneous absurdity and perniciousness of the War on Terror. This latest tale of Dark Terrorist Evil began on December 14 when the NYT‘s Jeffrey Gettleman directed intrepid journalistic light on the Twitter account maintained under the name “HSMPress,” which claims to be the press office of Harakat al-Shabab al-Mujahedeen, the Shabab’s full name. Gettleman’s article included this passage early on in its account: That has to be the single most amusing phrase ever to appear unironically in the Paper of Record: Twitter terrorism. And, of course, the authority cited for this menacing trend is that ubiquitous sham community calling itself “terrorism experts,” which exists to provide the imprimatur of scholarly Seriousness on every last bit of inane fear-mongering hysteria.

Life of a whistleblower Most people who decide to be a whistleblower change their mind very quickly. Photo: Michele Mossop Nestled among the delicious exposé of secretive diplomacy, the WikiLeaks phenomenon has provided us with a glimpse of what life is like for a whistleblower. And it isn’t friendly. The brutal vilification and viciousness inflicted upon Julian Assange’s quest for truth has displayed on a grand scale what employees experience when they reveal the unethical conduct in their organisation. Companies in our region lag behind the rest of the world – even Africa. “If there was greater transparency, we probably wouldn’t need whistleblowers in the first place,” says Peter Bennett, the national convenor of the newly-formed Whistleblowers Information Centre and a former national president of Whistleblowers Australia. The Australian Customs Service employed Bennett for over three decades. Advertisement He’s part of a minority within a minority. And that’s what they do.

How SOPA's 'circumvention' ban could put a target on Tor | Privacy Inc. A little-noticed section of the Stop Online Piracy Act could make it illegal to distribute Tor and other software that can "circumvent" attempts by the U.S. government to block pirate Web sites. The controversial Hollywood-backed copyright bill allows injunctions to be filed against "any" person, nonprofit organization, or company that distributes a "product or service" that can be used to circumvent or bypass blockades erected against alleged pirate Web sites such as ThePirateBay.org. "It looks like SOPA would outlaw Tor," says Markham Erickson, an attorney with Holch & Erickson LLP who runs NetCoalition. This section of SOPA is straightforward enough: a copyright holder would contact the U.S. But SOPA's author, Rep. Smith's anti-circumvention language appears designed to target software such as MAFIAAFire, the Firefox add-on that bypassed domain seizures, and ThePirateBay Dancing and Tamer Rizk's DeSOPA add-ons, which take a similar approach. "It's ambiguous to me," Post says.

Australia Needs To Do More In Afghanistan Continuing our series of blogs about The Stuff They're Not Discussing In The Election Campaign, it's time to mention the war. Not so much the ''war on terror'', which nobody talks about these days, at least without the inverted commas. But more specifically the war in Afghanistan. There was a time when Tony Abbott publicly committed himself to increasing Australia's military deployment in Afghanistan. Ever the contrarian, Abbott simply seemed to have picked up on the line of argument being laid out by my old boss Jim Molan, a now-retired brigadier who had the distinction of running coalition combat operations in Iraq towards the end of his career. Molan has made a nuisance of himself for successive Australian governments by shooting holes in their cover stories about the Afghan war. Abbott never specifically agreed with Molan's contention that the ADF could and should deploy a whole battlegroup to Afghanistan. Advertisement

Sopa victory for tech community as US House committee adjourns | Technology The US House Judiciary committee considering the controversial Stop Online Piracy Act (Sopa) abruptly adjourned Friday with no new vote date set. The surprise victory for the tech community came amidst a barrage of online criticism and in spite of the fact that most politicians on the committee appeared to support the act. On the second day of discussions committee chairman and chief sponsor of the legislation, Rep Lamar Smith (R-Texas), conceded to calls for further investigation of claims that the legislation will damage the infrastructure of the internet. Top media firms, including some of the biggest names in Hollywood, have been lobbying hard for the legislation claiming online piracy is costing them billions in lost sales and jobs. But executives from Google, Wikipedia and other high profile tech firms have accused the committee of pursuing the same strategy used by China to censor its internet and claimed the legislation as drafted would damage the Internet's global structure.