New study reveals worriers and over-thinkers tend to have high IQs and are linked to creative genius. Did you smile when you read the headline? 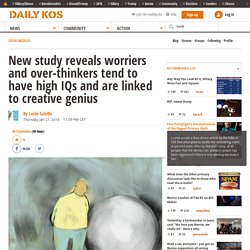 So did I. Because according to a new study cited in Higher Perspective, we the worrying kind are remarkably “intelligent and visionary” beings. Expert neurobiologist Dr. Adam Perkins of King's College in London writes: “It occurred to me that if you happen to have a preponderance of negatively hued self-generated thoughts, due to high levels of spontaneous activity in the parts of the medial prefrontal cortex that govern conscious perception of threat and you also have a tendency to switch to panic sooner than average people, due to possessing especially high reactivity in the basolateral nuclei of the amygdale, then that means you can experience intense negative emotions even when there's no threat present. I’m listening. Dr. "In a sense, worry is the mother of invention. Dr. My 'Oriental' Father: On The Words We Use To Describe Ourselves : Code Switch.

My dad, who came to the U.S. in 1969 from Hong Kong, who speaks English-lilted-with-Taishanese, who has lived in Connecticut for two-thirds of his life — three times the length of his time in Asia — still uses the word "Oriental. 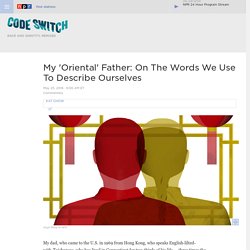 " Do We Learn 'At First' By Imitation? : 13.7: Cosmos And Culture. Mayte Torres/Getty Images Aristotle wrote that imitation is natural to human beings from childhood, and he observed that this is one of our advantages over the so-called lower animals. 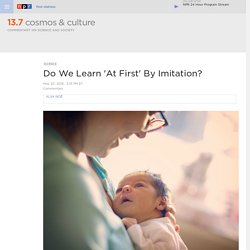 A human being is "the most imitative creature in the world, and learns at first by imitation," he said. In the last two millennia, we have learned very little that would contradict Aristotle's believe that imitation — the ability to see others and do what they do — is critical for human learning and development. But is it true that we learn "at first" by imitation? Notice, it is one thing to say that humans learn by imitation, and another to say that imitation is innate, an in-born capacity that is triggered at birth. And, so, it can only be considered an event of significance that, according to a study published this month in Current Biology, there is no evidence of imitation on the part of children in the first 9 weeks of life.

Condoms By Drone: Testing A New Way To Deliver Birth Control (And Other Medical Products) : Goats and Soda. A drone takes a practice flight in Virginia with medical supplies — part of a project to evaluate the flying machines for use in humanitarian crises. 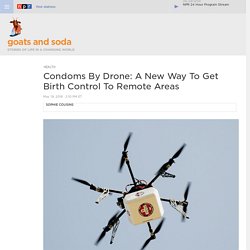 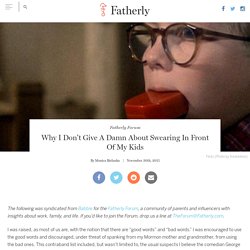 If you’d like to join the Forum, drop us a line at TheForum@Fatherly.com. I was raised, as most of us are, with the notion that there are “good words” and “bad words.” I was encouraged to use the good words and discouraged, under threat of spanking from my Mormon mother and grandmother, from using the bad ones. This contraband list included, but wasn’t limited to, the usual suspects I believe the comedian George Carlin once nicknamed the ” 7 Dirty Words.” As it turns out, in my adult life, these are the words I enjoy the most. The Microscopic Structures of Dried Human Tears. Why Do We Get Goose Bumps When We're Scared? Watch a scary movie and your skin crawls. 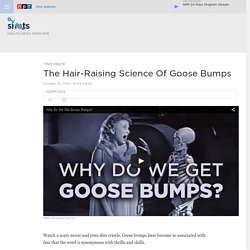 Goose bumps have become so associated with fear that the word is synonymous with thrills and chills. But what on earth does scary have do to with chicken-skin bumps? For a long time, it wasn't well understood. Physiologically, it's fairly simple. Adrenaline stimulates tiny muscles to pull on the roots of our hairs, making them stand out from our skin. Charles Darwin once investigated goose bumps by scaring zoo animals with a stuffed snake.