SLMR Censorship V10. Book Challenges Suppress Diversity. Analysis of the most banned/challenged books in the U.S. shows that diverse books are disproportionately targeted for book challenges and censorship. 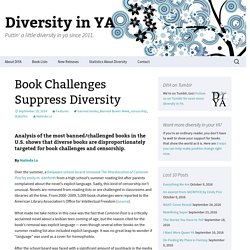 By Malinda Lo Over the summer, a Delaware school board removed The Miseducation of Cameron Post by emily m. danforth from a high school’s summer reading list after parents complained about the novel’s explicit language. Sadly, this kind of censorship isn’t unusual. Novels are removed from reading lists or are challenged in classrooms and libraries all the time. From 2000–2009, 5,009 book challenges were reported to the American Library Association’s Office for Intellectual Freedom (source). What made me take notice in this case was the fact that Cameron Post is a critically acclaimed novel about a lesbian teen coming of age, but the reason cited for the book’s removal was explicit language — even though several other books on the summer reading list also included explicit language.

Banned Books. End of Texas School’s Book Ban Doesn’t Mark the Last Chapter. Photo HIGHLAND PARK, Tex. — In mid-September, about two weeks after sophomores at Highland Park High School began reading “The Art of Racing in the Rain,” by Garth Stein, in their English classes, they were told to stop. 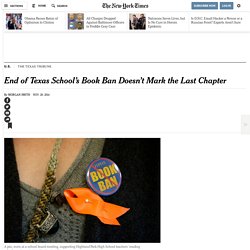 That book and six others were being pulled from the curriculum over parental complaints about sexual content and explicit passages, school officials said. The suspensions, however, did not last long. An uproar prompted Highland Park’s superintendent, Dawson Orr, to reverse the decision two weeks later. The other books were “The Absolutely True Diary of a Part-Time Indian,” by Sherman Alexie; “Song of Solomon,” by Toni Morrison; “Siddhartha,” by Hermann Hesse; “An Abundance of Katherines,” by John Green; “The Glass Castle,” by Jeannette Walls; and “The Working Poor,” by David Shipler.

“There are no banned or suspended books in the Highland Park Independent School District today,” Dr. HP Kids Read says decisions about reading materials should be left to the teachers. Dr. What Kind of Town Bans Books? Last week, during the American Library Association’s Banned Books Week, I found out that a group of parents had recently pressured the public school I attended, in Texas, into “suspending” not just one but seven different books from assigned reading lists. 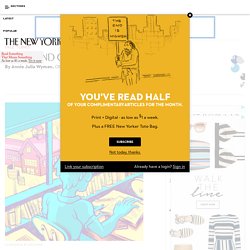 The plain fact of the suspension wasn’t surprising to me. Highland Park High School, situated in perhaps the best school district in the state, serves a conservative community in two small towns that thrive on football and prayer and whose combined population of thirty-one thousand is ninety-one per cent white. During my time there, we had a chaplain for every sports team, creationists on the teaching staff, and a mandatory daily recitation of the Texas State Pledge. But people who live in places like my home town are not necessarily ignorant.

People who ban books do sometimes read them. Anyone who knows the Park Cities will understand that the suspension of these books wasn’t driven so much by provincialism as by conservatism. Two Books Challenged Again in Highland Park Schools in Texas. Two books that were suspended from Texas’s Highland Park High School’s (HPHS) Approved Book List in September 2014 are now being rechallenged. 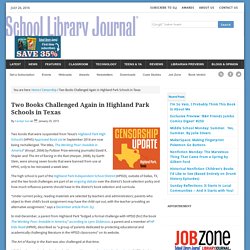 The titles, The Working Poor: Invisible in America” (Knopf, 2004) by Pultizer Prize-winning journalist David K. Shipler and The Art of Racing in the Rain (Harper, 2008), by Garth Stein, were among seven books that were banned from use at HPHS, only to be reinstated a week later. Intellectual Freedom 101: Strategies for School Libraries. Among the dozens of concurrent learning sessions at the American Association of School Librarians (AASL) National Conference last month, a popular theme was that of intellectual freedom in the classroom and school library. 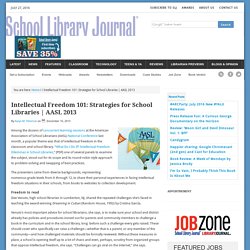 “What Do I Do If? Intellectual Freedom Dilemmas in School Libraries,” [PDF] one of several panels to examine the subject, stood out for its scope and its round-robin style approach to problem-solving and swapping of best practices. The presenters came from diverse backgrounds, representing numerous grade levels from K through 12, to share their personal experiences in facing intellectual freedom situations in their schools, from books to websites to collection development. Freedom to read Dee Venuto, high school librarian in Lumberton, NJ, shared the repeated challenges she’s faced in teaching the award-winning Dreaming in Cuban (Random House, 1992) by Cristina García. “Every challenge poses such difficult questions,” Venuto adds. 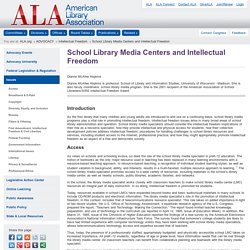 She is also faculy coordinator, school library media program. She is the 2001 recipient of the American Association of School Librarians/SIRS Intellectual Freedom Award. Introduction As the first library that many children and young adults are introduced to and use on a continuing basis, school library media programs play a vital role in promoting intellectual freedom. Access. Advocacy, Legislation & Issues. A commitment to intellectual freedom transforms your library. 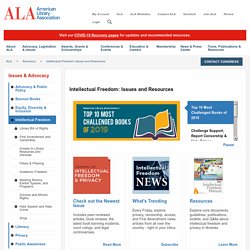 ALA actively advocates and educates in defense of intellectual freedom—the rights of library users to read, seek information, and speak freely as guaranteed by the First Amendment. Intellectual freedom is a core value of the library profession, and a basic right in our democratic society. A publicly supported library provides free, equitable, and confidential access to information for all people of its community. Assistance and Consultation. Censorship. Scales.