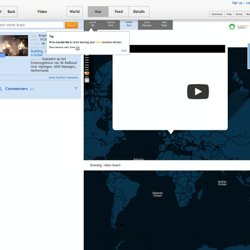 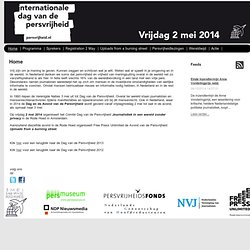 Berichtgeving Ad Valvas leidt tot Kamervragen. Ravitch: 'A moment of national insanity' corporate school reformers. Posted at 5:00 AM ET, 03/ 1/2011 By Valerie Strauss This was written by education historian Diane Ravitch for her Bridging Differences blog, which she co-authors with Deborah Meier on the Education Week website. 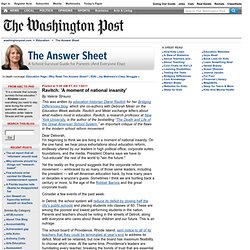 Trailer & Official Movie Site. What ‘Superman’ got wrong, point by point. This was written by Rick Ayers, a former high school teacher, founder of Communication Arts and Sciences small school at Berkeley High School, and currently adjunct professor in teacher education at the University of San Francisco. He is the co-author, with his brother William Ayers, of the forthcoming "Teaching the Taboo" from Teachers College Press. Protesters set for London march against spending cuts. 27 March 2011Last updated at 00:09 Watch: The BBC's Sophie Long spoke to some people taking part in the march More than 250,000 people have attended a march and rally in central London against public spending cuts. 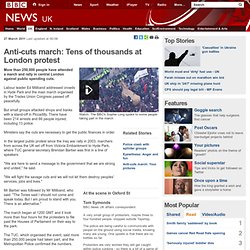 Labour leader Ed Miliband addressed crowds in Hyde Park and the main march organised by the Trades Union Congress passed off peacefully. Academic fury over order to study the big society. Academics will study the "big society" as a priority, following a deal with the government to secure funding from cuts. The Arts and Humanities Research Council (AHRC) will spend a "significant" amount of its funding on the prime minister's vision for the country, after a government "clarification" of the Haldane principle – a convention that for 90 years has protected the right of academics to decide where research funds should be spent. 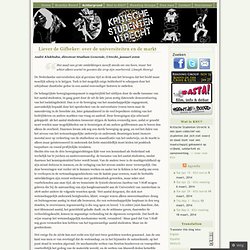 (pdf)Benjamin. Save Our Schools March and National Call to Action. Robber baron (industrialist) In social criticism and economic literature, robber baron became a derogatory term applied to wealthy and powerful 19th-century American businessmen that appeared in North American periodical literature as early as the August 1870 issue of The Atlantic Monthly[1] magazine. 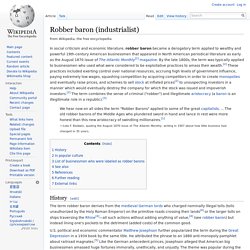 By the late 1800s, the term was typically applied to businessmen who used what were considered to be exploitative practices to amass their wealth.[2] These practices included exerting control over national resources, accruing high levels of government influence, paying extremely low wages, squashing competition by acquiring competitors in order to create monopolies and eventually raise prices, and schemes to sell stock at inflated prices[2] to unsuspecting investors in a manner which would eventually destroy the company for which the stock was issued and impoverish investors.[2] The term combines the sense of criminal ("robber") and illegitimate aristocracy (a baron is an illegitimate role in a republic).[3]

(pdf)bezoldiging_bestuurders_hogescholen_2010_-_hbo-raad_februari_2011. Library closures: Labour's fury as users are labelled white and middle class. Gloria De Piero: 'For many areas of the country there are tremendous success stories about libraries.' Photograph: Fabio De Paola Labour politicians and campaigners have condemned the head of the Museums, Libraries and Archives Council for suggesting that public libraries are primarily used by the white middle classes. 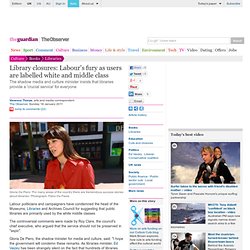 All Hail the PUBLIC Library. The public library is a uniquely American creation. 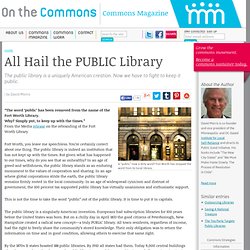 Now we have to fight to keep it public. The future of the library. What is a public library for? 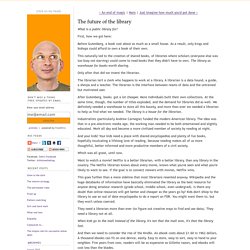 First, how we got here: Before Gutenberg, a book cost about as much as a small house. Save Our Libraries day: map your protest via Twitter. Protests across the UK expected for Save Our Libraries Day. Letters: Can philanthropy again come to the help of public libraries? The Libraries Act of 1850 empowered larger local authorities to add a halfpenny to the rate to run a free public library – but not to buy books, or raise the capital to build it. 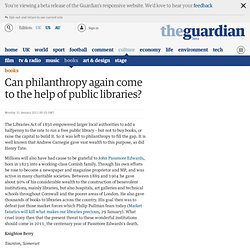 Protesters stage overnight sit-in at New Cross library. 6 February 2011Last updated at 15:38 Protesters at New Cross Library decided to occupy the building all night Protesters have staged an all-night sit-in at a library in south-east London against planned closures. Campaigners against cuts at New Cross Library occupied the building on Saturday night and left at lunchtime on Sunday. New Cross library occupation: inside story « SE13URE. On Saturday afternoon, my (non-public) librarian wife and I decided to call in, on what was to have been our way to #MEATEASY, to New Cross Library, which was one of hundreds of libraries up and down the country today to hold ‘read-ins’ – peaceful, bookish demonstrations of affection for public libraries, by way of protest about mooted cuts to and closures of their services.

Unfortunately things aren't quite as straightforward as they first appear. Higher education is not just like any other business and there are real issues with the information available to assist prospective students. However, student behaviour is changing and there is some evidence that they are becoming rather more demanding. Paul Greatrix (registrarism) BBC ON THIS DAY.

The 'gamification' of news, and how it can be relevant. March 15th, 2011. Wisconsin is making the battle lines clear in America's hidden class war. You can tell a great deal about a nation's anxieties and aspirations by the discrepancy between reality and popular perception. Dag van de Persvrijheid 2011. Amitav Ghosh on freedom of speech and the position of writers in the world. Amsterdam, 7 October 2012. Yesterday, I had the opportunity to speak for a while with the great Indian author Amitav Ghosh. TEDxObserver - Rick Falkvinge - The Pirate Party - the politics of protest.