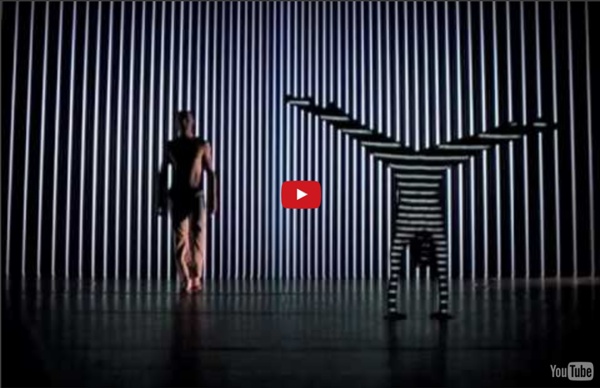 Blair Neal Portfolio Commercial/Large Scale works -2011 Demo Reel- -Live- Snowpiercer Snowpiercer (Korean: 설국열차; hanja: 雪國列車; RR: Seolgungnyeolcha) is a 2013 Korean science fiction arthouse action film based on the French graphic novel Le Transperceneige by Jacques Lob, Benjamin Legrand and Jean-Marc Rochette.[1] The film is directed by Bong Joon-ho,[4][5] and written by Bong and Kelly Masterson. The film marks Bong's English-language debut; approximately 80% of the film was shot in English.[6][7] Plot[edit] In 2014, an experiment to counteract global warming causes an ice age that kills nearly all life on Earth. The only survivors are the inhabitants of the Snowpiercer, a massive train, powered by a perpetual-motion engine, that travels on a globe-spanning track.

The Lighting Practice Designing with light is not simply about placing electronic or artificial light sources in suitable locations to light someone's office or house. Understanding all the properties of light and how it works on a scientific basis can help lead to simple, yet emotional and fascinating experiences. One artist named Chris Fraser has created an installation that looks to embrace the simplicity and complexities of light at the same time. Paleodictyon Paleodictyon A project by Simon Geilfus, Yannick Jacquet and Thomas Vaquié Centre Pompidou Metz, France, October 6th 2012 Loosely inspired by the work and research of deep-sea expert Peter A. Rona, the piece abolishes notions of scale by contrasting micro-architecture with human construction. Fascinated by the marks left by unknown creatures called Paleodictyon Nodosum, he offers the hypothesis that these hexagonal structures are designed in order to cultivate bacteria. A modern day Captain Nemo, Peter A.

Collapsus - Energy Risk Conspiracy Collapsus is an immersive web experience set in a near-future world after peak oil, where conspiracy and treason are rife. Against a dramatic backdrop of global energy politics, Collapsus combines interactivity with animation, fiction and documentary, inviting the user to embark on a quest to collect information, find solutions, and make crucial decisions that will leave their mark on a national and a global scale.www.collapsus.com See also our interview with the creators and producers of Collapsus and our walkthrough of Collapsus with audio commentary by director Tommy Pallotta. Awards Collapsus received an Emmy nomination for Best Digital Fiction, a People’s Choice Award and Interactive Award nominations at SXSW 2011, the Dutch Spin Award, and a World Summit Award. Collapsus.com is a Submarine Channel production in co-production with VPRO Backlight.

alexandre burton Alexandre Burton's interest for new media technology stems from a desire to reveal new forms of expressivity through digital processes. Tightly integrating hardware and software, his artistic work is the result of attempts to think beyond media, in a realm where sound, images and processes cohabit and answer to each other in meaningfull ways. His work is regularily presented in international new media and music events. Digital paper prototyping - Free trial available - by Pidoco Try digital paper prototyping with Pidoco! If you frequently resort to paper prototyping Pidoco is the right tool for you to try! Pidoco is an online user interface design software that helps create rough sketches (wireframes) and outlines of user interfaces. They look a lot like the drawings done with paper prototyping, but they can be created in a matter of minutes and easily changed and updated as needed. Traditional vs digital paper prototyping

Morphogenetic Creations by Andy Lomas Created by a mathematician, digital artist and Emmy award winning supervisor of computer generated effects – Andy Lomas, Morphogenetic Creations is a collection of works that explore the nature of complex forms that can be produced by digital simulation of growth systems. These pieces start with a simple initial form which is incrementally developed over time by adding iterative layers of complexity to the structure. The aim is to create structures emergently: exploring generic similarities between many different forms in nature rather than recreating any particular organism. In the process he is exploring universal archetypal forms that can come from growth processes rather than top-down externally engineered design. Programmed using C++ with CUDA, the series use a system of growth by deposition: small particles of matter are repeatedly deposited onto a growing structure to build incrementally over time. Andy Lomas | lacda