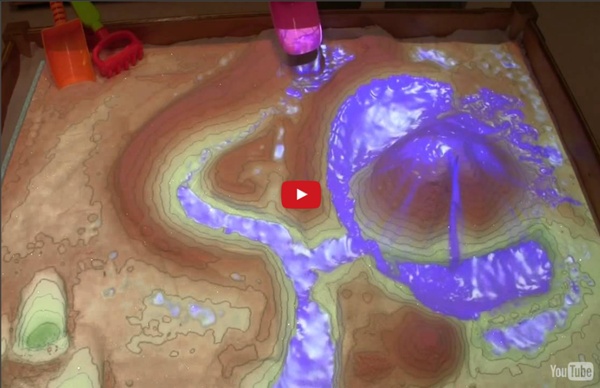 Live Media: Interactive Technology and Theatre In lieu of an abstract, here is a brief excerpt of the content: Theatre Topics 11.2 (2001) 107-130 [Figures] In the past century, film, radio, and video technologies gave rise to new forms of dramatic expression and a global entertainment industry. In the past decade, interactive media technologies have been producing an artistic and cultural revolution of similar, if not greater, proportions. Interactive media are giving birth to new art forms, and the practice and history of theatre has a great deal to contribute to these new forms. The primary focus of this paper, however, is not the role of theatre in interactive media but the role of interactive media in theatre--"theatre" here referring to the old-fashioned, nonparticipatory Western performance genre in which a group of live performers gathers before a group of live spectators to enact a scripted play. Defining Interactive Media First I wish to establish just what interactive media technology means in this context. 1) Random access.

Augmented Reality Brings New Dimensions to Learning Editor's Note: Drew Minock, who co-wrote this piece, is an elementary teacher, co-founder of the popular education blog Two Guys and Some IPads, and is one of the voices on "The Two Guys Show" podcast. Imagine living in the magical world of Harry Potter, where the school hallways are lined with paintings that are alive and interactive. Now imagine creating an atmosphere like that for your students. Augmented Reality (AR) allows educators and students to do just that: unlock or create layers of digital information on top of the physical world that can be viewed through an Android or iOS device. Most people who interact with AR for the first time have a mind-blowing experience but fail to consider classroom applications. In our elementary school classrooms, we use AR to create active learning experiences hitherto inconceivable, and in the process redefine the learning space! Classroom Applications Not Just Another Fad There are endless ideas and possibilities for using AR.

MIT Invents A Shapeshifting Display You Can Reach Through And Touch We live in an age of touch-screen interfaces, but what will the UIs of the future look like? Will they continue to be made up of ghostly pixels, or will they be made of atoms that you can reach out and touch? At the MIT Media Lab, the Tangible Media Group believes the future of computing is tactile. Created by Daniel Leithinger and Sean Follmer and overseen by Professor Hiroshi Ishii, the technology behind the inFORM isn't that hard to understand. To put it in the simplest terms, the inFORM is a self-aware computer monitor that doesn't just display light, but shape as well. But what really interests the Tangible Media Group is the transformable UIs of the future. "Right now, the things designers can create with graphics are more powerful and flexible than in hardware," Leithinger tells Co.Design. In other words, our devices have been designed to simulate affordances—the quality which allows an object to perform a function, such as a handle, a dial or a wheel—but not actually have them.

Digital Drama: The technology transforming theatre "Vidiots, they sometimes call us," admits Timothy Bird. Some people in the theatre industry don't take kindly to the innovations that Mr Bird and his team at Knifedge are introducing to the stage. Innovations like a computer-generated avatar sword-fighting an actor live on stage in his most recent show Pippin, transporting the audience to the world of a computer game. Or the sight of a Seurat painting gradually coming to life on stage in Sunday in the Park with George, the show which cemented Knifedge's reputation with an Olivier award for Best Set Design in 2007. Impressive feats like these by Mr Bird and others like him have meant that in the last five years the role of "video designer" has become increasingly common in theatrical programme credits - a term hardly known a decade ago. So who are these "vidiots", and what do they want to do to theatre? No 3D glasses required "Theatre is very different," he says. Image copyright Other Image copyright bbc 'Mere spectacle' Classic drama Critical eye

Meta and Steve Mann want to mediate your reality for $667 "Demo or die." That's the unofficial motto of Meta and it's a bedrock principle espoused by Raymond Lo, the company's CTO. Lo spent a decade under the tutelage of Professor Steve Mann (known to many as the father of wearable computing), and is one of the few to make it through Mann's Ph.D. program at the University of Toronto. As an instructor, Mann requires tangible results on a regular basis from his students' projects, and now, with Lo as CTO and Mann as chief scientist, Meta's operating with the same ethos as it develops augmented mediated reality headsets. Meta's idea is to meld the real and the digital together in a fully functional computing environment. It wants to augment your reality, and, in fact, mediate it. We saw a prototype mediated reality headset from Meta a couple months ago, where we witnessed some rudimentary demos: typing in thin air and grabbing and moving digital objects with our hands. In the meantime, expect the demos to continue. Comments

When theatre goes digital - The Space When we think about theatre and digital technology, what usually springs to mind is live screening. Broadcasting live performance online or direct to cinema or TV screens is a fantastic way of broadening access, but it doesn’t usually have much of an impact on the work itself. It doesn’t really affect audience engagement either – you’re still just watching the show, whether in a theatre, a cinema, or on a smartphone from a caravan in the Scottish Highlands. More and more companies, however, are engaging with digital technology in increasingly inventive ways, putting it at the very core of what they do and pushing the boundaries of audience experience as a result. When director Alexander Devriendt of the Belgian theatre company Ontroerend Goed came up with the idea for Fight Night (pictured above), a show about democracy and the act of voting, he “immediately felt that the audience have to be part of it. They have to feel connected, to be a player really.” Format was important.

Interactions with an Omnidirectional Projector Add to iTunes | Add to YouTube | Add to Google | RSS Feed This is a hemispherical dome in which users can interact with data from Virtual Earth and WorldWide Telescope. This was done using a regular projector and a wide-angle lens – and Microsoft technologies! The Ominidirectional Projector allows you to control 360 degrees of data displayed on the ceiling and walls with voice and hand gesture commands. The most popular program being displayed with the projector is an interactive virtual display of the Galaxy. Unfortunately, the Omnidirectional Projector is still in development stages, but Microsoft intends to make the system be able to work in a standard room instead requiring a domed room. Want to embed this video on your own site, blog, or forum? Podcast: Play in new window | Download (29.6MB)

Interactive theatre: five rules of play from an audience perspective | Culture professionals network Interactive theatre is not a new genre, but its popularity has exploded. Tricky to define but characterised by an active, physical relationship between audience and production, it often incorporates a site-specific venue around which the audience is free to roam. Shunt, arguably the daddy of this genre, has inspired countless other companies, all wrestling for space on the fringe. Done well, interactive theatre is extraordinary: engaging, exhilarating and transcendent. All too often, however, so-called 'interactive' shows are sloppy and ineffective. They feel loose – anarchic even – when they actually demand a rigorous approach. With this in mind here are five rules for interactive theatre from an audience perspective, based on my own experiences at a range of shows. Think outside your venue Site-specific venues range from reclaimed spaces to venues constructed entirely from scratch or the great outdoors. Justify your audience / actor ratio Enclose audiences, don't expose them Be consistent