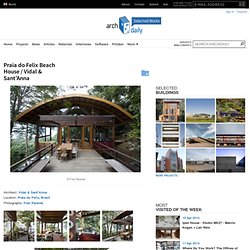 In order to preserve maximum environmental conditions the project establishes the principle of total mimicry with nature not to be perceived externally. The project opts for circulations made by external stairs and separates the social and service, located across the slope from intimate area located along the slope below the ground. Alvar Aalto Medal.

Reframing the Stats About Architecture. Architecture press is buzzing with recent Bureau of Labor Statistics reports on unemployment and self-employment figures for those in the architecture field. 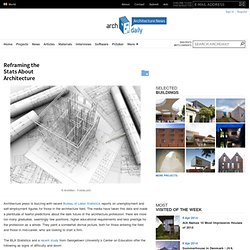 The media have taken this data and made a plentitude of fearful predictions about the dark future of the architecture profession: there are more too many graduates, seemingly few positions, higher educational requirements and less prestige for the profession as a whole. They paint a somewhat dismal picture, both for those entering the field and those in mid-career, who are looking to start a firm. Snake the Planet! (Explained) Esherick House by Louis Kahn. Architectural photographer Todd Eberle has photographed Esherick House, a 1961 home in Philadelphia designed by architect Louis Kahn, which is being sold at auction in May. 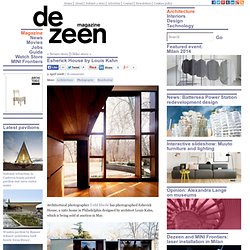 The photographs were commissioned by Chicago auctioneer Wright ahead of the house's auction on 18 May, and will be published in the auction catalogue. "Photographing Kahn’s Esherick house was the first time that I have seen such a clarity of space and volume since the early nineties when I photographed Donald Judd’s work in architecture in Marfa," said Eberle. [technique] Portfolio, CV and Cover Letters - Examples. Behance Network. Bios Design Collective.