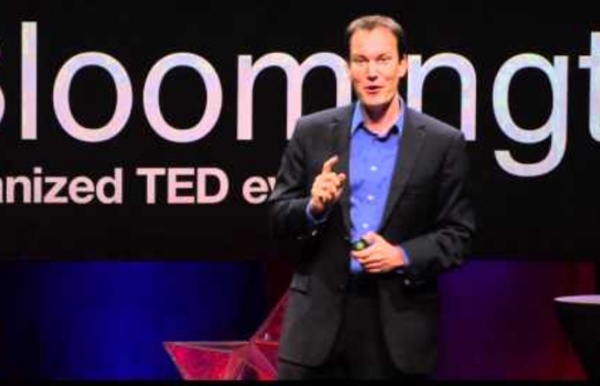 How Breathing Affects Feelings Description Anxious clients are often unaware of the profound physiological effects related to breathing. How breathing affects feelings is an information sheet which gives a clear description of the causes and consequences of hyperventilation. It outlines what happens to blood oxygenation levels when we breathe normally, when we exercise, and when we breathe in an anxious way. Finally, it also includes a calm diaphragmatic breathing exercise designed to stimulate the parasympathetic nervous system and to promote relaxation and soothing. Use this information sheet with clients who are anxious, or with any clients who would benefit from learning a soothing and grounding skill and understanding why breathing calmly is so important.

Coffee vs. beer: which drink makes you more creative? — What I Learned Today I didn’t know what I was going to write about today. When this happens, normally I grab a coffee to help get the ideas flowing, but for the last few days in Montreal, no one’s been allowed to drink the water due to a bacteria leakage, which also means, no coffee. So instead, I grabbed the next best thing to help me get going - a beer. This got me wondering about coffee and beer and which one would actually help me be more creative and get work done. Hopefully, this will help you decide when it’s best to have that triple shot espresso or ice cold brew. What is creativity really?

Unhelpful Thinking Styles / Cognitive Distortions Description Cognitive distortions are characteristic thinking styles associated with emotional disturbance. The theory states that biased thinking and biased information processing affects what an individual perceives. This leads to biased decision-making, biased emotion, and biased action. Distorted thinking in depression was identified by Aaron Beck in 1960's, and David Burns published a more detailed analysis in Feeling Good. Procrastination: Ten Things To Know There are many ways to avoid success in life, but the most sure-fire just might be procrastination . Procrastinators sabotage themselves. They put obstacles in their own path. They actually choose paths that hurt their performance. 2 of the Most Important Ways to Beat Depression Updated November 17, 2015. Inside the brain, an area known as the limbic system is vastly involved with some of the most fundamental processes of being human, including, motivation, learning, bonding, storing memories, sleep/wake cycles, libido—and emotion. Through our SPECT imaging work, we have found that when the deep limbic system is overactive, it lends itself to mood-related problems, especially depression.

beginning to see by sujata pen-art by julio lynch this book is dedicated to the 9 to 5ers ADHD and Exercise - Adult ADHD Daily Management Center Exercise is great for people with attention deficit hyperactivity disorder (ADHD). For starters, exercise increases the levels of brain chemicals called dopamine and serotonin, which are lower in people with ADHD. ADHD and Exercise: How it Helps “Dopamine and serotonin are enzymes that help people feel good,” says Frank Coppola, a New York City-based ADHD coach. “They regulate things like mood, attention, and anger. So having more rather than less definitely helps someone with ADHD.”

Ways to Improve Human Intelligence This briefing is intended to pull into one convenient, single frame of reference a body of key information which currently is scattered across a great many different contexts. Until recently, even the possibility of any such information existing was, for essentially political reasons and funding reasons, denied by most of our institutions, together with most of our educators and psychologists, so that such findings as were made in various contexts and circumstances never got discussed across a broader context. Now that it is evident that the brain, and one's intelligence, are highly changeable and that a wide variety of conditions, arrangements and techniques may be employed to improve both brain functioning and intelligence to even a profound degree, we need to make a start on getting a lot of this key information organized to where you and other inquirers can more readily get at it, understand it, and use it. Menu of Methods Quick Interjection 1.

Correcting Creativity: The Struggle for Eminence By the time he put the finishing touches on the Rite of Spring in November of 1912 in the Châtelard Hotel in Clarens, Switzerland, Stravinsky had spent three years studying Russian pagan rituals, Lithuanian folk songs and crafting the dissonant sacre chord, in which an F-flat major combines with an E-flat major with added minor seventh. The rehearsal process wasn’t easy either. Stravinsky fired the German pianist and the orchestra and performers only had a few opportunities to practice at the Théâtre des Champs-Élysées in Paris, where the Rite debuted in May 1913. But the Russian born composer pulled it off, and his composition now stands as a 20th century masterpiece.

How A Machine Learned To Spot Depression : Planet Money I'm in a booth with a computer program called Ellie. She's on a screen in front of me. Ellie was designed to diagnose post-traumatic stress disorder and depression, and when I get into the booth she starts asking me questions — about my family, my feelings, my biggest regrets. Emotions seem really messy and hard for a machine to understand.

Humanistic education Not to be confused with liberal arts education or classical education. See liberal arts . Humanistic education (also called person-centered education) is an approach to education based on the work of humanistic psychologists, most notably Abraham Maslow and Carl Rogers.[1][2] Carl Rogers has been called[by whom?] Top 40 Useful Sites To Learn New Skills The web is a powerful resource that can easily help you learn new skills. You just have to know where to look. Sure, you can use Google, Yahoo, or Bing to search for sites where you can learn new skills , but I figured I’d save you some time. Here are the top 40 sites I have personally used over the last few years when I want to learn something new. Hack a Day - Hack a Day serves up fresh hacks (short tutorials) every day from around the web and one in-depth ‘How-To hack’ guide each week.eHow - eHow is an online community dedicated to providing visitors the ability to research, share, and discuss solutions and tips for completing day-to-day tasks and projects.Wired How-To Wiki - Collaborate with Wired editors and help them build their extensive library of projects, hacks, tricks and tips.