FIFTY ONE Fine Art Photography Gallery - Artists. Although Edward Steichen exhibited some of Saul Leiter’s color photographs at the Museum of Modern Art in 1953, for forty years afterwards they remained virtually unknown to the art world. 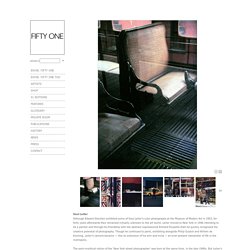 Leiter moved to New York in 1946 intending to be a painter and through his friendship with the abstract expressionist Richard Pousette-Dart he quickly recognized the creative potential of photography. Though he continued to paint, exhibiting alongside Philip Guston and Willem de Kooning, Leiter’s camera became — like an extension of his arm and mind — an ever-present interpreter of life in the metropolis. The semi-mythical notion of the ‘New York street photographer’ was born at the same time, in the late-1940s. But Leiter’s sensibility — comparable to the European intimism of Bonnard, a painter he greatly admires — placed him outside the visceral confrontations with urban anxiety associated with photographers such as Robert Frank or William Klein.

Ordinary Beauty: Revisiting Saul Leiter’s pioneering images. A major exhibition of the quiet man of New York's street photography golden age is on at the Photographer's Gallery During his lifetime, Saul Leiter was something of the ignored artist of American photographic history. 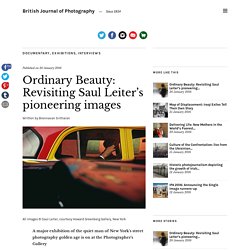 While his career spanned a time when quintessential New York street photography was defined as swift, sharp and precise, Leiter’s leisured, impressionist style went against the grain. Leiter, who died in 2013, was a pioneer of colour photography, adventurously using Kodachrome colour slide film well before the likes of William Eggleston and Joel Meyerowitz. As the Guardian’s Sean O’Hagan wrote in Leiter’s obituary, “[his photographs] are as much about evoking an atmosphere as nailing the decisive moment.” A retrospective of the late photographer’s work has just began at The Photographers’ Gallery; the first major public show of his work in the UK features more than 100 works, including early black- and-white and colour photographs, sketchbooks and related materials. The Top 30 Most Socially Influential Photographers. July 9, 2014 More than almost any other creative medium, photography is intimately linked with the speed of technology. 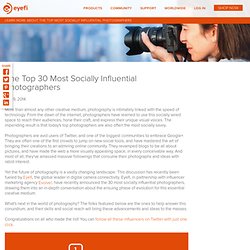 From the dawn of the internet, photographers have learned to use this socially wired space to reach their audiences, hone their craft, and express their unique visual voices. The impending result is that today's top photographers are also often the most socially savvy. Photographers are avid users of Twitter, and one of the biggest communities to embrace Google+. They are often one of the first crowds to jump on new social tools, and have mastered the art of bringing their creations to an admiring online community. Yet the future of photography is a vastly changing landscape. Where to get the latest info on landscape photography. Fall Abstract For Fields Of Color, Northern Prince Edward Island, Canada Top Ten Tips For Adding Impact To Fall Images By Kevin McNeal When it comes to getting great autumn images there are many things that you can do to achieve success. 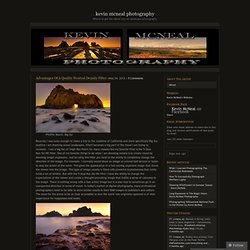 The following list is just a brief summary of the top tips to adding impact. I encourage to go out and shoot as much as you can this fall and come up with your own top ten next year. Shanth. Ian Plant Dreamscapes. 10 most Influential Active Street Photographers. Update After quite a few suggestions from you, the StreetHunters.net Readers, we added an extra section at the bottom of the post called “Influential Active Street Photographers recommended by our Readers”.

Enjoy! Introduction During the past years Street Photography has become widely accepted as a form of art and expression. More and more people have learned to appreciate it and to understand how hard it is to get it right. The StreetHunters.net team decided to make a list of those influencers as a way to say “thank you” for their contribution to the world of Street Photography. Eric Kim Introduction: Eric Kim is a street photographer that maintains one of the most -if not the most- informative blogs about Street Photography. Why is he influential: If you visit his blog you’ll understand how much Eric Kim has offered to Street Photography. Website / blog: John Free John Free has been around for years. Yanidel Bruce Gilden. Alfred Stieglitz - Equivalent (Series) HOMAGE TO AN AMERICAN MASTER - Alfred Stieglitz 1864-1946. HONORING ALFRED STIEGLITZ - An American Photographer 1864-1946 An opportunity presented itself on one of my photo excursions to New York City, NY in 2013. 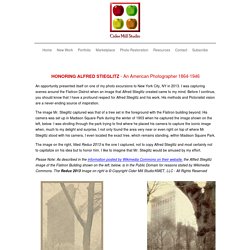 I was capturing scenes around the Flatiron District when an image that Alfred Stieglitz created came to my mind. Before I continue, you should know that I have a profound respect for Alfred Stieglitz and his work. His methods and Pictorialist vision are a never-ending source of inspiration. The image Mr. The image on the right, titled Redux 2013 is the one I captured, not to copy Alfred Stieglitz and most certainly not to capitalize on his idea but to honor him.