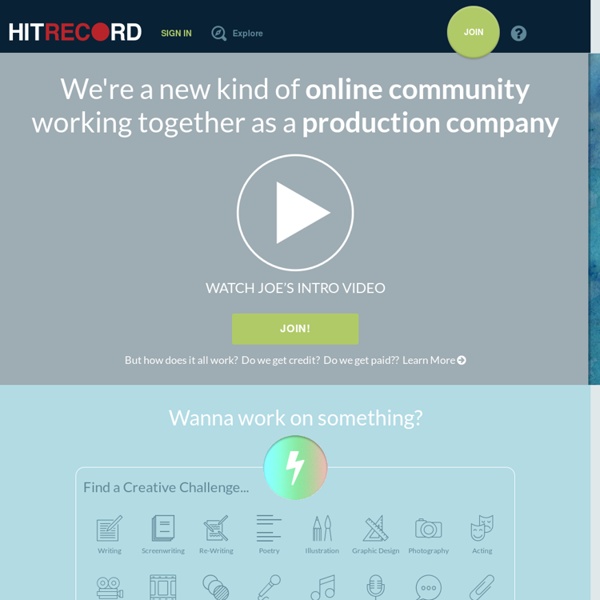 This Man's Homemade Sex Doll Is Absolutely Horrifying Coming to an Etsy shop near you. In a project that would have dominated crafting shame-forum Regretsy, Redditor zeppelin_weapon has introduced the world to his very own homemade sex doll. To the surprise of no one, it's literally the most heinous monstrosity to ever be sticky taped together. Showbiz Imagery and Chicanery Harry The Hipster plays downtown Los Angeles click to watch this very rare 1939 Universal comedy Ted Flicker’s creation premieres nice Joan Rivers ad from 1968

I Never Knew These 15 Strange And Shocking Facts About The Beatles. - Rogert.Co The Beatles are the most prolific band in history. Period. Even if you grew up somehow oblivious of their musical impact, possibly because you grew up under a rock, chances are likely that at some point you’ve still found yourself occasionally humming a few bars of “I Want to Hold Your Hand” without even realizing it.

The psychedelic and grotesque proto-GIFs of the 19th century Phenakistoscope disc, Fores (publisher), Moving Panorama, England, 1833. Richard Balzer’s love affair began about 40 years ago, when he saw his first magic lantern — an early image projector invented in the 1600s. The experience would prove transformative. "I was just stunned," he says. "I think I fell in love." Balzer, a New York native, was working abroad as a photographer at the time, but the encounter kindled a dormant passion that would persist for decades.

Paris Review Daily - Blog, Writers, Poets, Artists - Paris Review Donald Barthelme would’ve been, and should be, eighty-three today. It would be an exaggeration to say that I feel the absence of someone whom I never met—someone who died when I was three—but I do wonder, with something more than mere curiosity, what Barthelme would have made of the past twenty-odd years. These are decades I feel we’ve processed less acutely because he wasn’t there to fictionalize them: their surreal political flareups, their new technologies, their various zeitgeists and intellectual fads and dumb advertisements. Part of what I love about Barthelme’s stories is the way they traffic in cultural commentary without losing their intimacy, their humanity. But I’m losing the thread. These Soldiers Were Photographed Before, During, And After War. The Results Will Disturb You. War changes you. Just about any veteran can tell you that. An astonishing number of veterans suffer traumatic brain injuries and Post Traumatic Stress Disorder. In her " We Are Not Dead" series, photojournalist Lalange Snow shows the shocking transformation soldiers go through before, during, and after tours of duty in Afghanistan. The physical changes are astonishing. War is cruel to the men and women who fight in them, there's no doubt about it.

Which Of These Five Types Of Procrastinator Are You? If your desk gets tidier as your looming deadline gets closer, you’re probably familiar with the effects of procrastination. Putting off ‘til tomorrow what you can do today isn’t just a harmless act—a February 2016 study in the journal PL0S One found it was associated with higher levels of stress, anxiety, depression, fatigue, and even unemployment. And while there may be benefits to using procrastination wisely, the main motivation is to avoid something painful—and that can be detrimental, says psychologist Neil Fiore, founder of Albany, California-based Fiore Productivity, Inc. and author of Awaken Your Strongest Self. In the workplace, people who are chronic procrastinators may find that their lives are unbalanced because they’re avoiding doing things that are necessary, he says. Examining your procrastination "style"—the reasons behind why you’re not doing what you need to do, can lead to important insights.