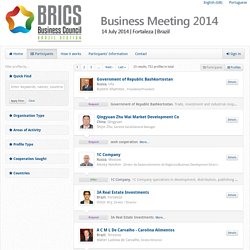 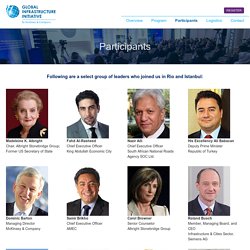 Luis Alberto MorenoPresident,Inter-American Development Bank “I often say to CEOs ‘you pay great money to the people dealing with operations. You should pay the same amount to the people dealing with communities.’” Dominic BartonManaging Director,McKinsey & Company “Many critics highlight the world’s infrastructure challenges. Few deliver solutions” Mark WisemanPresident and CEO,CPPIB “We invest to make a return for the public pensions of millions of retirees. Kevin Rudd26th Prime Minister,Government of Australia Judith RodinPresident,The Rockefeller Foundation “Infrastructure built to sustain a certain kind of climate and environment may no longer be tenable.” 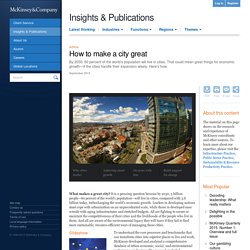 It is a pressing question because by 2030, 5 billion people—60 percent of the world’s population—will live in cities, compared with 3.6 billion today, turbocharging the world’s economic growth. Leaders in developing nations must cope with urbanization on an unprecedented scale, while those in developed ones wrestle with aging infrastructures and stretched budgets. All are fighting to secure or maintain the competitiveness of their cities and the livelihoods of the people who live in them.

And all are aware of the environmental legacy they will leave if they fail to find more sustainable, resource-efficient ways of managing these cities. To understand the core processes and benchmarks that can transform cities into superior places to live and work, McKinsey developed and analyzed a comprehensive database of urban economic, social, and environmental performance indicators. They achieve smart growth. Mayors are only too aware that their tenure will be limited. Urban world: The shifting global business landscape.

Emerging markets are changing where and how the world does business. 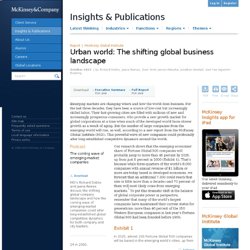 For the last three decades, they have been a source of low-cost but increasingly skilled labor. Their fast-growing cities are filled with millions of new and increasingly prosperous consumers, who provide a new growth market for global corporations at a time when much of the developed world faces slower growth as a result of aging. But the number of large companies from the emerging world will rise, as well, according to a new report from the McKinsey Global Institute (MGI). This powerful wave of new companies could profoundly alter long-established competitive dynamics around the world. Podcast The coming wave of emerging-market companies DownloadMGI’s Richard Dobbs and Jaana Remes discuss the shifting global company landscape and how the coming wave of emerging-market companies could alter long-established global competitive dynamics for both company and city leaders. Exhibit 1 Enlarge. Building societies: An interview with Madeleine Albright.

Madeleine Albright is well known for her work in international relations, geopolitics, and systems of government. 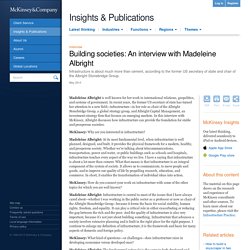 In recent years, the former US secretary of state has turned her attention to a new field—infrastructure—in her role as chair of the Albright Stonebridge Group, a global strategy group, and Albright Capital Management, an investment-strategy firm that focuses on emerging markets. In this interview with McKinsey, Albright discusses how infrastructure can provide the foundation for stable and prosperous societies. McKinsey: Why are you interested in infrastructure? Madeleine Albright: At its most fundamental level, when infrastructure is well planned, designed, and built, it provides the physical framework for a modern, healthy, and prosperous society.

Whether we're talking about telecommunications, transportation, power and water, or public buildings such as schools and hospitals, infrastructure touches every aspect of the way we live. But obviously there are differences. Indian PM Modi pushes plan for 100 'smart cities' A rendering of the planned 'smart city' Dholera, in southern Gujarat, India. 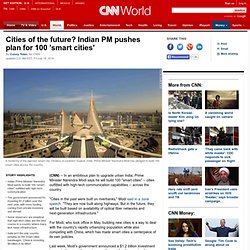 Prime Minister Narendra Modi has pledged to build 100 smart cities across the country. Indian Prime Minister Narendra Modi wants to build 100 "smart cities" outfitted with high-tech communicationThe government announced it's investing $1.2 billion over the next year, with more funding coming from private investors and abroadSome observers are skeptical that high-tech cities are the best course in a country where many lack basic infrastructureIndia isn't the only country jumping on the smart cities bandwagon.

China is investing $8 billion in its effort (CNN) -- In an ambitious plan to upgrade urban India, Prime Minister Narendra Modi says he will build 100 "smart cities" -- cities outfitted with high-tech communication capabilities -- across the country. "Cities in the past were built on riverbanks," Modi said in a June speech. Modi's first budget gets mixed reaction Modi puts Indian diplomacy in fast lane. Comparing Indian states and territories with countries: An Indian summary. DELIVERING CHANGE FOUNDATION.