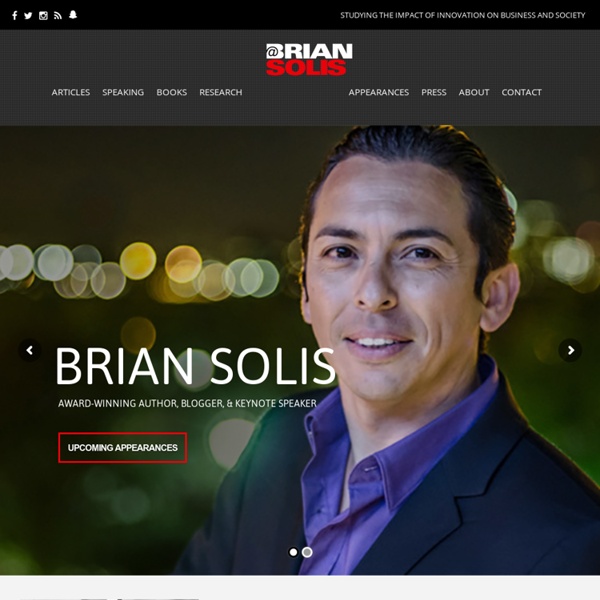 inShare235 Guest post by Gib Bassett, Global Program Director, Consumer Goods, Teradata There’s no question that the shopping journey has been disrupted by consumer behavior in online, social media and mobile channels. What’s less certain, especially within the branded consumer products industry, is the best way to serve this now commonplace “connected consumer.” The pursuit of this answer, and the quest to learn more about connected consumers, is commonly referred to as “digital transformation.” inShare589

Athleta Earns B Corp Certification SAN FRANCISCO--(BUSINESS WIRE)--Celebrating its 20th anniversary, Athleta announced today it has earned B Corp Certification from the nonprofit B Lab, becoming one of the largest apparel companies in the world to certify as B Corp. B Corp Certification requires a holistic review of a business’ social and environmental performance, accountability and transparency, and is based on a vision of creating a community of for-profit companies committed to redefining success in business. “Athleta has been at the forefront of empowering and celebrating women for two decades; this B Corp Certification accelerates our course forward as a purpose-driven brand, honoring our mission to ignite a community of healthy, confident, active women and girls; and cementing our commitment to environmental sustainability.”Tweet this

Nike Opens Its Fuel Band API To Developers To Create A More Useful Product Nike most recent bid to enter into the crowded field of wearable fitness technologies is its Nike FuelBand, a rubber wristband that tracks user movement and links that data back to an iPhone application for real-time performance readouts. In a bid to further the usefulness and value of the personal technology, Nike has also opened the beta version of its NikeFuel API to developers interested in combining music with the wristband, marking the first time Nike has released an API of any kind. Developers will be able to use the API to hack together apps, platforms, and other technologies that can work together with Nike’s fitness offerings.

The Social Compass is the GPS for the Adaptive Business inShare286 Over the years, I’ve written extensively about the need to extend opportunities in social media beyond marketing and customer service to set the stage for the social business. I believe that the impact lies beyond the socialization of business; it introduces us to a genre of an adaptive business, an entity that can earn relevance now and over time by listening, engaging, and learning.

Moxy Hotels Set To Bring More Opportunities For Play To New York City With Two New Hotels By End Of BETHESDA, Md., March 20, 2018 /PRNewswire/ -- Moxy Hotels, Marriott International's playful, experiential hotel brand for the next generation of travelers, expects to welcome two New York City hotels to its roster this year, bringing the brand to a total of three properties in the city by the end of 2018. Designed for both the young and the young-at-heart, Moxy made its Big Apple debut in September 2017 with the much-anticipated opening of Moxy Times Square. Moxy Downtown and Moxy Chelsea will fully embrace modern fun-hunting travelers with their spirit, style and affordable price points. "These two new hotels will both have a distinct style and personality, reflective of the culturally-rich neighborhoods they are located in, giving locals and visitors alike more ways to play with us," said Toni Stoeckl, Global Brand Leader and Vice President, Distinctive Select Service Brands, Marriott International.

Ron Conway is a Silicon Valley startup's best friend The prolific angel investor has rarely met an Internet startup he didn't like. When it comes to picking the next big thing, there's a right way and a wrong way. And then there's the Conway. Ron Conway, with Coco, his rescue dog, photographed at their San Francisco home FORTUNE -- The rooftop deck of Ron Conway's San Francisco apartment building is packed with a random and seemingly incongruous assortment of tech A-listers, celebrities, and sports stars snacking on hors d'oeuvres and sipping fine wines. Behaviorgraphics Humanize the Social Web inShare57 In 2007 Charlene Li, then at Forrester Research, now running the Altimeter Group, along with Forrester ‘s Josh Bernoff, Remy Fiorentino, and Sarah Glass released a report that introduced us to Social Technographics. Forrester’s research segmented participation behavior on the social web into six categories, visualized through a ladder metaphor with the rungs at the high end of the ladder indicating a greater level of participation. Social Technographics were designed to help businesses engage in social media with a more human approach, catering to individuals where, when, and how they are participating and contributing to the social Web. According to Forrester research… Many companies approach social computing as a list of technologies to be deployed as needed – a blog here, a podcast there – to achieve a marketing goal.

Kraft Heinz Springboard Accelerator Inspires New and Refreshed Brands Kraft Heinz keeps moving to reinvent itself for an era in which traditional CPG brands are finding their businesses and their markets turned upside down. The company has launched Springboard Brands, a unit dedicated to nurturing, scaling and accelerating growth of disruptive US brands in foods and beverages. Fast on the heels of hatching a brand-new category with Just Crack an Egg, the multi-brand, multi-category processed-food conglomerate has refreshed Boca Burger line as one of Springboard’s first brand-focused projects. Many consumer packaged goods giants have launched efforts to tap into startups, their ideas and talent, both to create and nurture fast-growth opportunities through investments in startups as well as to carry over an entrepreneurial approach to their existing brands through accelerators.

99 Essential Twitter Tools And Applications - Smashing Magazine 99 Essential Twitter Tools And Applications Advertisement If you haven’t heard of Twitter1 by now, you must be living under a rock! What is the future of sharing? Study [infographic] A very good event this morning at London Social Media Week run by digital agency Beyond on the Future of Sharing. It presented research that is perfectly distilled here into a very decent infographic. The focus ws on what is being dubbed “frictionless sharing”, which with the introduction of Facebook OpenGraph we are seeing from brands like Spotify, Ticketmaster, AirBnB. Soon a lot more brands we join that small cadre.

How to Write a Social Media Policy Why is having a social media policy in place so critical? Because virtually 100% of companies are now involved in social media—whether they acknowledge it or not. Even without any formal plan to use social media, every organization with more than a handful of employees (and many under that benchmark) is present in social media because people are talking about them. If no one else is discussing a company, its employees almost certainly are. Half of all Americans are now members of at least one social network, and that figure rises to 67% for 25- to 34-year olds.

McDonald's Global Climate Action: Cut Greenhouse Gas Emissions McDonald’s is taking a stand on climate change by becoming the first global restaurant company to set approved science-based target to reduce greenhouse gas emissions. The company’s climate action plan will see it partner with franchisees and suppliers to reduce greenhouse gas emissions related to McDonald’s restaurants and offices by 36% by 2030 from a 2015 base year in a new strategy to address global climate change. Additionally, McDonald’s commits to a 31% reduction in emissions intensity (per metric ton of food and packaging) across its supply chain by 2030 from 2015 levels.

Great Blog to get excellent insight into marketing information. by jaydonaldson Oct 25