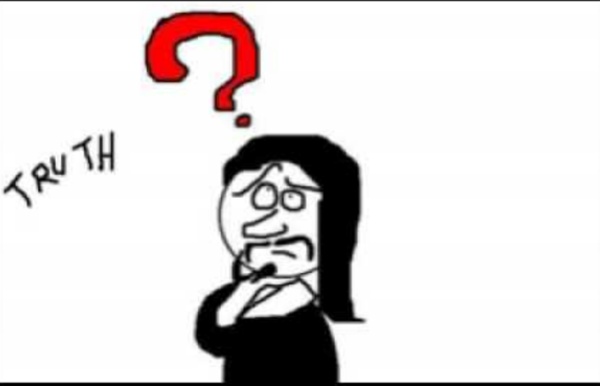 Les aventures de Tintin: Le secret de la Licorne (2011) Pocket Anatomy Tutorial 25: How to Study for Gross Anatomy (and Just About Everything Else) September 26, 2013 I started teaching fifteen years ago, as a graduate student at the University of Oklahoma in the spring of 1998. This document is a summary of everything I’ve learned about how students learn from then up until now. Here’s the summary. Learn how you learn.Use your solo study time to build things.Use your group study time to explain things to other people, and to have them explain things to you.Focus on the stuff that scares you; use your fear as an ignorance-detector.Review everything on a regular basis—for a given exam, daily if possible.Spread out your study time so you don’t study past the point of diminishing returns.Spend as much time in lab as possible.Learn to ask for help. 1. All of the rest of this advice will be many times more effective once you learn how you learn. 2. When you study, don’t just read your notes or watch videos. 3. I reckon that about half of what I learned in graduate school, I learned from my fellow grad students. 4. 5. 6. 7. 8. Like this:

5 Reasons Why A BATMAN BEYOND Film Should Happen Next Poster Layout: Pasta-Sushi / Character Design by Ritorian The more Batman Beyond I watch on Netflix the more I'm convinced that this would make a stellar next installment in the Batman movies. I loved the show as a kid, and like many other DC animated series of the era, I've grown and found the series still appeals to me in adulthood. 5. Like I mentioned earlier, Terry McGinnis is no Bruce Wayne, but that's what makes it interesting. Another great thing about Terry is that he doesn't always go by the book Batman. 4. First you had West, who was followed by Keaton. 3. You don't have to burden yourself with realism in Neo-Gotham. 2. Concept Art by Ritorian Future Gotham also equals future tech, which is good both for the new Batman and for us. It's been talked to death on this and several other blogs about how awesome this would be to see, and it bears repeating. Any other things you wish to add or disagree with?

All Batman Animated Feature Films And TV Series Ever Released! - a list by vishakbt1 The Secret to Never Being Frustrated Again Before we commence with the festivities, I wanted to thank everyone for helping my first book become a Wall Street Journal bestseller. To check it out, click here. We all get frustrated. The guy in front of you is driving like an idiot. And sometimes these all happen to you on the same day. What’s the fix for this? Albert Ellis was quite a character. Clever but a bit unprofessional, right? Here’s what Wikipedia says about his system: In general REBT is arguably one of the most investigated theories in the field of psychotherapy and a large amount of clinical experience and a substantial body of modern psychological research have validated and substantiated many of REBTs theoretical assumptions on personality and psychotherapy. His stuff works. So how can you never be frustrated again? The Tyranny Of “Should” Let’s cut to the chase, shall we? You don’t get frustrated because of events. And where did this idea start? You’re stuck in traffic and that makes you angry, right? Traffic happens.

master diagram of spinal nerves and muscles they innervate 700 × 464 - spinalhub.com.au 461 × 405 - ohsu2015.wikispaces.com 1026 × 798 - antranik.org 1299 × 1081 - en.wikipedia.org 421 × 600 - medical-dictionary.thefreedictionary.com 922 × 1200 - fionasmess.blogspot.com 200 × 180 - emedicine.medscape.com List of muscles of the human body This is a table of muscles of the human anatomy. There are approximately 642 skeletal muscles within the typical human, and almost every muscle constitutes one part of a pair of identical bilateral muscles, found on both sides, resulting in approximately 320 pairs of muscles, as presented in this article. Nevertheless, the exact number is difficult to define because different sources group muscles differently, e.g. regarding what is defined as different parts of a single muscle or as several muscles. The muscles of the human body can be categorized into a number of groups which include muscles relating to the head and neck, muscles of the torso or trunk, muscles of the upper limbs, and muscles of the lower limbs. The action refers to the action of each muscle from the standard anatomical position. These muscles are described using anatomical terminology. Head[edit] Scalp/Eyelid[edit] Extraocular muscles[edit] Intraocular[edit] Ear[edit] Nose[edit] Mouth[edit] Mastication[edit] Tongue[edit] [edit]

Terry McGinnis's Batsuit - DCAU Wiki: your fan made guide to the DC Animated Universe History This high-tech Batsuit was developed presumably to compensate for Bruce Wayne's advancing age and eventually passed on to Terry McGinnis when he became Gotham's new savior.[2] Despite being 30 years old,[3] its technology was so advanced that the Suit was still considered state of the art. The wide array of technology used to build the Suit is of unknown origin, exept for its servo-motors, which were supplied by Dr. Peter Corso.[4] Bruce combined and incorporated most of the features and concepts of previous costumes and other gadgets into this Suit, such as the flight capability of the Jet-Wing,[5] batarangs with auxiliary functions, grappling guns, bolas, and retractable claws,[6] among other things. It also gave the wearer superhuman strength, agility, and endurance. The cowl was replaced with a full face mask and the bat chest symbol was changed again. Paraphernalia Sightings Batman Beyond The Zeta Project "Shadows" Feature films Batman Beyond: Return of the Joker Static Shock