The Adventures of Tintin (2011 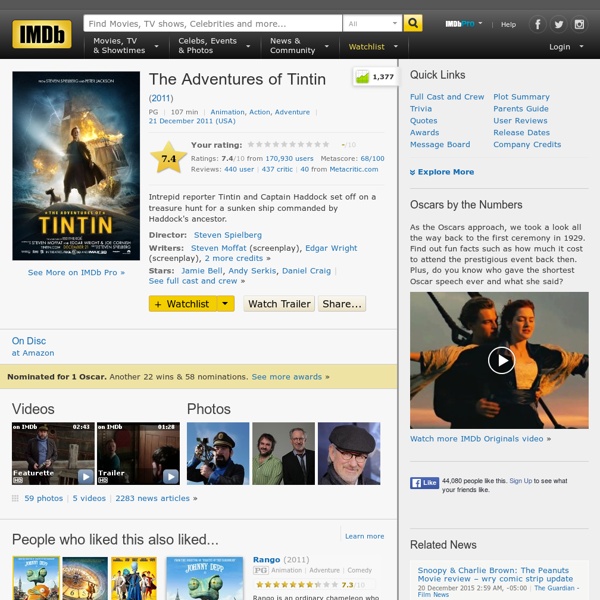 War Horse (2011 Pocket Anatomy Munich (2005 Tutorial 25: How to Study for Gross Anatomy (and Just About Everything Else) September 26, 2013 I started teaching fifteen years ago, as a graduate student at the University of Oklahoma in the spring of 1998. This document is a summary of everything I’ve learned about how students learn from then up until now. I’m setting it down in print because I found myself giving the same advice over and over again to students in one-on-one sessions—and at least for some of them, it’s made a difference. Here’s the summary. Learn how you learn.Use your solo study time to build things.Use your group study time to explain things to other people, and to have them explain things to you.Focus on the stuff that scares you; use your fear as an ignorance-detector.Review everything on a regular basis—for a given exam, daily if possible.Spread out your study time so you don’t study past the point of diminishing returns.Spend as much time in lab as possible.Learn to ask for help. 1. All of the rest of this advice will be many times more effective once you learn how you learn. 2. 3. 4.

Lincoln (2012 5 Reasons Why A BATMAN BEYOND Film Should Happen Next Poster Layout: Pasta-Sushi / Character Design by Ritorian The more Batman Beyond I watch on Netflix the more I'm convinced that this would make a stellar next installment in the Batman movies. I loved the show as a kid, and like many other DC animated series of the era, I've grown and found the series still appeals to me in adulthood. Sure Terry McGinnis is no Bruce Wayne, and the story lines can get a bit angsty, but it's still pretty damn good. In my spree of watching, I've compiled a list of five reasons why a BB movie should and needs to happen. 5. Like I mentioned earlier, Terry McGinnis is no Bruce Wayne, but that's what makes it interesting. Another great thing about Terry is that he doesn't always go by the book Batman. 4. First you had West, who was followed by Keaton. 3. You don't have to burden yourself with realism in Neo-Gotham. 2. Concept Art by Ritorian Future Gotham also equals future tech, which is good both for the new Batman and for us.

Catch Me If You Can (2002 All Batman Animated Feature Films And TV Series Ever Released! - a list by vishakbt1 A.I. Artificial Intelligence (2001