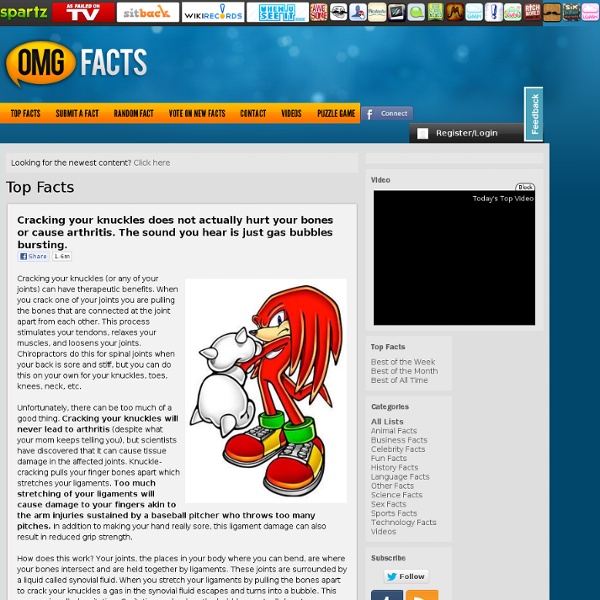 The earliest mention of beer in history was in the year 974. Today, hops is the main flavoring agent used in beer, but that wasn’t always the case. Before the 11th century, a compound called gruit was where beer got its flavoring. Gruit is made of several different plants, including Hyoscyamus Niger, commonly known as “Stinking Nightshade”. When Stinking Nightshade is consumed by humans and most animals, it releases chemical to the brain as natural defense system. Side effects from ingesting the plant include hallucinations, dilated pupils, the sensation of flight, extreme energy, flushed skin, and in some cases death.

RandomCreepyGuy.com March 22, 2011 Splits the gap! Interview: Shawna Trpcic Helps Torchwood, Firefly, and Dr. Horrible Get Dressed » MTV Geek A few weeks ago, Starz, the network that’s launching a brand new series of Torchwood, sent out a press release trumpeting the new coat John Barrowman would be wearing on screen. Between releases trumpeting new trailers, online games, and more, it stuck out to your faithful garment-challenged MTV Geek writer, but we put up a – some might say snarky – post, all the same. And then almost immediately, were corrected about certain details over Twitter by the designer of the coat, Shawna Trpcic.

Unfriendable L.A. Lakers: Latest News, Trade Rumors and Fallout from Epic Collapse Ronald Martinez/Getty Images LA Lakers End Three-Peat Hopes on a Sour Note The Los Angeles Lakers are done. After three straight NBA Finals appearances and two NBA titles, the team with Hall of Fame head coach Phil Jackson and one of the greatest players in the NBA in Kobe Bryant was swept from the postseason by the Dallas Mavericks.

Things People Said: Courtroom Quotations The following quotations are taken from official court records across the nation, showing how funny and embarrassing it is that recorders operate at all times in courts of law, so that even the slightest inadvertence is preserved for posterity. Lawyer: "Was that the same nose you broke as a child?"Witness: "I only have one, you know." Lawyer: "Now, Mrs. RandomCreepyGuy.com April 5, 2011 He's going where you're going. Don't post to facebook from Gameboy Color, Post from ALL THE THINGS! Exam Menu These examinations incorporate advanced HTML features so that a Web Browser that can handle frames, javascript, and cookies is required. Setting your monitor screen to a resolution of 800 x 600 or more, and decreasing the size of menubars if necessary, will also aid in viewing. Specific instructions about answering the questions are given below. General Pathology (Basic Mechanisms of Disease) Atherosclerosis-Thrombosis (Questions 1 - 48)