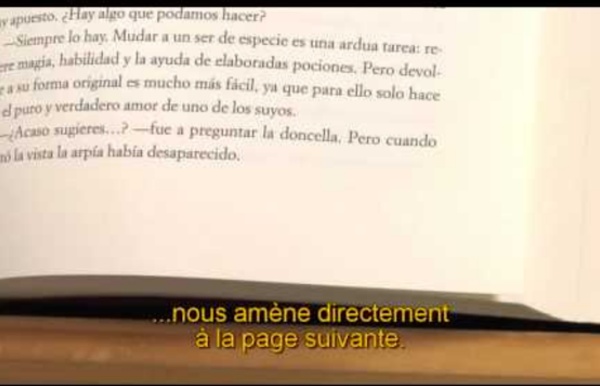 30 Useful iPad Apps for Business & Presentation Apple sold more than 1 million copies of iPads in the first 3 months. This gadget is definitely more than just a larger version of iPhone or iPod touch. With 4x the screen of an iPhone, the iPad’s display is ideal for reading and for presentations. In today’s post, we’d like to highlight some really useful iPad applications that might replace the things you do daily with your laptop or netbook. With a piece of iPad and these applications, you probably don’t need to carry a laptop around. Here are 30 useful iPad applications for Business and Presentation you might find handy on your next project pitch or business trip.

Web discovery engine Trapit launches iPad app — but it’s not another Flipboard Trapit, a discovery engine for web content from the group behind Siri, is releasing its iPad app Thursday after launching a public beta web version last November. With the introduction of its tablet app, Trapit plans to compete against news reading apps like Flipboard and Pulse — and thinks it will beat those companies by using artificial intelligence to offer adaptive personalized content. It is also planning to enter into publisher partnerships. Trapit’s web version has over 25,000 users a day and the company says they spend an average of 16 minutes per visit. The company is based in Palo Alto, Calif. and is venture-backed by Horizons Ventures and SRI International. As in the web-based version, users start by searching for a subject or URL.

Activité : Mon livre préféré What kind of books do the kids like reading? Who are they favourite characters? The kids have to draw the cover of their favourite book on a half A4 piece of paper, folded into two. Then, with the help of another A4 sheet they can easily make this reading figure. You will need 2 sheets of paper – a white one (for the book), and a coloured one (for the figure). The Digital Competence Framework 2.0 DigComp 2.0 identifies the key components of digital competence in 5 areas which can be summarised as below: 1) Information and data literacy: To articulate information needs, to locate and retrieve digital data, information and content. To judge the relevance of the source and its content.

Here’s How You Might Be Able To Watch Live TV, For Free, On Your iPad – AllThingsD Your iPad can do lots of things, but live TV generally isn’t one of them. With a few exceptions, the TV networks don’t want their programming going out live anywhere but your big screen, under their supervision. Here’s a start-up that wants to change that: Bamboom says it will let you watch live broadcast TV anywhere you can get a Web connection, on whatever device you want. Five New iOS 7 Features You Must Know About  mPortal Apple recently announced their latest version of their iOS software back in June, and they actually released it to public on the 18th of September, in anticipation of the new iPhone 5C and 5S models that will be release on September 20th. The biggest change that iOS 7 brings to the iOS devices is of course the new, cleaner more flat, user interface. However, iOS 7 also comes with some major changes to some of the functionalities of the iOS devices, and I will be highlighting a five key changes here. iOS7 Control Center iOS 7 Spot Light In iOS 6, users have a dedicated Spotlight screen to the left of the main screen of their iOS devices.

10 iOS 7 Features Brand Marketers Will Love iOS 7 presents big change for users, developers and marketers. Here are 10 iOS 7 features that brand marketers should embrace in the coming months in order to stay relevant. 1.