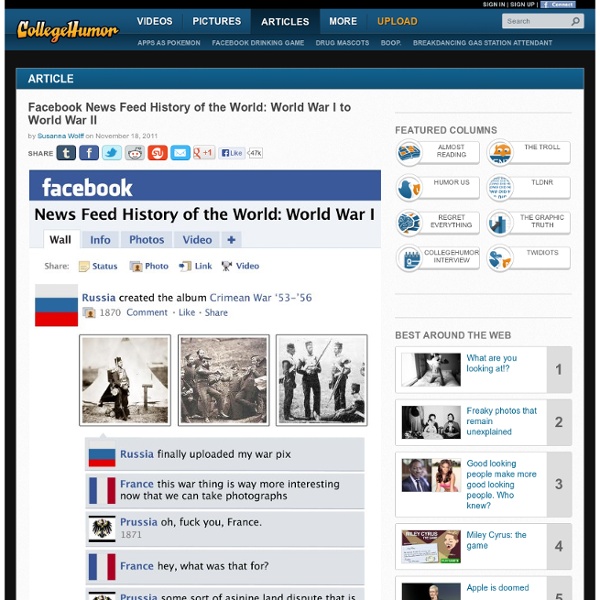 Dr Bronner's acid-dropping, Burner CEO profiled Mike from Mother Jones writes, "Josh Harkinson profiles David Bronner, the 40-year-old, hallucinogen-dropping, Burning Man-attending scion of the Dr. Bronner's soap empire, who channels roughly half of the company's substantial profits into activism, including the Washington State GMO-labeling bill that voters will decide upon tomorrow. Bronner, who favors the labeling of foods with GMO ingredients, has been arrested for planting hemp seeds on the DEA's lawn and for a performance-art protest where he milled hemp seeds in a cage outside the White House. He also sued the DEA (and won), so that his company could legally obtain hemp oil as a soap ingredient. Since David took over, Dr. At first, David Bronner (Jim's son) wasn't sure he wanted to become the next standard-bearer for the soap-making clan. How Dr.

Like Noah, We Trust God and Silence Human Will– Healings - BibleWise We view the Bible as our daily problem solver. We turn to the Bible for inspiration, insight, comfort, guidance, and answers for our troubled world. One individual shared the following healing: We all make many decisions throughout each day. As I read Noah's manual for building the ark, Gen. 6:14-16, I marveled at the specific instructions God gave to Noah. materials--gopher wood that was to be sealed with pitch inside and out; dimensions-length, width, and height; number of stories-three; a window and door. I also noted that one very important item was left out. In studying this story about Noah, I realized God was requiring Noah to trust him absolutely; to yield up all personal authority, decision-making, and control to God. An example of this occurred when I was a college sophomore. God just doesn't let us lose good when we trust God with all our heart. Would you please share the Bible verse you used, the insight you gained, and the healing results?

This Is What New York City Could Look Like In 2033 Architectural renderings allow us to peer into the future of our beloved city without a crystal ball. New York City has some big changes coming, and here are 17 future attractions that will transform the Big Apple as we know it. 1. The New Penn Station This summer a multibillion dollar plan will finally get underway to brighten up the dank rail station and better accommodate the 600,000 people that pass through it each day. Before: After: 2. The 1,776-foot Freedom Tower is slated for completion in early 2014, but construction on the surrounding skyscrapers, a performing arts center and a transportation hub are ongoing. 3. After more than a decade of controversy -- including scrapped Olympic and Jets stadium plans -- developers have crafted an ambitious plan to convert 26 acres of rail facilities into the largest private real estate development in city history. 4. 5 Pointz ... 6. 7. 8. 9. The Whitney Museum of American Art is relocating from the Upper East Side to the Meatpacking District.

How to Read Sheet Music: Step-by-Step Instructions Have you ever heard a song on the radio and thought, “Hey, it’d be really cool to know how to play that.”? Do you have friends who play musical instruments, and you want to get in on the fun? Do you just want to expand your general artistic knowledge? At its very simplest, music is a language just like you’d read aloud from a book. Follow our step-by-step introduction to the language of music below, download your FREE tools at the end of this article, and you’ll be playing along in no time at all. Step 1: Learn the Basic Symbols of Notation Music is made up of a variety of symbols, the most basic of which are the staff, the clefs and the notes. The Staff The staff consists of five lines and four spaces. Treble Clef There are two main clefs with which to familiarize yourself; the first is a treble clef. We use common mnemonics to remember the note names for the lines and spaces of the treble clef. Bass Clef Notes Every note has a note head, either filled (black) or open (white).

This Recently Married Man Just Realized Marriage Is Not For Him This is Seth Adam Smith and his wife, Kim. They've been married a year and a half, and Seth just realized: marriage is not for him. [/caption] He realized it's MUCH more than that. This is a recent entry from his blog. Time To Admit It: The Church Has Always Been Right On Birth Control Photo: Sergio Dionisio/Getty Painting the Catholic Church as “out of touch” is like shooting fish in a barrel, what with the funny hats and gilded churches. And nothing makes it easier than the Church’s stance against contraception.Many people, (including our editor) are wondering why the Catholic Church doesn’t just ditch this requirement. They note that most Catholics ignore it, and that most everyone else finds it divisive, or “out-dated.” C’mon! Here’s the thing, though: the Catholic Church is the world’s biggest and oldest organisation. So, what’s going on? The Church teaches that love, marriage, sex, and procreation are all things that belong together. Today’s injunctions against birth control were re-affirmed in a 1968 document by Pope Paul VI called Humanae Vitae. General lowering of moral standardsA rise in infidelity, and illegitimacyThe reduction of women to objects used to satisfy men. Does that sound familiar? As George Akerloff wrote in Slate over a decade ago,

Book review: Top Secret. Images from the Stasi Archives Top Secret: Images from the Stasi Archives, by Simon Menner. Available on Amazon UK and soon on Amazon USA Publisher Hatje Cantz writes: First publication of pictures from the archives of the Stasi, the East German secret police Almost 300,000 people worked for the East German secret police, per capita far more than were employed by agencies such as the CIA or the KGB. Not quite fifty years after the Berlin Wall was built, Simon Menner (*1978 in Emmendingen) discovered spectacular photographs in the Stasi archives that document the agency's surveillance work. Close combat. Surveillance of Mailboxes Surveillance of the United States Embassy Simon Menner has one of the most peculiar portfolios i've ever encountered. For one of his latest photo series, Menner spent 2 years searching through the Stasi archives, the majority of which were opened to the public shortly after the fall of the Berlin Wall. The props are amateurish, the poses are awkward and the result is grotesque beyond words.

How a Radical New Teaching Method Could Unleash a Generation of Geniuses | Wired Business In 2009, scientists from the University of Louisville and MIT's Department of Brain and Cognitive Sciences conducted a study of 48 children between the ages of 3 and 6. The kids were presented with a toy that could squeak, play notes, and reflect images, among other things. For one set of children, a researcher demonstrated a single attribute and then let them play with the toy. Another set of students was given no information about the toy. Gopnik's research is informed in part by advances in artificial intelligence. A Brief History of Alternative Schools New research shows what educators have long intuited: Letting kids pursue their own interests sharpens their hunger for knowledge. 470 BC Socrates is born in Athens. 1907 Maria Montessori opens her first Children's House in Rome, where kids are encouraged to play and teach themselves. 1919The first Waldorf school opens in Stuttgart, Germany. 1921A. 1999Sugata Mitra conducts his first "hole in the wall" experiment in New Delhi, India.

UK cops officially detained David Miranda for thoughtcrime David Miranda is journalist Glenn Greenwald's boyfriend, but he's best known for being detained under the Section 7 of the UK Terrorism Act while changing planes at Heathrow. The cops held Miranda for nine hours, the maximum allowed under law, without access to counsel, using powers intended to allow the detention of people suspected of connections to terrorism. But it was clear to everyone that Miranda wasn't connected to terrorism -- rather, the UK establishment was attempting to intimidate people connected to the Snowden leaks through arbitrary detention and harassment. Now that Miranda's lawyers are chasing down the people responsible, we're getting a more detailed picture of the process that led up to Miranda's detention. Before a Section 7 detention takes place, British cops have to file a form called a Port Circular Notice, and several drafts of the Notice used to detain Miranda have come to light. In other words: thoughtcrime.

Major World Religions and Their Beliefs about God By Marilyn Adamson We all want to make it through life with success, some sense that we did it right. So what about the major world religions? The following looks at the major world religions... *Each of these religions has sects with differing beliefs. Most Hindus worship one Being of ultimate oneness (Brahman) through infinite representations of gods and goddesses. Hindus believe their position in this present life was determined by their actions in a previous life. A Hindu's goal is to become free from the law of karma...to be free from continuous reincarnations. Hinduism gives a person freedom to choose how to work toward spiritual perfection. New Age promotes the development of the person's own power or divinity. Highly eclectic, New Age presents itself as a collection of ancient spiritual traditions. Anything negative a person experiences (failures, sadness, anger, selfishness, hurt) is considered an illusion. Buddhists do not worship any gods or God. The answer is yes.

Deliverance's inbred banjo boy The dueling banjo scene in John Boorman's Deliverance (1972) is one of my favorite musical moments ever in a film. It's simultaneously delightful, funny, and deeply creepy. I watched the clip recently and decided to find out who played Lonnie, the young inbred fellow picking opposite Ronny Cox. The actor is Billy Redden from Rabun County, Georgia who was 15-years-old at the time. Redden was "discovered" during a casting call at his school in Clayton, Georgia. Special effect makeup was used to augment Redden's already-unusual features. Redden's IMD profile says that for a time Redden gave "Deliverance Tours" along the Georgia river where the film was shot. Below, a video interview with Redden from last year.