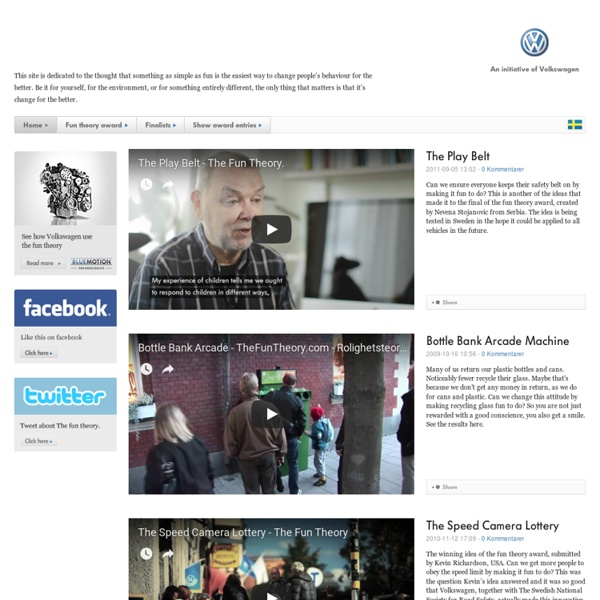 Richard A. Bartle: Players Who Suit MUDs Richard Bartle[1] MUSE Ltd, Colchester, Essex. United Kingdom.richard@mud.co.uk Four approaches to playing MUDs are identified and described. These approaches may arise from the inter-relationship of two dimensions of playing style: action versus interaction, and world-oriented versus player-oriented. An account of the dynamics of player populations is given in terms of these dimensions, with particular attention to how to promote balance or equilibrium. Gamestorming Think back to the last time you played a game. What was the game? Why did you choose to play? Was it a simple game like tic-tac-toe, or something more complex, like Monopoly, Scrabble or Chess? Urban Furniture Smart Ideas for Smarter Cities Did you ever need a ramp for your luggage (or bike), or a shelter from a sudden downpour, or a place to sit down and tie your shoe? IBM believes that city life can be awfully inconvenient–and that cities should be designed with the needs of ordinary citizens in mind. Many brands talk about making their communications output useful, but they’re usually talking about apps or other digital or social programs. IBM has taken the idea of utility and applied it to the traditional outdoor ad. The company has launched a series of outdoor ads that double as functional surfaces for the “People For Smarter Cities Project.”

Questioning Toolkit Essential Questions These are questions which touch our hearts and souls. They are central to our lives. They help to define what it means to be human. Most important thought during our lives will center on such essential questions. What does it mean to be a good friend? Augmented Reality in Education String Augmented reality is a 3D learning environment which connects real and virtual world. It provides interactive tools for learning, and fosters informal learning. Besides, augmented reality increases motivation and engages learners. Above all, augmented reality is good for kinesthetic learners; it enables learners participate interactively with computer generated simulations.

Game mechanics Game mechanics are constructs of rules intended to produce a game or gameplay. All games use mechanics; however, theories and styles differ as to their ultimate importance to the game. In general, the process and study of game design, or ludology, are efforts to come up with game mechanics that allow for people playing a game to have an engaging, but not necessarily fun, experience. Game mechanics vs. gameplay[edit] Gameplay refers to the overall game experience or essence of the game itself. There is some confusion as to the difference between game mechanics and gameplay. Trip's GeoAdventures If there was ever a cache that everyone should try once, pict-o-caches would likely be near the top of the list. They take aspects of several different types of caches and join them together to make a cache that everyone can participate in and enjoy. But how do they work? First, we need to establish what they are…

Snog Pure Frozen Yogurt, London Like this? Snog Pure Frozen Yogurt was founded in London, 2008 by Rob Baines and Pablo Uribe. They offer high quality frozen yogurt in well designed spaces with site specific light installations created by London based design studio, Cinimod Studio who were responsible for all of the permanent UK store’s designs, including all architectural and lighting design. With 7 locations now open, and a further dozen currently being rolled out across South America, Europe and the Middle East, Cinimod Studio relishes the challenge to keep pushing the store design as far as possible. In particular, the lighting designs have become a ‘signature’ of the Snog identity, and play a crucial role in the ever-expanding social network media presence that Snog enjoys.

Where Creativity Comes From Creativity has enabled humans to conquer every corner of this planet. Indeed our yen for innovation is one of the most salient characteristics of our kind. Yet our species is not the only one given to inventiveness. 3 Steps to Creating an Awesome Virtual Museum in Class You're spending an afternoon browsing the exhibits at an art museum. If you're anything like me, you'd probably appreciate the art a lot more if you could bring someone along that could explain the history and nuances of the pieces on display. Now imagine pointing a device at the painting and seeing it morph into a dynamic video giving you all the information you wanted about the art. Welcome to augmented reality. Virtual reality replaces the real world with an artificial, digital environment.