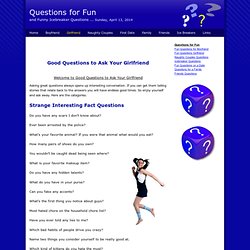 If you can get them telling stories that relate back to the answers you will have endless good times. So enjoy yourself and ask away. Here are the categories. Strange Interesting Fact QuestionsDo you have any scars I don’t know about? What's your favorite animal? How many pairs of shoes do you own? You wouldn’t be caught dead being seen where? HOW TO: Use Game Mechanics to Power Your Business. Shane Snow is a regular contributor to Mashable and tweets at @shanesnow. 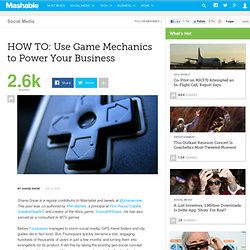 Serious Games. (Serious) Game. Gamification. How Gamification Works - 3D GameLab. Instead of courses consisting mainly of textbook learning and lectures, classes built using game mechanics such as badges, experience points, levels and leaderboards, boost student engagement by allowing students to choose from “quests” and progress at their own pace through a series of educational activities. 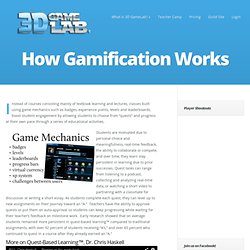 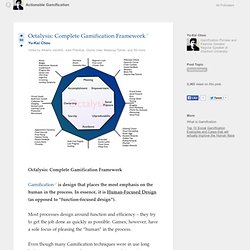 In essence, it is Human-Focused Design (as opposed to “function-focused design”). Most processes design around function and efficiency – they try to get the job done as quickly as possible. Games, however, have a sole focus of pleasing the “human” in the process. Gamification Blogs. Gamification Providers. Le serious game : LA nouvelle manière d’apprendre. Le digital bouscule les méthodes d’apprentissage. 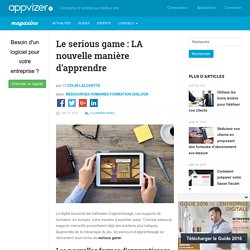 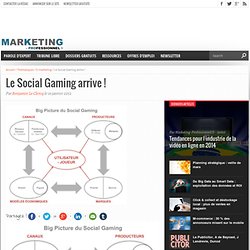 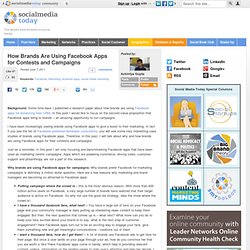 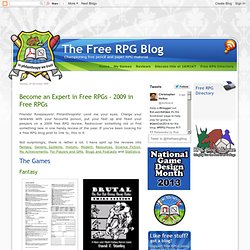 Roleplayers! Philanthropists! Lend me your eyes. Charge your tankards with your favourite poison, put your feet up and feast your peepers on a 2009 free RPG review. Rediscover something old or find something new in one handy review of the year. Not surprisingly, there is rather a lot. Fantasy Adventurer A one page fantasy RPG, whose review takes longer to read than the game. Brutal Brutal has a single aim: to make a combat system that is as rich and gloopy as the congealing blood of your slain enemies.

Dark Dungeon. Welcome to Method of Action. Gamification. Trip's GeoAdventures. If there was ever a cache that everyone should try once, pict-o-caches would likely be near the top of the list. 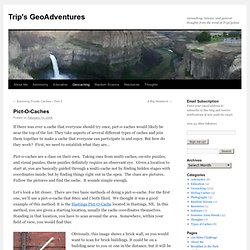 They take aspects of several different types of caches and join them together to make a cache that everyone can participate in and enjoy. But how do they work? First, we need to establish what they are… Pict-o-caches are a class on their own. Taking cues from multi-caches, on-site puzzles, and visual puzzles, these puzzles definitely require an observant eye.

Let’s look a bit closer. Obviously, this image shows a brick wall, so you would want to scan for brick buildings. Examining the photo, you at least now that it is near a window. Now, you can be certain that this is the corner of a building, and along the roof. This is the overall idea of this type of pict-o-cache. But I said that this the above method is just one type of this style of puzzle cache. I have not actually gone after one of this method. Either method provides an interesting caching experience. May Day Mystery:Historical Madness. 7 Examples: Put Gamification To Work - The BrainYard. Gamification. 10 serious games pour se former réellement. Gamification: What it means and how you can use it. A group of scientists were struggling to solve a thorny problem: They were studying the structure of an enzyme similar to HIV, trying to understand the stability of the enzyme. 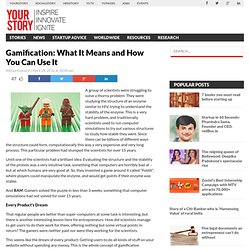 This is a very hard problem, and traditionally scientists used to run computer simulations to try out various structures to study how stable they were. Since there can be billions of different ways the structure could form, computationally this was a very expensive and very long process. This particular problem had stumped the scientists for over 15 years. Until one of the scientists had a brilliant idea: Evaluating the structure and the stability of the protein was a very intuitive task, something that computers are horribly bad at – but at which humans are very good at. So, they invented a game around it called “FoldIt”, where players could manipulate the enzyme, and would get points if their enzyme was stable. And BAM. Every Product’s Dream So, how can you use it?