Vince Carducci - Dazed & Confused: The 1970s and the Postmodern Turn. Ike the loop of Brady Bunch episodes ubiquitously playing across the 500-channel wasteland of cable TV, the decade of the 1970s is a specter haunting the American popular imagination. 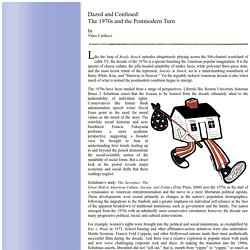 It is the specter of cheese culture, the jelly-headed amiability of smiley faces, white polyester three-piece suits, and the most recent return of the repressed, Starsky & Hutch, set to a mind-numbing soundtrack of Barry White, Kiss, and “Stairway to Heaven.” Yet the arguably tackiest American decade is also when much of what is termed the postmodern condition began to emerge.

The 1970s have been studied from a range of perspectives. Liberals like Boston University historian Bruce J. Schulman assert that the lessons to be lea rned from the decade ultimately attest to the inalienability of individual rights. For example, women’s rights were brought into the political and social mainstream, as exemplified by Roe v. Changes on the production side coincided with new demands on the part of consumers. The Fun Theory. Creative Staircase... BINARIO - MULLEADY. A Moment for the Selk'nam. A Moment for the Selk'nam by Chris Nelson The Selk'nam lived in the remote southernmost tip of South America among the islands now known as Tierra del Fuego, the continent's last tribe to be encountered by European explorers. 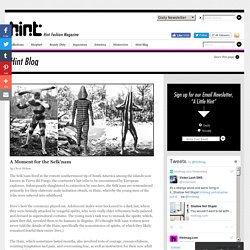 Subsequently slaughtered to extinction by ranchers, the Selk'nam are remembered primarily for their elaborate male-initiation rituals, or Hain, whereby the young men of the tribe were ushered into adulthood. Here's how the ceremony played out. Adolescent males were beckoned to a dark hut, where they were brutally attacked by vengeful spirits, who were really elder tribesmen body-painted and dressed in supernatural costume.

The Hain, which sometimes lasted months, also involved tests of courage, resourcefulness, resisting temptation and pain, and overcoming fear, as well as instruction for their new adult responsibilities. The last and comparatively small Hain took place about a century ago, photographed by the missionary Martin Gusinde. No one did 70s space disco like The... - Hint Fashion Magazine. Www.elezea.

Vitruvious. Self-portraits. Psychology. Artist Book. Performance Art. Artists. Type. Find Your Illustration Style - Experimenting Wth Different Techniques. My Art Portfolio (Accepted at Parsons, SAIC, UAL) + Application Advice! Goldfish 3D art frozen in time. Best Images Collections HD For Gadget windows Mac Android. You can Download Modern Art Posters 1200x900 px or full size click the link download below [ Download Original Resolution ] Just click download link in many Resolutions at the end of this sentence and you will be redirected on direct image file, and then you must right click on image and select "Save image as". 60 × 60 / 200 × 135 / 768 × 576 / 507 × 380 / 160 × 120 / 1200 × 900 See also related to Modern Art Posters images below Thank you for visiting Modern Art Posters If you found any images copyrighted to yours, please contact us and we will remove it. 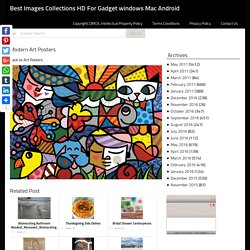 Contemporary art posters. Watch Online The Beauty of Oil Painting with Gary Jenkins - Watch Series. Monoskop. Contemporary art museums: Home of the brave. THE view north from the top of Tate Modern’s new twisted ten-storey extension (pictured), which opens on June 17th, is among the finest in London: a perfectly aligned panorama of St Paul’s Cathedral in all its Baroque beauty. 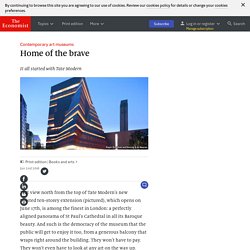 And such is the democracy of the museum that the public will get to enjoy it too, from a generous balcony that wraps right around the building. They won’t have to pay. They won’t even have to look at any art on the way up. “Museums now are places where people come to meet each other and have a conversation and a good time,” says Sir Nicholas Serota, director of the Tate Galleries. “I’m happy about that.” The eating and meeting places have been part of Tate’s appeal ever since this former power station, converted by Herzog and de Meuron, a Swiss firm, opened in 2000. Tate Modern’s original permanent exhibition was sniffed at for its patchy content and occasional holes. Modernism even happened in London, though it wasn’t much loved there. Arts & Letters Daily - ideas, criticism, debate. An Error Occurred Setting Your User Cookie.